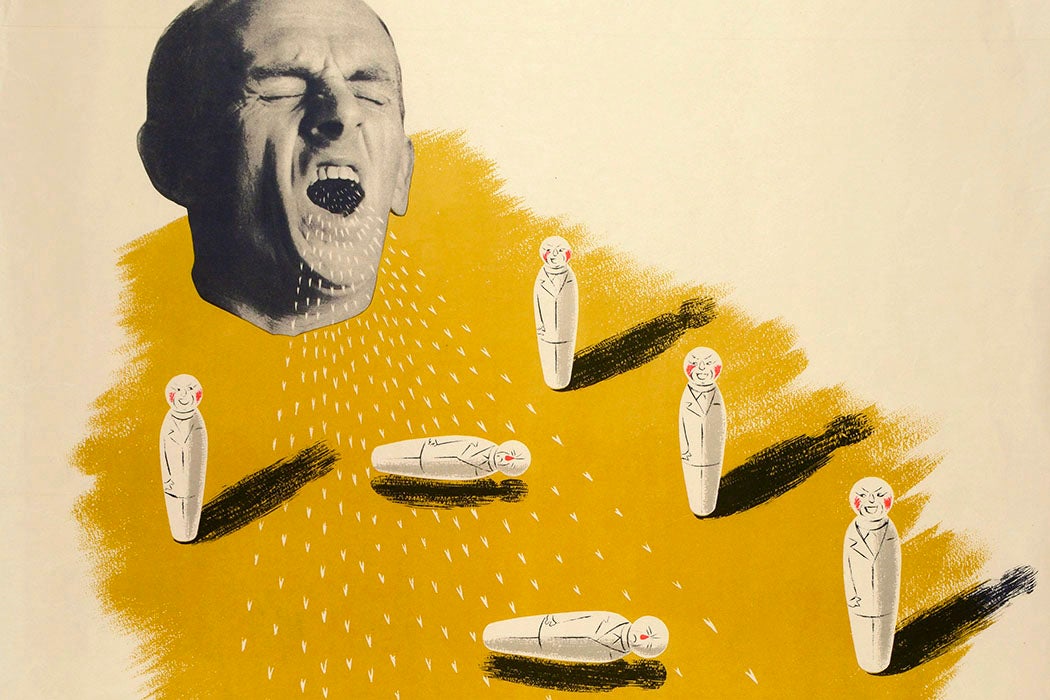 For many of us, winter is the season of runny noses, coughs, body aches, and stomach bugs. And what else can you expect when it’s so cold and damp outside, with snow and slushy rain that chills you to the bone?

Actually, that’s a common misunderstanding. Throughout history, cold-weather theory has been invoked to explain colds (and sometimes the flu). “The belief that exposure to cold, and particularly damp weather, causes colds dates back at least to Hippocrates and his theory of bodily humors,” writes psychologist Carol K. Sigelman.

For decades, though, no deliberate experiments were executed to explore the connection between colds and exposure.

So why does the theory endure? Around the world, it’s consistently true that colds are more common during the colder, wetter months. For decades, though, no deliberate experiments were executed to explore the connection between colds and exposure. That’s why, in 1946, a team was formed in Britain specifically to research the common cold. Appropriately named the Common Cold Unit, the team conducted extensive tests on human volunteers.

In a 1948 lecture delivered to the Royal Society of Arts, virologist and CCU founder Christopher Andrewes admitted that investigating the common cold had only led to “one unanswered question after another.” It seemed “safe to agree that chilling alone cannot give you a cold,” he said, but “in point of fact we do not know why this is.” Yet Andrewes acknowledged the steadfastness of this folk belief.

On the other hand, observed Andrewes, colds were least prevalent in the coldest parts of the world. It “is the well-attested fact that Arctic explorers, exposed to all sorts of hardships away from civilisation, will get no colds,” he said.

But could prolonged exposure to cold weather or extreme temperatures at least weaken the immune system? Sigelman describes a 1968 CCU experiment where “participants were infected with cold viruses or required to stand in a cold room in wet bathing suits for half an hour, or both. People who were merely exposed to the cold did not develop colds, whereas the two inoculated groups did, and at equal rate.”

As scientists at CCU continued to study the common cold, they were able to piece together more and more of the puzzle: Being run-down or stressed increases vulnerability to colds, germs live longer in cold weather, and these germs are likely spread by droplets. (To rule out mouth-to-mouth contact as a potential route of transmission, a 1982 New York Times article describes an experiment where volunteers were commissioned to kiss “for a full 90 seconds.”) The pioneering research unit was closed in 1989.

So, after decades of investigation, what’s the verdict? Why is winter prime time for colds? The likeliest explanation, offers Sigelman, is that “the season of worst weather is also the season when people spend a good deal of time indoors, swapping germs, and when certain cold and flu viruses may also be more prevalent.”

Still, it’s easy to see why people keep getting their wires crossed. One possible reason for the pervasiveness of the belief, Sigelman argues, is the fact that “going out in cold weather produces cold-like symptoms, such as teary eyes, runny noses, and chills.” Or maybe it’s even simpler than that: “Perhaps [it’s] because a cold is, after all, called a cold.”

The Measles Might Make Your Body “Forget” Its Own Immunity

Scientists have found that sometimes people infected with measles later develop "immune amnesia": their bodies don't remember being sick, even with other viruses.