Nikola Tesla, the audacious futurist and groundbreaking inventor, once claimed to have invented a death ray that would end all war. 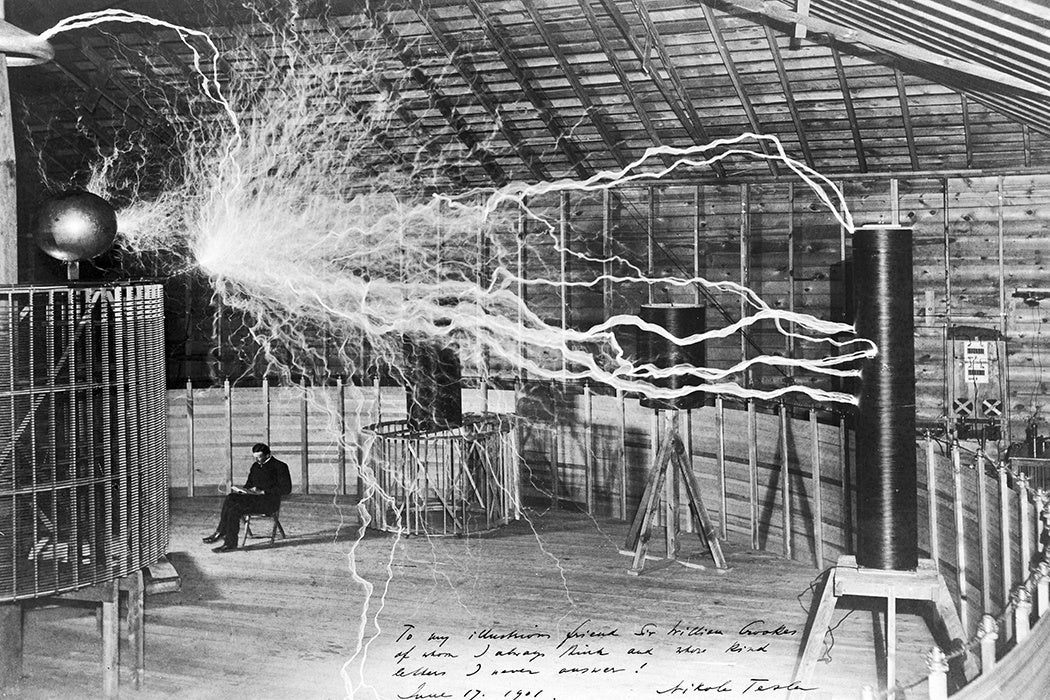 A staged, double-exposure image of Tesla in his Colorado Springs lab with Magnifying transmitter in 1899
via Wikimedia Commons
By: Erin Blakemore
4 minutes
Share Tweet Email Print

Nikola Tesla, the audacious futurist and groundbreaking inventor, is best known for his advances in electricity, circuits, and mechanical design. Fewer people remember that in the 1930s, he announced the invention of a beam so powerful, it could make war obsolete. William J. Fanning, Jr. does, though—and he sees Tesla’s experiments as part of a larger American obsession with science fiction and political conflict.

Tesla’s concept—a concentrated energy beam capable of bringing down aircraft and killing thousands—was not new. In fact, writes Fanning, it was just one of a long line of proposed death rays that took the world by storm during the 1920s and 1930s. Though H.G. Wells wrote about a deadly heat ray in 1898, talk about death rays really heated up after World War I. Weary of a war that had killed over eight million people and injured millions of others, the public began to fantasize about a weapon capable of ending war entirely. Convinced that another war was imminent, writes Fanning, the media began to cover “death ray” concepts and the public engaged in a broad debate about such weapons’ feasibility.

Though nobody was quite sure how a death ray might work, it seemed to make sense to apply newly-harnessed energy sources, like X-rays and electricity, to create one. A long line of inventors and futurists began to trot out their concepts, each more fantastical than the other; rumors circulated that the great powers were developing their own. “Both individuals and governments periodically reported that they had similar weapons in their possession”—including Nikola Tesla.

Tesla once claimed to have invented a death ray that would end all war.

Tesla’s 1934 announcement occurred in more than a sci-fi context. Not only did scientists like Jacques Brettmon and Henry Fleur successfully demonstrate inventions that could kill at short range, but apparently international governments were serious about death rays. Perhaps the most notorious invention to emerge from a governmental search for death rays was a different, but equally impressive, breakthrough: radar. As individuals and governments worked on death rays, comic book artists and authors gave the fanciful technology to superheroes and villains and, writes Fanning, the idea was a popular trope as early as 1928.

Tesla himself entered the death ray fray in characteristically brash form in July 1934, when he announced that he had invented a way to send concentrated particles through the air. The “death beam,” reported The New York Times, would be a defensive weapon that could kill an army of one million in an instant and “make every nation safe against any attack by a would-be invader.” In a letter to a colleague at Westinghouse a few months before the announcement, Tesla admitted that he was “at a loss to see how to carry it out” and that the project was likely to never have funding, but that he felt it was a “solution of the most pressing problem of humanity…that of insuring peace.” The inventor floated the idea of a peace-oriented ray to multiple governments, but as World War II marched into inevitability, the expense and dubious effectiveness of the never-demonstrated ray led to its abandonment. Tesla was famously taciturn about his invention, and today it is unclear whether funding, simple logistics, or political dealings turned the ray into the stuff of mere sci-fi.

Death rays eventually fell out of favor, and though laser weapons that can shoot across a mile are now being installed on military drones and boats, the astonishingly powerful energy-directed weapon envisioned by Tesla never came to be. According to the U.S. Army, this might change by the 2020s—only about a century after the idea of the death ray so inspired Tesla. This time, however, energy-directed weapons would be used for war, not peace, disproving Tesla’s theory that given the right weapons, countries could cancel out the need for conflict. 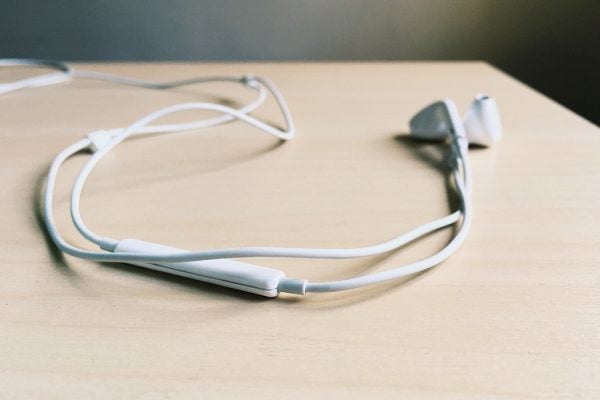 Why Do Some People Get “Skin Orgasms” from Listening to Music?

Have you ever been listening to a great piece of music and felt a chill run up your spine? The science behind "skin orgasms," or frisson.