The Austronesian concept of “mana” helps us understand that behind the monolithic “magic” of modern power and authority, there is a fragile human dimension. 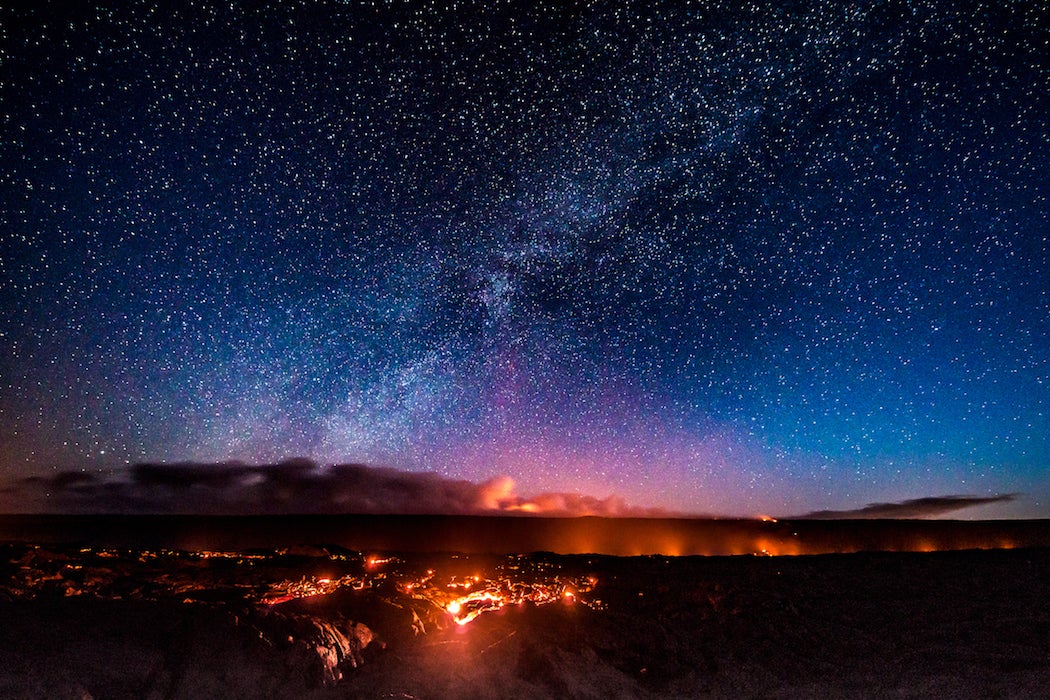 The ongoing public debate over the recent Brett Kavanaugh hearings might suggest there’s a lot to learn about how power, particularly the power of speaking, can persuade us one way or another. Do we tend to blindly believe and support someone because powerful, authoritative, or prestigious forces vouch for and protect that person? Or do we look for other signals to indicate credibility?

During the Kavanaugh hearings, Dr. Christine Blasey Ford’s testimony was officially allowed to be heard by those in power, all around the world, unlike other Kavanaugh accusers, perhaps at first because of her credentials (the word “credentials,” by the way, comes from the same Latin root—credere, “to trust, believe”—as “credibility”). Polls showed that Brett Kavanaugh’s aggressive performance and lack of candor as he evaded basic questions made him less believable, including to many of his legal colleagues and fellow judges, despite his elite background. Many believe Kavanaugh regardless of his outbursts, perhaps because they believe in the authority of the powerful institutions that support him.

The hearings bring up an interesting linguistic phenomenon. Without thinking, we might assume a nebulous, unquestionable power belongs to the words of the person who succeeds to some office, whether it be the President, a Senator, or a Supreme Court Justice. Authority is almost godlike in this way.

This power sometimes seems vast and immovable. But many people are waking up to the fact that this power is very much constructed, through laws and authority agreed upon and given by a very human collective, within a system of their making, in order for a community to work together to perform extraordinary, almost miraculous feats (such as building a civilization or society). They therefore have the power to withdraw it or support it, and of course it remains to be seen how that eventually plays out in elections.

The Meaning of Mana

To get some clarity on the assumptions we make about power, we might consider a much debated and rather mysterious metaphysical Austronesian concept known as “mana,“ particularly as it is used in Hawai’ian (the language of a native indigenous people of the United States, regardless of Judge Kavanaugh’s past opinions). We may often borrow words from other languages that seem to neatly encapsulate or clarify an idea that we can relate to—we could all probably do with some hygge right now, for instance—and mana seems to convey a nuanced understanding about power that can be lost in English.

Of course, if mana sounds familiar to you, you might be a wizard in your spare time or know one who is, because mana is known as a finite unit of magic energy in fantasy and sci-fi settings, role-playing games such as Dungeons & Dragons, or online games, such as World of Warcraft. In this iteration, one who has mana is enabled to cast a variety of spells, at least until the magical mana runs out. In this context, power is something you can obtain from drinking from a magic potion, like beer. Once you have it, you can use it, no questions asked.

Mana is also well known to aficionados of New Age spiritual practices as a kind of “life force” energy that comes from within, so readers might well be feeling a little dubious at this point.

But mana, as it exists now in English, seems to have been borrowed out of all meaning from its more complex metaphysical and politically nuanced origins. It says something that such an important and advanced concept in one culture transformed into an exotic, fantastical notion in another.

In Hawai’ian, the concept of mana implies that power is not some untestable divine essence we have because of where we were born or who our parents were, but must be given to us based on our words and actions by the community around us.

Mana as a concept is widely spread throughout the Pacific. It is difficult to describe and covers a variety of meanings. Different sources have somewhat fuzzily translated mana as “power,” such as divine, miraculous or supernatural power, authority, prestige, effectiveness, truth, or even luck, in which a person with mana can visit consequences onto someone who has wronged them, with perhaps a moral element to this power.

In anthropological circles its meaning was once much hotly debated ever since it was first reported in the missionary R. H. Codrington’s The Melanesians in 1891. Codrington described mana as “what works to effect everything which is beyond the ordinary power of men, outside the common processes of nature” which does seem to emphasize the sense of a supernatural power, especially for those who are looking for it. Read another way, it could also describe, say, a collective, very human effort working together to achieve some remarkable, no less miraculous enterprise than magic spells, such as building the pyramids or even the internet.

The Polynesian Concept of Power

This notion of a primitive psychic energy was an exciting new idea to Victorian scholars, who, as later research argues, were already fixated on religion and the occult, and projected their own stereotypes and beliefs about Pacific cultures onto this novel idea, in the absence of linguistic usage. This widespread meaning of mana, that of a supernatural power or psychic energy, was seen as an naive marker of the kind of primitive Pacific religion that appears in questionable tropes such as cargo cults or the white savior who is instantly worshipped by primitive and naive islanders as a god.

Some of these corrupted senses of mana appeared to be later acquired through language change or came back into a culture through colonial and missionary influence, becoming strongly associated with church and religion. It can be hard to say, and certainly for many, there is an element of the divine in mana, though perhaps not how we generally understand it. This was how mana became widely associated with fantasy, science fiction, video games, and appropriated into New Age spiritualism, such as in the fake Hawai’ian religion Huna, as one among many exotic, othering cultural artifacts.

But how mana has been used natively has been shown to be so much more nuanced than it’s been given credit for. Indeed, it also reveals how much more advanced some Polynesian cultures are in how they conceptualize this idea of power and authority, compared to Western assumptions of power. As one scholar put it “Nothing human was truly foreign to the Hawaiians—if not always the other way around.”

If we look at linguistic data from how mana is used in places like Aotearoa New Zealand and Hawai‘i, now and in the past, we see that the concept of mana, rather than being a mysterious supernatural power, is explicitly tied to practical political power and authority that is accountable to laws and morals, as well as human enterprises and efforts working in unison. One who has mana also has prestige and authority, upheld and supported by a collective. Mana is not just about blind power, however, and is not taken for granted as something from within or a birthright, but is constantly tested by those around you.

Even if you’re a god.

Noenoe K. Silva in Mana Hawai’i: An Examination of Political Uses of the Word Mana in Hawaiian, looks at the use of mana in historical Hawai’ian texts and makes several interesting observations. In early newspaper examples, Silva reports how “haole” (white American) missionaries would appropriate “mana” to talk about God’s power. For the missionary, God’s mana is assumed to obviously exist regardless of whether anyone believes in God, where gods are not subject to the laws of power.

In striking contrast, Hawai’ian writers at the same time assumed that “God has mana because a variety of sentient beings […] listen to him when he speaks. God’s mana is conceptualised as performed in speech, and is dependent on someone listening. Deities do not have mana unless some being(s) interact with them in some way.”

This is an important distinction. Mana is most powerfully performed in language, with the idea that from words come actions, used to declare laws, constitutions, punishments, and reveal ethics, morals, truths. In fact the other word for power used in the Hawai’ian constitution was olelo, which also means speech, language, word, statement, as well as to say or to tell, which Silva observes shows how seriously verbal pronouncements could be taken by Hawai’ian people. The idea of power, prestige, and authority is very much bound up with language and the use of language, but also how those around you respond to it and how they judge your credibility and how you are made accountable for your actions.

Mana in this way is a tentative power, existing at the will of the people. It often has a collective, social, and moral sense in a way that “power” in English doesn’t. Significantly, in Hawai’ian, the concept of mana implies that power comes from somewhere—it doesn’t reside within us as some untestable divine essence because of where we were born, who our parents were, or what school we went to, but must be given to us based on our words and actions by the community around us. A leader, even a big chief, king or queen, or a god, has mana if people listen to that leader and follow their pronouncements. But a leader is not above a moral code, can be tested, and can even lose that mana, as Silva points out. Power is crucially human. Even a god can be made accountable.

In practical terms, collective decision-making and assignment of power is familiar to us in the current political context. Unlike mana, however, once political authority is given, it’s hard to take it away, regardless of what the majority of the people think. More and more, the people seem to lack a voice, no matter how loud the protests, and are not truly listened to by those in power. Perhaps that will change. 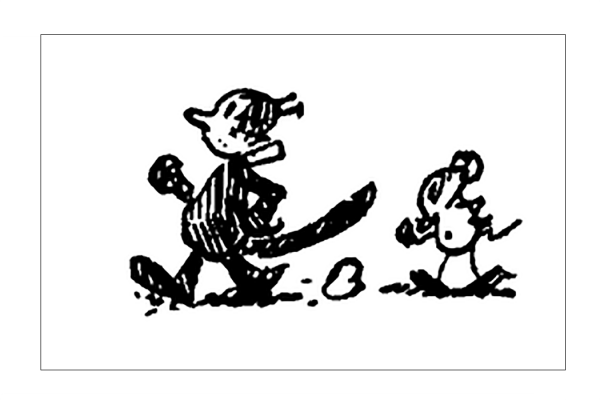 Behind the slapstick antics in this beloved comic strip simmered ambivalence about color and race.