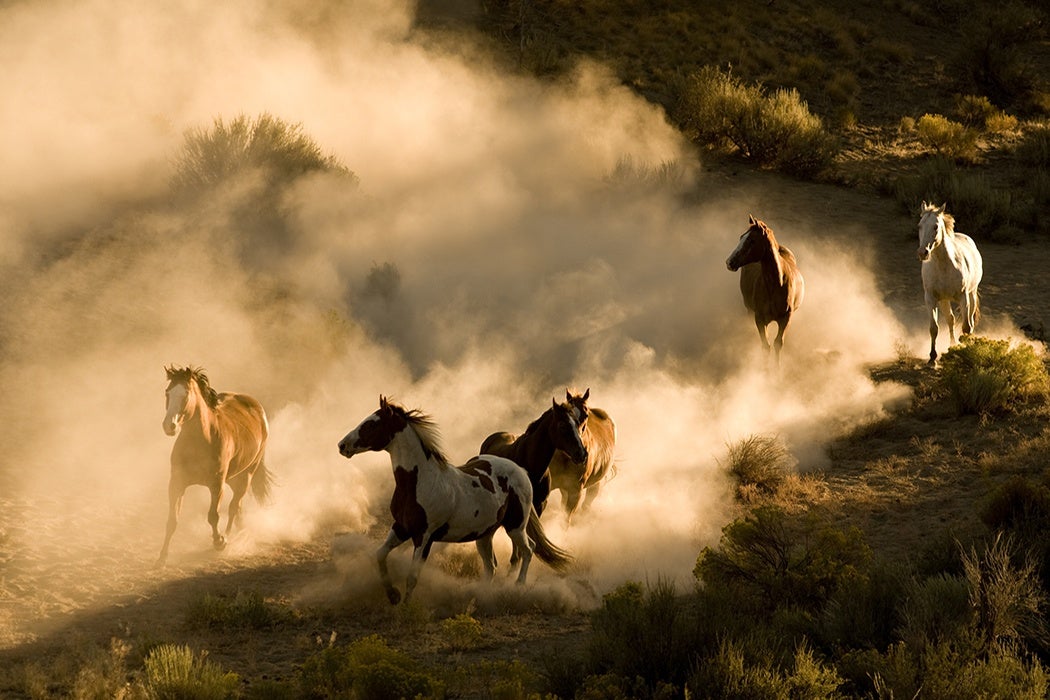 Mustangs, as the wild horses of the American West are known, represent something different for everyone. Today, tens of thousands of the animals roam pockets of the west, and love them or hate them, nobody really knows what to do with them. To ranchers, they are a menace. To animal rights activists and romantics, they represent the glory of the Old West. A potent symbol of the pioneer spirit, mustangs are synonymous with powerful cars and countless beer ads. To Federal Authorities, however, they are an expensive headache.

Mustangs have posed a conundrum ever since horses were first reintroduced to North America by Spanish explorers in the 1500s. Horses originally roamed North America during the Pleistocene, but were extinct by 7500 years ago at the latest. Modern mustangs are the descendants of escaped Spanish horses. With the exception of mountain lions, mustangs have few natural predators and have thrived in the arid west. Eventually mustang populations grew to the point that managers had to loosen restrictions on killing them to prevent uncontrolled growth.

Some research suggests that the horses have pretty severe impacts on the places where they roam.

In 1971, mustang numbers dropped, and citizens concerned about losing a western icon lobbied congress for their protection. The result was the Wild Free Roaming Horses and Burros Act. Under the act, population control had to be humane, and killing a last resort; due to activist pressure, in practical terms killing hardly ever happens. Horses can be adopted, although ornery feral horses are not popular. The majority of mustangs either roam in limited wild areas or, more often, wind up on managed lots where ranchers are paid a fee to maintain them. While some benefit from the fees, most ranchers view mustangs as competitors for scarce grazing resources for their own livestock. Federal officials see them as an invasive species, damaging to fragile ecosystems.

What is their actual impact? Despite the vitriol surrounding the conflict, actual controlled research on mustang impacts is rare. What research there is, however, suggests that the horses have pretty severe impacts on the places where they roam. In a study from Nevada’s Great Basin, plots where horses were excluded had significantly more vegetation, more plant species, and more small mammals than areas where horses grazed. The damage was greatest of all, however, where both wild horses and cattle grazed together.

The results of the Great Basin study suggest that ranchers and wildlife managers have a point: mustangs do seem to be damaging landscapes, and livestock may be harmed as a result. But it also seems likely that livestock are just as damaging to fragile habitats as the mustangs. In the end, both mustangs and cattle both threaten the western landscape they inhabit and symbolize—and both are politically untouchable. 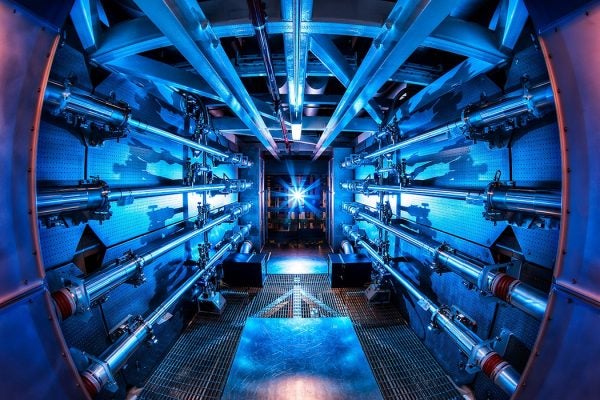 The Problem With Nuclear Fusion

For decades physicists have pursued a long-shot approach to clean power—nuclear fusion.