In fascist Italy, childbirth, breastfeeding and motherhood were given a hybrid structure of industrial management and eugenicist biological essentialism. 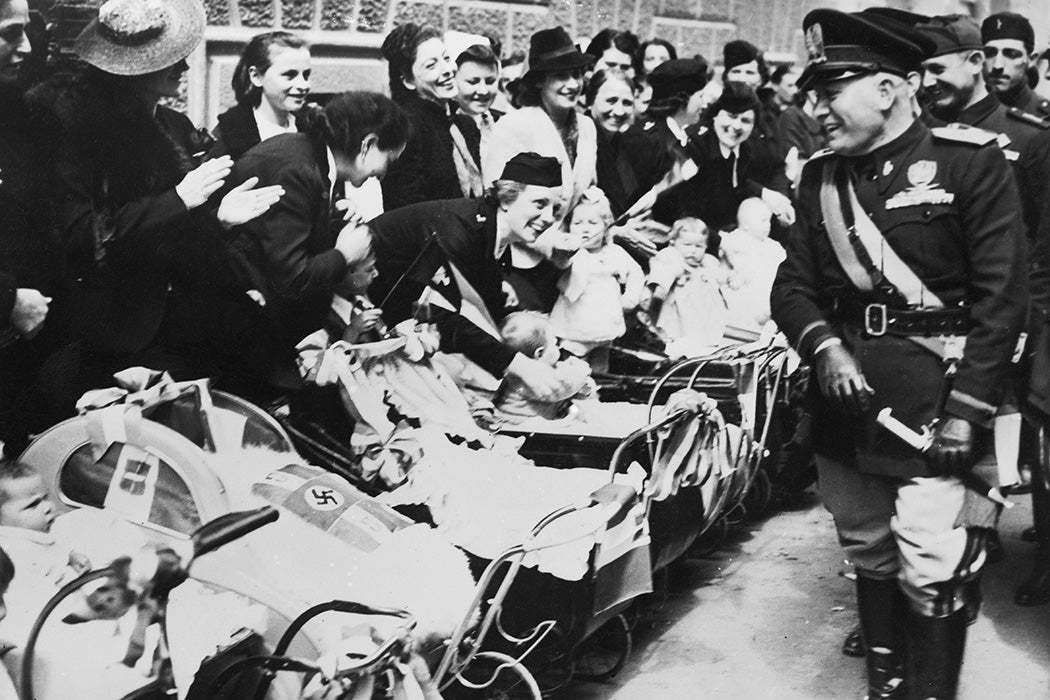 Under Mussolini, Italian motherhood, childbirth, and breastfeeding were supposed be streamlined, rationalized, and run along the lines of a factory. The poor and the unmarried, especially, were propagandized and guided towards clinics called Case della Madre e del Bambino, under the auspices of the Opera Nazionale Maternita e Infanzia (ONMI).

“Breastfeeding and childbirth [were cast] as forms of mass production belonging to the state. At this nexus of medical and design history, state imperatives combined pieces of preexisting gender roles from mass media, the Catholic Church, and medical literature to create a new model for industrial motherhood.”

Weighing the baby before and after feeding… was supposed to precisely measure the amount of breastmilk taken in by the little ones.

“Taylorist breastfeeding,” continues scholar Diana Garvin, “constitutes a distinctly Italian phenomenon.” Under the Fascists (1922-1945), the “scientific management” of industrial work, known as Taylorism after its American progenitor Frederick Taylor, was combined with the eugenic ideal of “national efficiency.” This “biological characterization of efficiency” meant the state could “quantify mothers’ bodily energy, function, and output.”

Weighing the baby before and after feeding, known as doppia pesata (double weighing), was supposed to precisely measure the amount of breastmilk taken in by the little ones. Timed breastfeeding, the orario, was the rule of the day, regardless of when the baby might be hungry. The orario was established by the (male) doctor, while (female) midwives, fairly common before the advent of ONMI, were denigrated—not least because such women sometimes also performed abortions.

Mother’s breast milk was considered best in a hierarchy that included wet nurse’s breast milk, cow’s milk, other animals’ milk, and artificial milk. “Clinics provided meals for lactating mothers, not for their welfare, but to improve the nourishing capacity of their breast milk for their infants.”

Essentially, writes Garvin, the Fascist regime “expanded the traditional definition of the factory to include women’s biological labor.” Women’s “bodily work of (re)production constituted a form of labor analogous to forms of factory work like textile production and automotive manufacturing.”

Industrial motherhood, the mass-rationalization of fertility, was supposed to accelerate the “production of more and better Italian children.” Garvin notes that such pronatalist eugenics were hardly unique to Italy. France and Germany, along with Italy, all came up with their versions of Mother’s Day in this period. France wanted to increase a population hard hit by World War I. Germany had an avowedly racist agenda. Race in Italy wasn’t a particularly strong idea until the invasion of Ethiopia (1935-1937). That invasion, by the way, was one reason Mussolini wanted more babies: colonialism in Ethiopia, Eritrea, Somalia, and Libya necessitated soldiers.

Of course, there was a contradiction in the Fascist concept of Italian motherhood. “The regime implicitly endorsed women’s labor in the public sphere, which had the ultimate effect of undermining its own promotion of socially conservative gender roles.”

“The regime, despite its claims, did not oppose women’s labor in the public sphere per se; rather it objected to women’s participation in prestigious and/or wage-earning work.” Alle madri d’Italia, the mothers of Italy, were not, after all, paid for their reproductive work for the state.

Garvin, who has a new book out called Feeding Fascism: The Politics of Women’s Food Work, notes that Taylorist breastfeeding is still influential in Italy today. Many Italian women still follow doctor-recommended orari and purchase scales for the doppia pesata.

“The persistence of these procedures suggests the partial success of ONMI’s initiated during the 1930s. In contemporary Italy, breastfeeding remains a regimented, medicalized activity. The majority of maternal health care now takes place under doctors’ supervision in clinics rather than in the home.”

Editors’ Note: This article has been changed to correct a spelling error. 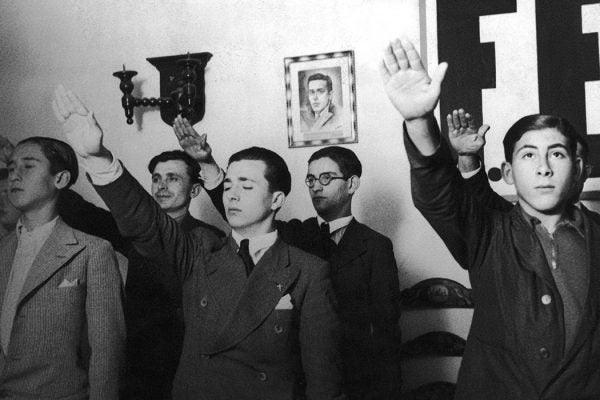 National origin stories can be the stuff of fancy. Francoist Spain also showed how quickly those stories could be rewritten.