Murphy Brown represented a threat to “family values”—a position that inherently placed her on the side of the families of color whose single family structures supposedly threatened the white, middle-class status quo of the 1990s. 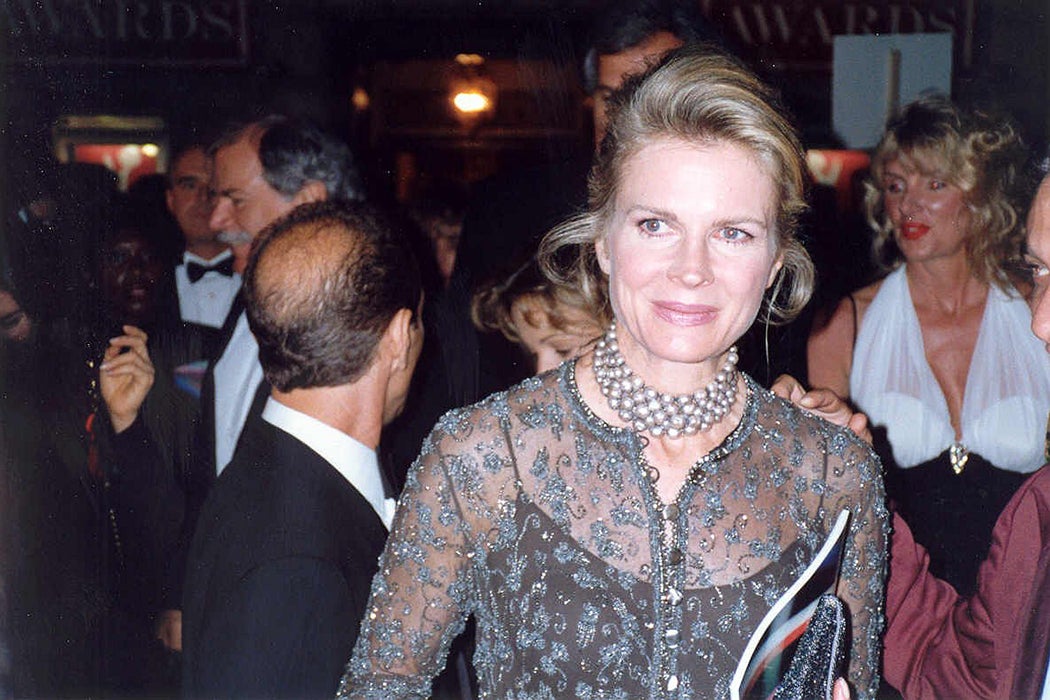 On May 18th, 1992, the world tuned in to watch Candice Bergen (as the title character of the sitcom Murphy Brown) went into labor and put a cherry on top of one of the 1990s’ most piquant controversies: whether it was okay for a woman to choose single motherhood. The groundbreaking show starred Bergen as a journalist and anchor of a CBS TV show, and it borrowed heavily from the controversies and water-cooler conversations of the day, covering issues of gender parity, divorce, alcoholism, and breast cancer. Vice-President and presidential candidate Dan Quayle watched, too. “It doesn’t help matters when primetime TV has Murphy Brown—a character who supposedly epitomizes today’s intelligent, highly paid, professional woman—mocking the importance of fathers, by bearing a child alone and calling it just another ‘lifestyle choice,’” he said to a Republican group the day two days after the episode aired. Quayle had long been known for his awkward turns of phrase and full-blown gaffes, and his statements provoked nothing less than a media uproar.

Academics were watching, too. Social work scholar Ann Hartman saw Quayle’s comments as his way of breathing life into his “family values”-themed  1992 presidential campaign. She questioned the desire to turn Murphy Brown into a role model. “It seems remarkable that her show brought forth such censure when there is silence about the continual diet of violence in the media,” she wrote. “What made Murphy’s choice so disturbing? Was it family values or a particular definition of the family that was being challenged?” For Hartman, Quayle’s comments were evidence of a backlash against an increasing acceptance of different family structures—acceptance that has only increased since Murphy Brown became a single mom.

For American Studies scholars Jude Davies and Carol R. Smith, Murphy’s pregnancy was an excuse to look back at another pregnant television icon—Lucille Ball. The pair compared both women’s pregnancy narratives in an attempt to figure out the relationships between maternity, political speech, and race. “Ironically, for a woman who co-owned what was fast becoming the largest television production company in the United States, and who used medical science to control the process of birth,” they write, “as Lucy Ricardo, Lucille Ball became the pre-eminent national icon of naturalized maternity.”

Murphy Brown, on the other hand, was represented nationally as a threat to “family values”—a position that inherently placed her on the side of the families of color whose single family structures supposedly threatened the white, middle-class status quo of the 1990s.

Davies and Smith investigate the ways in which people of color are used in the “Murphy Brown” maternity episodes. Black characters, they write, “mediate between Murphy’s body and the baby by delivering it to her. Both literally and symbolically, they mediate and explain the baby to her, give her the knowledge of maternity (and therefore the ‘right’ kind of femininity) that enables her to become a mother.” Murphy directly addresses Quayle’s speech in the “You Say Potatoe” episode of the series. That show ended with a “parade of non-‘standard’ families, some of whom are African American,” further linking questions of race with Quayle’s excoriation of single motherhood.

But perhaps radical feminists should have the last word. In a pithy piece entitled “murphy brown, national menace,” feminist magazine off our backs covered the controversy in a straightforward news style—with a few barbs thrown in. “Quayle’s standing has dropped in public opinion surveys since he criticized the television character,” it concludes. And though Quayle as a political candidate has been easily forgotten, his comments about Murphy Brown still rankle a decade later—part of America’s ongoing debates about women’s reproductive choices. 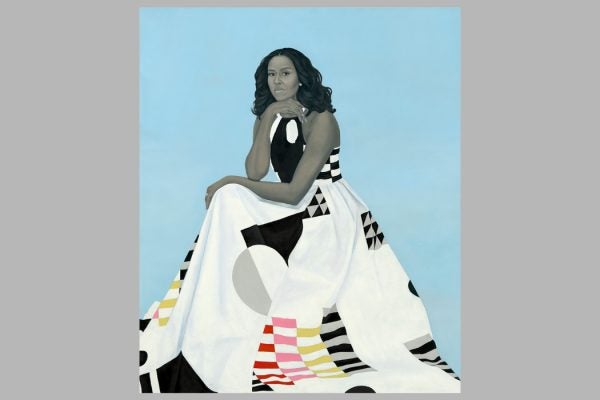 What Amy Sherald Tells Us with Michelle Obama’s Dress

How do the artistic inspirations that portrait artist Amy Sherald cites for Michelle Obama’s dress impact our visual and cultural understanding of the portrait for the Smithsonian's National Portrait Gallery?