On the fiftieth anniversary of Ms. Magazine, a look back at how the publication managed advertising demands while maintaining its founding ethos. 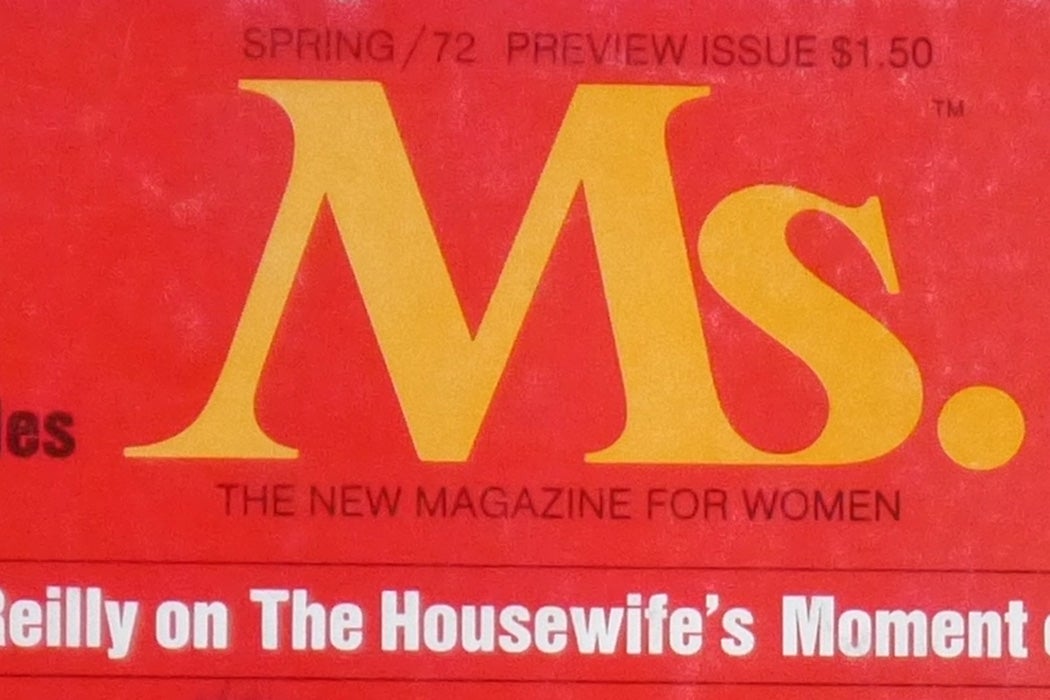 December 20 marks the 50th anniversary of the launch of Ms. Magazine. Today, Ms. publishes a quarterly print product along with online content, in a media environment rich with feminist content of all kinds. But when it started in 1971, it was something almost unimaginable—a glossy commercial magazine with an entirely female staff dedicated to the radical cause of full equality for women. American and feminist studies scholar Amy Erdman Farrell tells the story of the tightrope Ms. walked to maintain mainstream cultural relevance without betraying its principles.

When Gloria Steinem led the new magazine’s creation, she was already a media figure with connections across the world of mainstream publications, Farrell writes. Washington Post publisher Katharine Graham offered $20,000 in seed money. New York Magazine published a preview issue as an inset in its December issue. And Warner Communications invested $1 million in Ms.

To win advertising dollars, it had to prove that its readers were highly educated with plenty of disposable income.

Ms. presented itself as an antidote to typical women’s magazines of its time, promising a “how-to magazine for the liberated female human being—not how to make jelly but how to seize control of your life.” The first issue included writing by Sylvia Plath and welfare-rights activist Johnnie Tillmon, as well as articles titled “The Housewife’s Moment of Truth” and “Women Tell the Truth About their Abortions.”

Appealing to advertisers wasn’t easy, Farrell writes. The magazine’s advertising staff found company executives didn’t believe that women made buying decisions about big-ticket items—or that feminists would be interested in ads for food or makeup.

Steinem promised to avoid the common practice in women’s magazines of shaping editorial content around advertisers’ needs—think gelatin-based dessert recipes sitting beside Jell-O ads. But the question of how advertisements could influence the magazine’s content ran deeper than that. To win advertising dollars, it had to prove that its readers were highly educated with plenty of disposable income. That meant deemphasizing stories about issues facing poor women and women of color. Instead, cover stories increasingly focused on individual successful women.

“Steinem recalls trying to bury the most controversial articles with the hope that the advertisers would not open the magazine to actually see them,” Farrell writes.

And, as one-time Ms. writer Lindsy Van Gelder wrote for JSTOR Daily last year, “every time the magazine did bravely publish an article mentioning lesbianism (or abortion), it would lose advertising.”

Ms. got pushback for many of its choices. As part of its effort to create an open forum for feminists, it published letters and commentary from readers, and many of them expressed anger about the ads they saw in the magazine. In 1986, Alice Walker resigned from her position as a Ms. contributing editor due to the magazine’s limited coverage of women of color.

Walking the tightrope eventually became untenable. In 1989, after the magazine published a cover story about the Webster anti-abortion Supreme Court decision, many advertisers pulled out. Ms. folded, reemerging the following year in advertising-free form.

From a Tarantula on a Banana Boat to a Canary in a Mine: "Ms. Magazine" as a Cautionary Tale in a Neoliberal Age
By: Amy Erdman Farrell
Tulsa Studies in Women's Literature, Vol. 30, No. 2, WOMEN IN ANGLO-AMERICAN PERIODICALS (Fall 2011), pp. 393-405
University of Tulsa