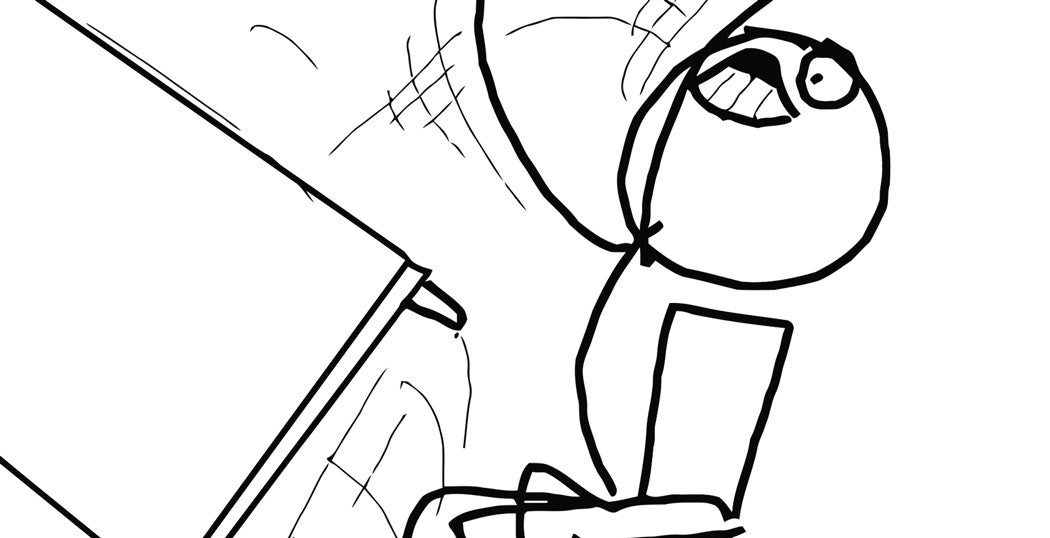 If you’ve ever wanted to rage quit your job, stress cook a meal or angry clean your house, you might find this interesting, as we continue the fascinating discussion of neologisms spread by Internet culture. There’s a curious new phrasal construction in town which appears to pair together a (negative) mood word with a verb to produce a semi-productive compound. This gives added emotional color to actions in a similar way to the reaction gifs we talked about last time.

Possibly one of the oldest and well known examples is ‘rage quit‘, Internet slang which originated in online gaming culture. It is still primarily used in reference to gaming, yet has also found its way to mainstream usage. It refers to the act of quitting a game (or chatroom) due to frustration or anger. In mainstream examples it more generally refers to quitting any situation abruptly due to extreme frustration. It’s used most often as a verb but can also be used as a noun. Other examples include the aforementioned ‘stress cook’, ‘angry clean’ with possible edge cases such as ‘humble brag’ and ‘ugly cry’.

These compounds hardly need defining, being usually endocentric, meaning that one of the component words, the head, carries the basic semantic meaning of the entire phrase, while the other component word, the non-head, serves to constrain the type. The head in these cases is the verb. So ‘rage quit’ is a kind of quitting action while in the emotional state of being enraged, ‘stress cook’ is a type of cooking while stressed and so on.

In themselves, each phrase may not be outwardly remarkable, but what’s interesting is taken together as a class of compounds, they are further reflective of how Internet culture has added novel complexity and nuance to the shared lexicon of speaking, in much the same way as reaction gifs express complex gestures online.

Furthermore, these constructions appear to be somewhat productive, as new combinations can be produced (with certain constraints) and can be generally understood by speakers without explanation.

Adrienne Lehrer’s 1998 study on the semantics of English combining forms discusses the creation of new morphemes in neologisms arising from blends such as workaholic (work + alcoholic) and chocoholic (chocolate + alcoholic) which gives rise to -holic as a productive suffix that undergoes semantic widening to develop a new meaning from its original word. So a workaholic is not a type of alcoholic but someone addicted to work.

The meaning attached to -holic widens to refer to the ‘addict’ part of ‘alcoholic addiction’. Other examples include -thon as in marathon, telethon, but Lehrer also has examples where a prefix may be productive, such as the Mc- from McDonalds with “neologisms like McGreedy, McCancer, and McGarbage [and] McJobs“. In this last example the prefix is not acting as the head of the neologism, but lends an added meaning to the head. Thus McJobs refers to a type of low-paying employment and not a type of ‘Mc-‘, which, unattached to a word, is not really salient for speakers.

Similarly, mood words like stress, rage, angry, although they are non-heads in this kind of compound construction, may be developing into productive morphemes that layer an emotional sense to otherwise neutral actions. In some sense, they’re almost interchangeable judging from real-world examples such as this article in which rage clean and angry clean are synonyms for each other. We can find instances in the wild of these compounds where each of these non-head words appear with the same verbs:

It’s interesting that given a new neutral verb, such as swim or drive, forms such as stress swimming, rage driving would likely be acceptable to a native speaker. Ugly crying allows for its opposite ugly laughing but is more restricted in usage, while humble can be found in humble bragging but not many other phrases. It seems easier to find examples of this construction when the mood is negative rather than positive and not all mood words are created equal. For example we don’t readily see ‘happy cleaning‘ or ‘joy baking‘ as similar constructions, though in context that reading could be understood by speakers.

It may be that the words ‘stress’, ‘rage’ and ‘angry’ are popularly behaving in much the same way as complex gestures in reaction gifs but more as stylized emotional components for actions, that may become more productive morphemes for word formation in future. So once again it seems that, thanks to the internet, we have abundant new ways of conveying our emotions efficiently through language innovation and are no longer reduced to quitting, cleaning or cooking in unfeeling silence. 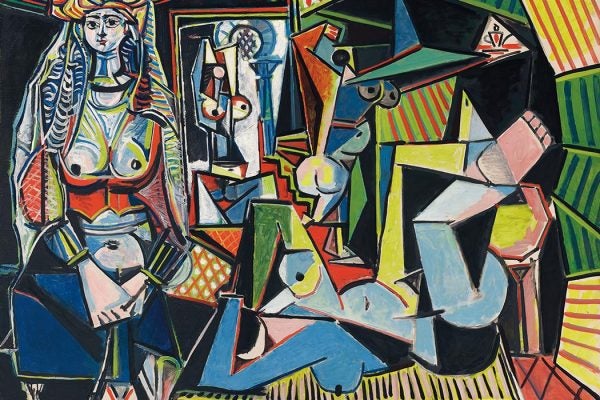 Picasso's "Femmes d'Alger" is set to take the record for most expensive painting ever sold.