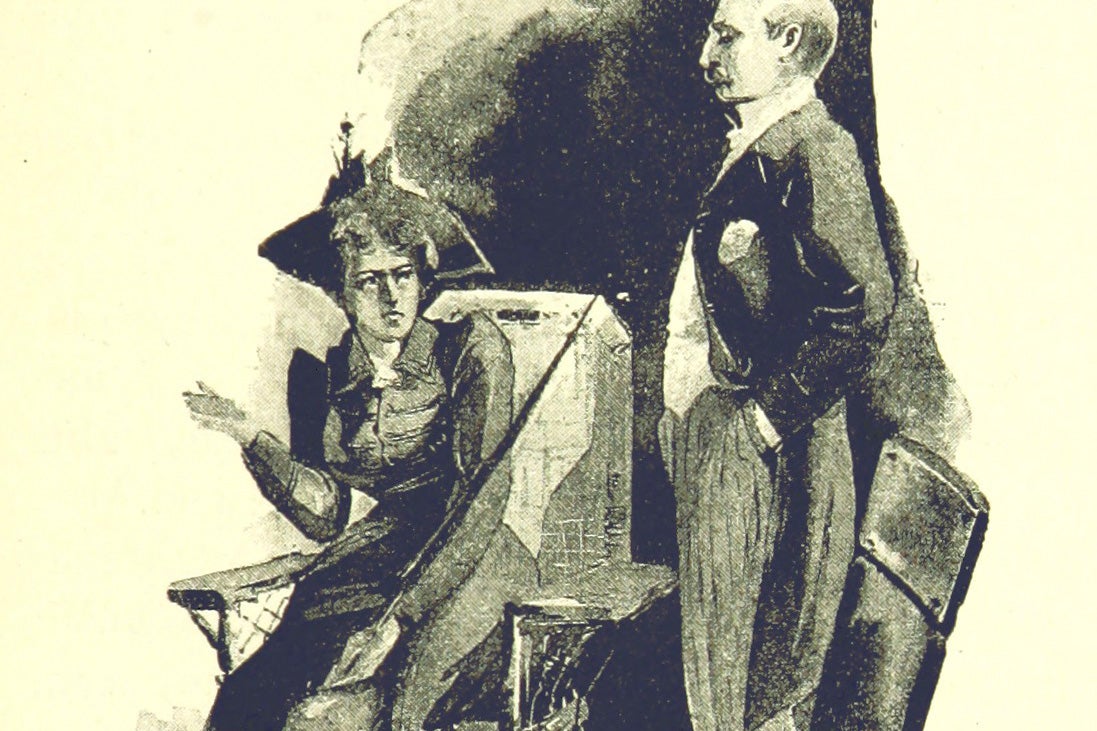 The 1890s saw an explosion of fiction featuring “lady” detectives, written by both women and men. Possibly the first such character cooked up by a woman was Detective Loveday Brooke, the creation of Catherine Louisa Pirkis. Loveday Brooke appeared in half a dozen stories published in a popular British magazine in 1893. These six stories, plus a brand-new one, were repackaged as a book, The Experiences of Loveday Brooke, Lady Detective, in 1894. Detective Brooke was an innovative character, as scholar Elizabeth Carolyn Miller reveals.

Loveday Brooke was unmarried and showed no interest in getting married.

For one thing, Loveday Brooke was a professional—she worked with the police nearly twenty-five years before women were let onto the police force in the United Kingdom. Typical female detectives of 1890s fiction were amateurs, thrust into solving mysteries under socially acceptable circumstances. These included the desire to avenge a husband or prove a fiancé innocent of a crime. Loveday Brooke was unmarried and showed no interest in getting married.

From “The Black Bag Left on a Door-Step”:

Some five or six years previously, by a jerk of Fortune’s wheel, Loveday had been thrown upon the world penniless and all but friendless. Marketable accomplishments she had none, so she had forthwith defied convention, and had chosen for herself a career that had cut her off sharply from her former associates and her position in society.

Miller writes that C. L. Pirkis turned to “the popular genre of the detective story, which she re-invents as a feminist form within the pages of a mass-market Victorian magazine.” That meant Loveday Brooke prefigured recent interventions in detective fiction along feminist lines. Brooke “disrupts norms of gender and criminality,” undercutting assumptions about class, race, and gender in the emerging field of criminology. She was, after all, a working woman, and influential criminologists would have suspected her of being a criminal herself, just for that.

Women criminals were viewed as prostitutes or laborers—but the two classes supposedly overlapped. Havelock Ellis’s influential study The Criminal (1890) was the “first work of criminal anthropology in English,” but it advanced the work of the Italian Cesare Lombroso, who postulated that there was a criminal physique. If you were bad, you looked the type: “primitive” and masculine. Ellis argued that women criminals were therefore unwomanly. Such thinking merged with the growing eugenics movement: darker, “lesser” “breeds” were inherently more savage and more criminal. These Others included women, particularly poor women.

Women outside the home were masculine and unattractive, attributes that “naturally” led to crime. But Loveday Brooke could go undercover as a servant, undercutting these stereotypes. When trying to solve crimes, the police might think a servant was guilty, or that the unattractive woman did it. But not Loveday Brooke.

Detective stories are often thought of as a conservative genre because they promote social control through rooting out the criminalized Other. As Miller reiterates, “some recent scholars have considered the detective story inherently misogynist,” but a late twentieth-century feminist revisioning of the genre has done much to challenge the genre. Loveday Brooke, Lady Detective suggests such roots are richer and deeper than just the last half century.