The koshering of America’s food industry has mostly gone unnoticed. Yet most people who specifically buy kosher foods are not Jewish. 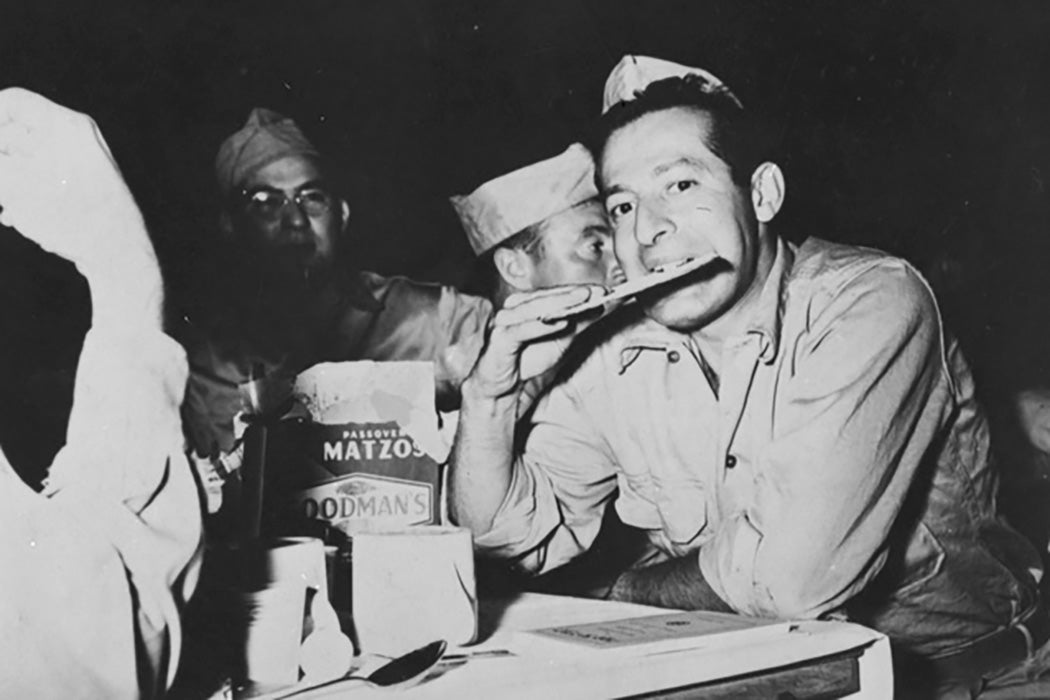 Adhering to the strict dietary laws of traditional Judaism, or keeping kosher, used to be extremely challenging. Before a standardized system of certification, before even any kind of mandatory food labeling, how were Americans supposed to keep kosher? The Korean War’s “Operation Matzo” is a case in point, writes Jeffrey Yoskowitz: “Matzo was no combat mission; it was part of the Orthodox Union’s Passover Food Package Campaign, which consisted of a series of Passover Seders in Seoul and other military bases that supplied much-needed kosher foods—candies, gefilte fish, matzo, and cheeses—to one thousand Jewish servicemen.”

This anecdote begs the question: how did Kashrut, the traditional Jewish dietary law, enter the modern industrial age? The story of kosher certification in the U.S. is “a story of processed food and suburbanization,” writes Yoskowitz. And like processed food and suburbanization in general, it’s a story of sprawling success. He notes that a little less than half of the $500 billion in food sales in America is now kosher certified and of the 11-plus million active consumers of kosher products, more than 80% are not Jewish.

Oreos, traditionally made with lard, became kosher in 1997.

Until 1966, there was no requirement for any listing of ingredients on food packaging. The explosive growth of processed foods after the Second World War included all sorts of new technologies and chemicals to preserve freshness, taste, and safety, or at least the presumption thereof. In this context, Yoskowitz asks, “How exactly does an ancient code of dietary ritual get applied to the Nabisco factory in East Hanover, NJ?”

At first, kosher certification was ad-hoc, prone to individual control by rabbis who were not always honest, reflecting the generally appalling state of late nineteenth and early twentieth century food production. But starting about a century ago, the Orthodox Union (OU), which became the world’s largest certification agency, began to provide the “first uniform and widely recognized kosher inspection service.” The U in circle symbol signifying the OU’s guarantee was initially developed in cooperation with companies like Coca-Cola and Heinz to only be recognizable to a Jewish audience. It was first used on Heinz’s vegetarian baked beans in 1923.

By 1954, four major airlines were offering kosher meals. At the 1964 World’s Fair, the OU’s Pavilion was a hit. You can now drink Coke that is kosher-for-Passover, made with sugar instead of the regular corn syrup, and get an idea of the original taste (minus the cocaine). Oreos, traditionally made with lard—pigs being the non-kosher nonpareil—became kosher in 1997.

Yoskowitz flags the downside of the achievement of being able to eat Wonder bread and Oreos: “Jews could eat the same nutritionally deficient foods as most Americans.” He also notes that kosher certification altered “the landscape of consumption for the general American populace” because of specific consumer demands. You can now find symbols and categories delineating Organic, Fair Trade, gluten-free, vegan, and other specialized foods.

Noting food culture’s trend away from industrial food, Yoskowitz thinks koshering services, designed for big corporations, will have to adapt to the new smaller-scale production. 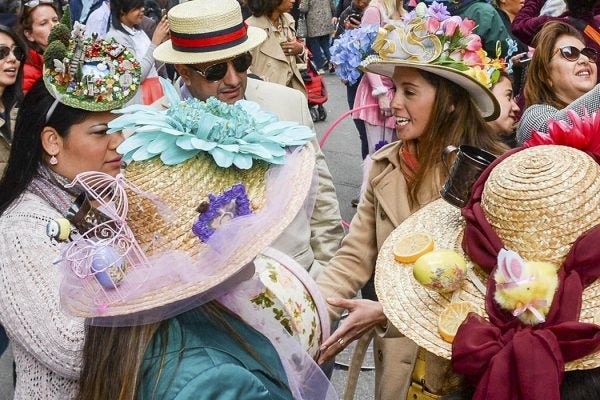 The Religious Roots of the Easter Parade

The revival of Easter as a festival-type holiday coincided with a rise in Catholic immigration and relaxing religious standards in the 1880's.