When Marriage Was Part of The College Curriculum

Marriage education, seeking to teach dating and marriage on campus, was a reaction to urbanization, industrialization, and the new autonomy of the young. 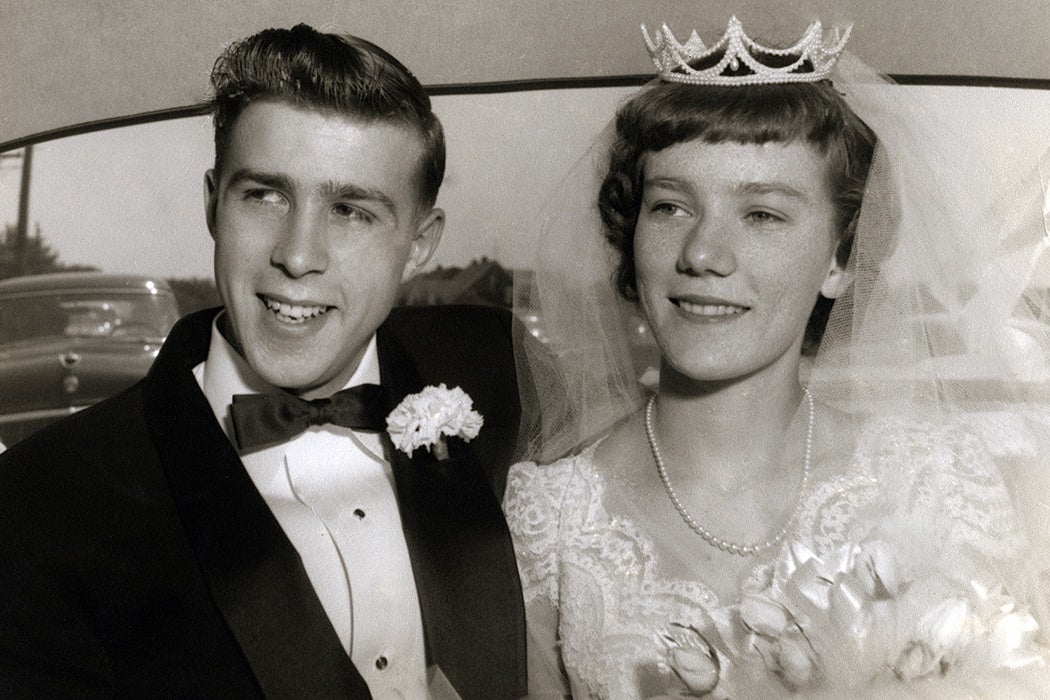 These days, it’s common for people to wait to get married—in 2010, women’s median age when they married was nearly 27, the oldest ever. Back in 1950, the median age for a woman when she first married was just over 20. We think of this as being a natural occurrence, influenced by existing family structures and workforce patterns. But it’s worth noting that this phenomena may have been affected by the concerted efforts of the marriage education movement.

The movement, which brought education on how to date and marry to college campuses around the United States, was at its peak between the 1930s and the mid ‘60s, Beth L. Bailey writes in the Journal of Social History. She finds its roots in a perceived crisis among self-proclaimed “experts” who worried that American society was under threat from urbanization, industrialization, and the increased autonomy of young people. What better place, then, to indoctrinate people on how and why to marry than in the few institutional settings that touched their lives?

Self-proclaimed “experts” worried that American society was under threat from urbanization, industrialization, and the increased autonomy of young people.

Desperate to grasp and maintain some moral authority over the young, marriage educators made their mark on college life. Students read textbooks about marriage, absorbed their messages in magazines and on the radio, and were exposed to marriage advice all over campus. The movement was led by educators like sociologist Ernest Groves, who adapted existing Progressive-era pushes to make marriage more “scientific” (read: traditional). After Groves began a practical marriage course at the University of North Carolina, similar classes sprung up nationwide and by the 1960s, thousands of American students had attended them.

Students who took formal marriage courses learned about everything from religion to gender roles and beauty. “The head instructor at the University of Illinois reported to colleagues that he released students from a term paper if they did six hours of babysitting during the term,” writes Bailey, “and at Stephens College a wedding plan was an acceptable term paper.” But the format and content of marriage courses varied widely.

Though the classes were originally designed to expose young adults to morally acceptable, standardized, and “scientific” information about how to get hitched and act once you were married, students quickly got involved in the planning process. And that’s where things got complicated: Young adults put pressure on educators to make classes more “functional” and personal. The result was a strange mishmash of confessional and counseling chair, all governed by teachers and sociologists who weren’t psychological professionals. That brought instructors’ own personal lives into focus as schools faced pressure to hire only romantically successful teachers for marriage courses. Middle-class biases met pop culture platitudes in courses that warned young adults against having sex before tying the knot, yet assured them that they would only want to have sex once they had rings on their fingers.

Eventually changing mores, resistance to rote “authority,” and other challenges caused the marriage education movement to die. But many questions remain. Who controls morality? Who’s qualified to tell young people when, if, and how to marry? It’s no wonder that American youth eventually rebelled against the very institutions and classes that tried to teach them that their personal lives could be graded, tested and overseen by professors and deans. 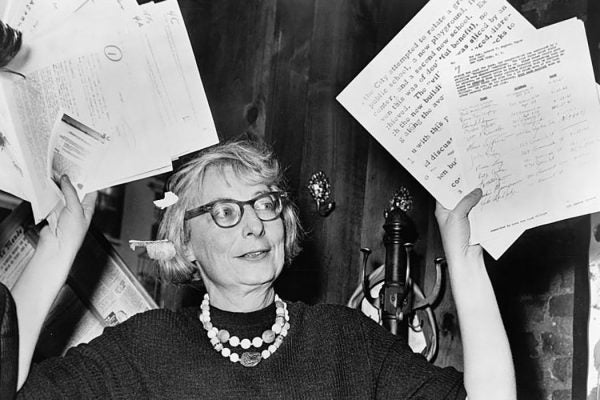 Jane Jacobs and the American City

Jane Jacobs, who would have been 100 today and is the focus of the Google Doodle , was a big part of why cities like New York City and Toronto look and feel