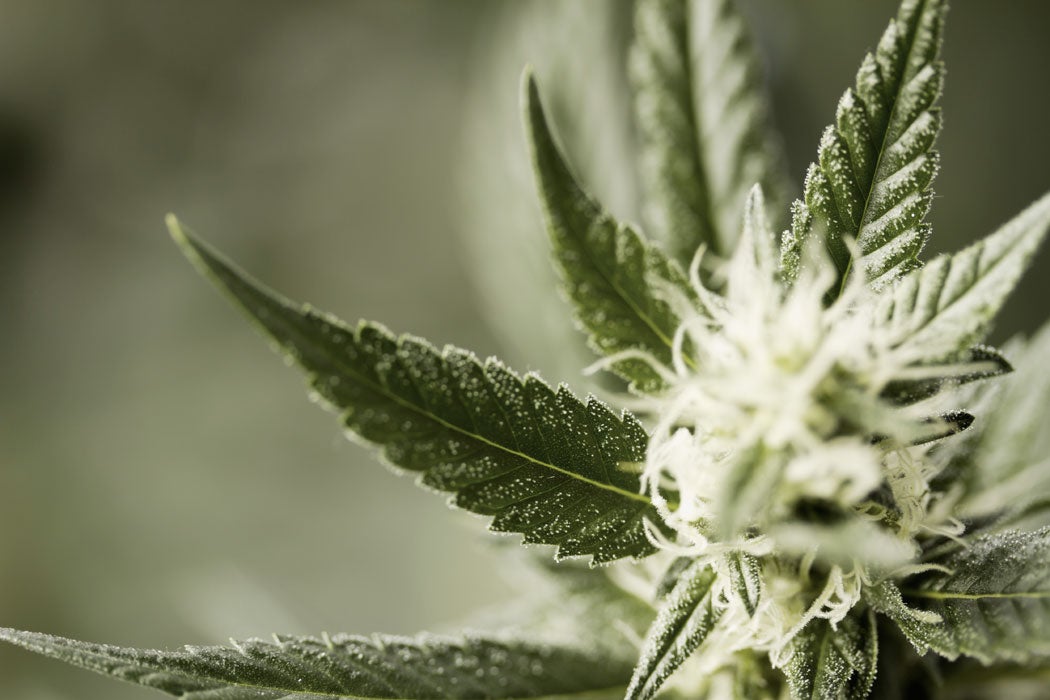 In the infamous 1930s propaganda film Reefer Madness, some innocent teenagers’ experimentation with marijuana leads to a hit-and-run, an attempted rape, hallucinations, an accidental shooting, suicide, and insanity. The drama may be dialed down these days, but paranoia-stoking scare tactics when it comes to pot have not exactly disappeared: when New York Times columnist Maureen Dowd tried a marijuana-infused candy bar in a Denver hotel room in June, she wrote that she “lay curled up in a hallucinatory state for the next eight hours.” The column became its own kind of instant camp classic.

For proponents of the legalization of marijuana, the reactions to this kind of hysteria tend to fall between dismissiveness and outright mockery. But there’s also a sense that the social costs of legalized marijuana are unfortunate but acceptable: legalizing pot means the market will be regulated, governments will reap the tax revenue, and drastically fewer people will be mired in the violence of the drug war and the injustices of the legal system. If public health suffers a bit as use of the substance increases, so be it.

These days, the pro-legalization argument is ascendant in the public conversation about marijuana. Both Colorado and Washington state began implementing laws legalizing recreational marijuana sales and use this year. And the trend goes far beyond those canary-in-a-coalmine states. A Pew Research Center analysis recently found that between 2009 and 2013, 40 states took some kind of action to relax their drug laws. Twenty-three states and Washington, DC currently allow some form of marijuana use for medicinal purposes. Legal—or at the very least, not exactly illegal—marijuana seems here to stay.

But what if the rise in marijuana smoking prompted by legalization brings more than just tolerable negative side effects? What if it is actually good for public health? A growing body of research suggests that marijuana may replace alcohol or hard drugs in many people’s lives. Other recent studies suggest that looser restrictions on weed decrease traffic fatalities and even the suicide rate. That means the rising tide of legalization may mean more than just an acceptable but unfortunate societal burden—it may be a boon to public health.

The typical marijuana user is not the well-off, weekend-smoking professional that legalization advocates sometimes prefer to highlight.

People with a college degree account for only about 15 percent of marijuana consumption in the US, according to Jonathan P. Caulkins, a professor of Operations Research and Public Policy at Carnegie Mellon University who has written frequently about marijuana and public health, among other aspects of drug policy. Most marijuana is consumed by people with a high school degree or less, and therefore relatively little earning power; that means they are significantly more responsive to the price drops that tend to accompany decriminalization. In other words, the broad shift toward legalization is very likely to lead to a significant increase in pot consumption.

But even if smoking increases, there are intriguing suggestions that this means drinking will decline. That change alone could have a huge impact on public health. “The social costs of alcohol are pretty darn high,” said D. Mark Anderson, an economist at Montana State University who has conducted several studies on public health and marijuana policy. His own research suggests that alcohol and marijuana are substitutes for each other, not complements: in other words, if marijuana becomes easier to acquire, people may use it instead of alcohol, not on top of it. “If the substitution effect is large, then increasing marijuana consumption could really provide public health benefits,” Anderson said in an interview.

Experts are quick to point out that legalization is not a simple on-off switch: variables include rules for home-growing, and the venues at which cannabis is allowed to be sold. Medical marijuana laws have their own set of complex variations. As Caulkins points out in the 2012 book Marijuana Legalization: What Everyone Needs to Know, which he coauthored, “no country in the modern era has legalized marijuana, so there are no historical data pertaining to the effect of large declines in marijuana prices on alcohol use. Hence, there is no truly scientific basis for any confident assertion about what would happen to heavy drinking if marijuana were legalized.” Anderson calls the substitution question, which is far from settled, “one of the more important policy debates around legalization.”

But if Anderson is right, and marijuana and alcohol are substitutes, the decline in drinking would have real significance on a population-wide scale. The CDC estimates 88,000 people die every year in the US from excessive alcohol use; the short-term consequences include violence and injuries, and the long-term effects include cirrhosis and increased risk for cancer. By one measurement, if legalization affects alcohol consumption by just 10 percent, it would negate the negative public-health effects of increased marijuana usage.

By contrast, there were zero documented cases of death by marijuana overdose in the world until a German study published in February 2014 claimed to have found exactly two cases. “One of the reasons proponents of legalization have for being optimistic is that marijuana causes very few acute deaths,” said Caulkins in an interview. Unlike alcohol or hard drugs, “the adverse consequences are much more diffuse, much less dramatic. It’s not about someone flatlining.” In Colorado, a few dramatic deaths since the law went into effect have been widely publicized, including that of a college student who jumped off a hotel balcony after consuming a cookie infused with marijuana. But one of the reasons such cases make headlines is that they are so very rare.

The understanding that even heavy pot-smoking is less dangerous than alcohol abuse is becoming increasingly widespread.

In a January interview with the New Yorker, President Obama—who has been open about his own history of smoking—said he doesn’t think marijuana is more dangerous than alcohol. The statement prompted some predictable pearl-clutching, but the president was right in line with public opinion. According to a national survey released in April by the Pew Research Center, when asked which is more harmful to both a person’s health and to society, large majorities of Americans chose alcohol over marijuana.

Pot could wind up substituting for more than just alcohol. A study published in August in JAMA Internal Medicine found that states with medical marijuana laws have significantly lower rates of death caused by painkiller overdoses. And a working paper working paper last year by Yu-Wei Luke Chu, a lecturer at Victoria University of Wellington School of Economics in New Zealand, suggested that medical marijuana laws also lead to a decrease in heroin use. Using data on drug possession arrests and treatment admissions, Chu found a 20-percent decrease in heroin treatments after medical marijuana laws went into effect. Caulkins floated the idea that if legalization shifts the smoking market as a whole from “combusted” products to vaporized nicotine, that would also save lives.

Other research has suggested even more surprising public-health effects of easing restrictions on marijuana. In a study published last year in the Journal of Law and Economics, Anderson and two co-authors found that in the 19 states with medical marijuana laws, the first full year after the laws went into effects was associated with a drop in traffic fatalities between 8 and 11 percent. The estimated effects of the laws were largest at night and on weekends, when most drinking occurs.

Though some lab experiments have suggested that people under the influence of THC, marijuana’s psychoactive component, are likelier than drunk people to overestimate the degree to which they are impaired and take more precautionary measures, such as driving more slowly, Anderson is careful to say that this research does not imply that driving under the influence of marijuana is necessarily safer than drunk driving. But even if “high driving” is just as dangerous as drunk driving, it could simply be the case that people using marijuana are likelier to stay home and smoke, instead of driving from bar to bar.

Then there’s the fact that alcohol abuse is so strongly associated with violent behavior. According to Caulkins’ book, alcohol causes between three and four times as much dependence as marijuana, but more than 10 times the violence and crime. And Anderson coauthored a recent paper that found suicides among 20- and 30-something men fell in states that legalized medical marijuana. The effect was relatively small, and the reasons for the drop were not clear. But still, as one draft of the study put it, “we conclude that the legalization of medical marijuana leads to an improvement in the psychological well-being of young adult males.”

Not all of the objections to legalized marijuana are hysterical and hilarious in the vein of Reefer Madness. In a recent op-ed in the New York Times reviewing alarming research on marijuana use and mental health, Stanford professor of anthropology T. M. Luhrmann wrote that while marijuana is currently associated with a mellow calm, “that mellowness is associated with a set of cultural cues that may not be shared by all who buy legal cannabis.” Since people’s actions while drunk or high are conditioned by how they have learned to act in those states, she wrote, pot’s peacenik reputation is not necessarily set in stone.

Those who are concerned about the long-term effects of legalization on public health point out that we won’t understand the real effects of legalization until decades in the future. Substance use and abuse patterns tend to be established in the teen years; the fear is not that the entire population will start smoking daily all at once, but that more young people will establish pot habits that will stick with them for a lifetime. “We’re not going to find out if legalization will lead to heavier use by 50-year-olds until today’s 15-year-olds are 50-year-olds,” Caulkins said.

And about those 15-year-olds: Caulkins argues that one under-examined potential consequence of freely available marijuana is the subtle dampening of the brainpower of all those young people. “If a million more kids and young adults using marijuana continuously—four times a day every day—for several years knocks down learning and labor productivity, those are outcomes that by and large the [National Institutes of Health] doesn’t focus on,” he said. He points to controversial 2013 research using data from New Zealand that found marijuana users who start smoking when they are young demonstrate irreversible IQ losses. Those results, he says, are taken much more seriously overseas than they have been in the US so far.

The truth is that legalizing a psychoactive drug like marijuana on such a wide scale is a massive experiment that has not been attempted before. For academics and advocates, that makes this an exciting time—no matter the outcome. But for now, it’s worth noting the possibility that legalization will mean not just good news for curious academics, but good news, period. “It certainly doesn’t sound like there’s been an apocalypse and massive catastrophe in Washington and Colorado,” Anderson said. “And we may not necessarily need 40 years to tell.” 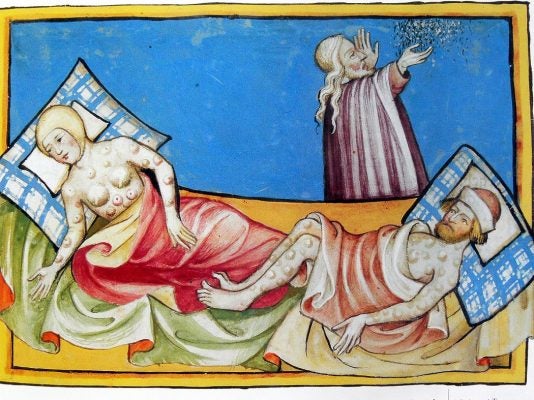 Infection Control 600 Years Before the CDC