Making Sense of the Divine Right of Kings

The United States threw off the yoke of a king more than two centuries ago. Funny how we can’t get enough of our erstwhile sovereigns today. 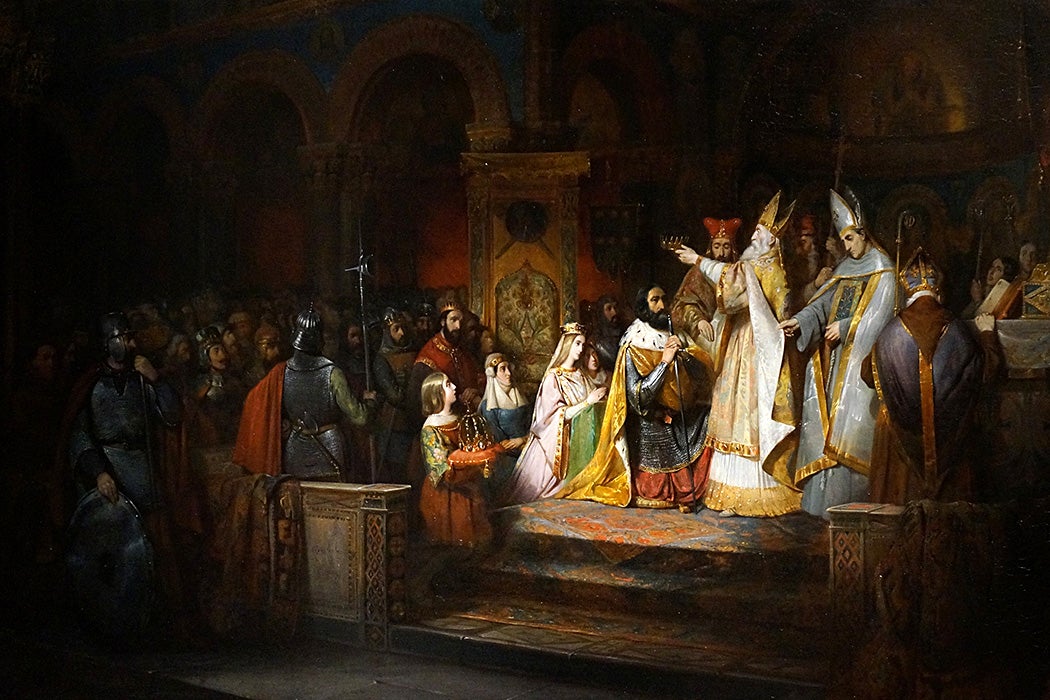 Despite a king-hating revolution nearly 250 years ago, U.S. television audiences never seem to get enough of the British monarchy. Maybe the American obsession with shows like The Crown and, before that, The Stuarts is an unlikely afterglow of the once-potent theory of the divine right of kings. It’s as good an explanation as any, but what is divine-right theory, anyway?

Divine right is the notion that royalty is given divine sanction to rule. In the words of England’s King James I (r. 1603–1625): “The State of MONARCHIE is the supremest thing upon earth: For Kings are not only GOD’S Lieutenants upon earth, and sit upon GOD’S throne, but even by GOD himself they are called GODS.”

Divine-righters posited divinity as long as the king’s reach stayed within certain bounds.

What this actually meant in practical terms is explained by scholar Glenn Burgess, who notes that divine-right theory emerged out of Europe’s medieval period and was supercharged by the Protestant Reformation. Before that break, only the pope could be considered God’s lieutenant on Earth. Following the Reformation, kings like James I made a claim on this title as well.

James’s declaration wasn’t accepted by everyone, of course. But, as Burgess notes, the theory was skillfully fitted into the traditions of the English constitution. The theoreticians of divine right in the sixteenth and seventeenth centuries “believed that the kings of England were answerable only to God.” But at the same time, these scholars rejected royal absolutism, the notion that the person vested with supreme power was above and beyond the law. “They also believed that the kings of England […] were kept within legal bounds by the nature of the English constitution”—it’s unwritten.

Divine-righters posited divinity as long as the king’s reach stayed within certain bounds.

Burgess notes that those who wrote about divine right left the “practical implications” of their words “unclear” and ambiguous, “perhaps deliberately so,” given that the constitution isn’t a unified, single, written document like that of the United States.

As paraphrased by Burgess, early modern divine-righters argued that “It was wicked to resist an English monarch; fortunately, it was also unnecessary. The English constitution ensured that its monarchs ruled well.” Why? The reasoning seems a bit mystical: The English imbued their constitution with tremendous powers, including an exceptional defense of ancient liberties, which no wise king would think of side-stepping.

“The ideological point of divine-right theory,” writes Burgess, “was to condemn disobedience, or more particularly, rebellion, not to remove the king from all need to observe his own laws.”

The most important role of divine right was its use in quashing opposition. Resistance to James I and his son Charles I (r. 1625–1649) came from quarters as disparate as the Catholic, Calvinist/Presbyterian, and Puritan churches, which all challenged the royals’ primacy in religious matters as well as state matters. Divine right trumped them all. Until it didn’t.

The struggles over divine right would come to a head in the mid-seventeenth century—literally. Found guilty by a parliamentary court of an “unlimited and tyrannical power to rule according to his will, and to overthrow the rights and liberties of the people,” Charles I was beheaded.

The British monarchy was restored in 1660 after a period known as the Interregnum. Willed by GOD or not.