Did You Hear the Joke about the Lawyer?

Why lawyer jokes typically involve the killing or maiming of lawyers. 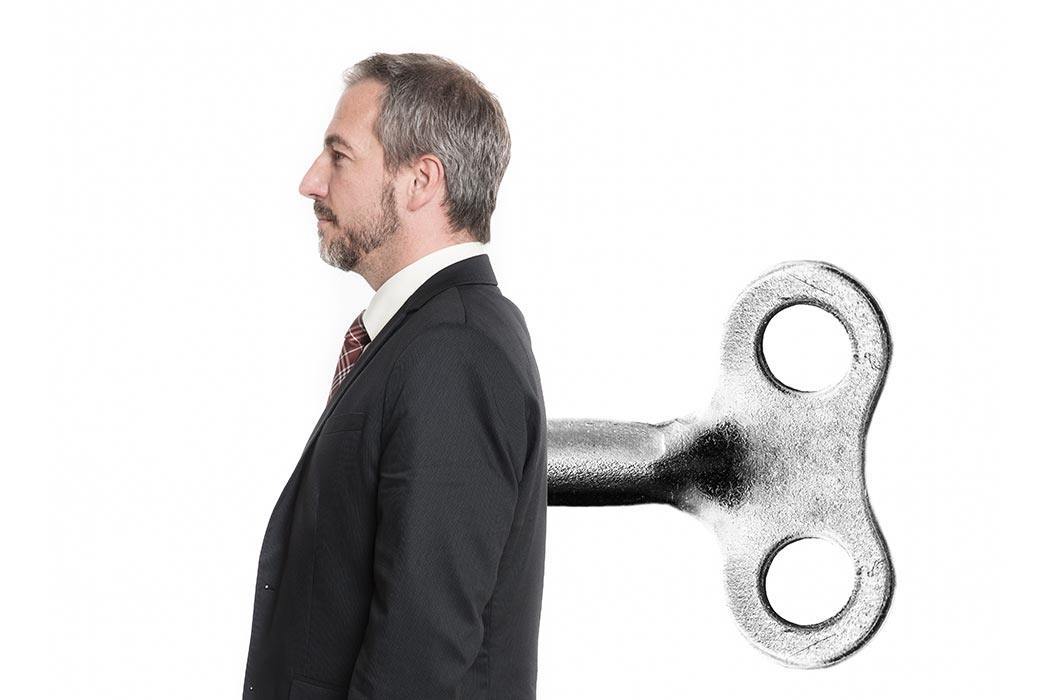 How do you save a drowning lawyer? Take your foot off his head.

Lawyer jokes are not new, but they can seem particularly cruel at a time when so many professions are in crisis. The jokes are nothing if not predictable. They are, in fact, rule-bound: Take the particular protection we tend to seek from each profession and invert it.

What if the attorney, the guardian of order, justice, and the law, is untrustworthy? What if the doctor, the guardian of the patient’s interest, is consumed with greed? What if the priest or minister, stronghold of morality, is a perverse hypocrite? The jokes follow course—they are funny to the extent that they safely discharge aggression, but not so funny to the objects of that aggression. These jokes are not generally what might be considered examples of high, refined, or mature humor—the mockery is directed at others and not at the self.

The aggression in lawyer jokes is the most straightforward. The jokes typically involve killing or maiming lawyers. For hard-working attorneys, this kind of thing usually provokes more grimaces than laughs. But still they can make us smile.

A truck driver has a nasty habit of swerving to hit attorneys he finds walking along the side of the highway. One day, as he’s driving along, he comes across a nun who appears to be having car trouble. He pulls over to offer her a ride to the nearest service station, and she graciously accepts. After driving a few miles, the truck driver sees an attorney walking along the highway. As is his custom, he swerves to hit the attorney. But, at the last moment, he remembers that he has a nun as a passenger. He swerves to avoid hitting the attorney. But then he hears a loud thump.

“I’m so sorry, Sister,” he says. “I thought I missed hitting that attorney.”

In an example directed at the medical profession, a doctor says to his patient, “I have good news and bad news.”

“You have a fatal illness from which you will die a painful death in short order,” the doctor replies.

Staggered, the patient finally asks, “And what could be the good news?”

“You see that hot receptionist in the lobby? I finally scored with her last night!”

We wince, we smile—at least a little. As a psychiatrist, I still laugh at What About Bob?, a film in which the punch line is that the psychiatrist is left without a home, a reputation, or the love of his family, all of which he loses to his patient for having had the hubris to suggest that he had anything to offer the patient in the first place.

A psychoanalyst might understand jokes in which professionals are the butt as a means to manage our discomfort with dependency.

A psychoanalyst might understand jokes in which professionals are the butt as a means to manage our discomfort with dependency. In this case, it is to manage the dependency inherent in looking to professionals for help. But these are not normal times for professionals, and the jokes carry a particular sting. These are times of crisis, and jokes that celebrate attacks on greedy, insincere, untrustworthy professionals can feel a bit like someone hitting us when we are already down.

Many have seen the New York Times article from a few years ago about the medical and legal professions. The gist was that the professions had lost their appeal to young people, lost their sense of purpose, slipped a notch in social status, drifted closer to the less romantic security of dentists and accountants. Medicine and law both pay less than they used to. Their schools are labor- and time-intensive (not to mention hugely expensive), and investment banking and consulting pay more than both professions. Being a doctor or a lawyer offers fewer prospects of achieving a decreased workload with time. There’s more management, less autonomy, less authority, fewer immediate rewards, and fewer opportunities for creativity and flexibility. In 1966, only 14 percent of doctors had regrets about choosing a medical career. That number increased to 58 percent by 1986. And by 2006, 60 percent of doctors were considering leaving medicine while 70 percent claimed to know someone who had left the field.

In 2007, the dean of Stanford Law School compared the legal profession to Rome circa 300 A.D.: looking good on the outside, but with a foundation about to collapse. In 2008, a survey by the American Bar Association found 44 percent of lawyers would not recommend their field to a young person. A researcher at Cambridge University’s Well-Being Institute found that despite the wealth, glamour, and prestige, lawyers felt extremely unhappy as a result of the near-total loss of control over their lives. The shift from providing quality service to meeting billing targets in order to survive drained them of opportunities to find meaning in their work.

The desperation of the clergy, as reported in the 2001–2005 Duke University Pulpit & Pew project, is perhaps the greatest of all. The economic risk of falling out of the middle class is very real. But for the clergy, protesting the crisis can feel like a violation of one’s calling to serve. In recent studies, rates of obesity, hypertension, and depression are rising, while life expectancy is falling. Nor are pastors immune from the market-driven management strategies that have plagued their colleagues in other professions. Matthew J. Price, director of analytical research at the Episcopal Church Pension Group, writing in 2001, protested that many church leaders, “entranced by the dominant market culture and the megachurch, have identified small- to medium-sized church congregations as ‘market failures’ even though these are the bread and butter of the average working pastor.”

The same has happened in the mental health professions. Psychoanalysis, for example, is a particularly rarefied field that requires extensive training and pursues ambitious goals in treatment. But psychoanalysts have lost market share to medication treatments and techniques that promise short-term success. In response to this crisis, the institutions of organized psychoanalysis have become strained. As with other professions, economic security has become less secure, and the rewards of completing the many rites of passage have become less certain. The membership has aged. The focus has shifted from scholarship to politics, specifically the politics of marketing. Some psychoanalysts despair that standards are plummeting in a desperate effort to hold onto market share, that the field is being destroyed by a wish to be liked. Others fear that the leaders are an old guard determined to go down with the ship, a group old enough and secure enough to be able to fall on the sword of principle.

And yet psychoanalysts are schooled in the resilient, ironic perspective of their founder, Sigmund Freud, whose own work on humor was built around the following joke: A man being led to the gallows on a Monday morning remarks, “Well, the week’s beginning nicely.” Freud admitted that so-called gallows humor succeeds by denying a painful reality, a denial permissible within limits, assuming it does not become “over-luxuriant” and result in psychopathology.

The professions face the painful reality of a loss of meaning, status, purpose, autonomy, authority, respect, and the prospect of a next generation.

The professions face the painful reality of a loss of meaning, status, purpose, autonomy, authority, respect, and the prospect of a next generation. The Times article spoke of a law firm that organized happiness committees to pass out sweets to disaffected associates. An Eastern Orthodox pastor recommended the use of a PDA to help put out-of-sight congregants out of mind. A professor of medicine wrote a text for doctors, instructing them in techniques for creating the impression that they were spending a lot of time with patients (insert strategic pauses and control your breathing).

The good news is that the jokes don’t have to sting. They can—and should—offer solace. They give us the peace of an opportunity to hold onto our dignity by laughing at ourselves. I have had occasions over the years at professional conferences to address the crisis in the professions through satire. I have found that my efforts to spoof the professions succeed to the extent that they are unsparing. Professionals rally in laughter around the chance to embrace the pain as comrades in arms facing a daunting challenge.

There is a joke that I have relied on, and it is this:

Stan goes home to his wife, Esther—the woman he loves, the woman to whom he has devoted his life. He finds a note on the refrigerator: Dear Stan, I have left you. I have run off with your best friend, Bob. I have cleaned out our savings and sold our possessions. Don’t try to find me. Good-bye forever, Esther.

He is devastated. Despondent. He finds the one possession she left behind: a pistol. He is about to end it all. He thinks: Wait. It is true I am ruined, betrayed, alone. But I am only in my fifties. I can build a business again. I am fat; I can slim down. I am bald; I can get a toupee. A year later, he has done all these things. He is driving to a resort in upstate New York in his new convertible Triumph, in his Armani suit. The wind is in his new hair. Women around the pool look up with interest as he drives by. At that moment, a lightning bolt comes down and crashes into an oak tree that falls across his car, breaking every bone in his body. In the minutes before he dies, he looks up to heaven, and he asks, “God? Why? Why would you do this to me?”

After a moment, a voice comes rumbling down: “Stan? Is that you? I didn’t recognize you!”

It is a Jewish joke—which is to say that it is universal. It is a cry of faith mixed with a protest, a plea to a God who sometimes seems to be looking the other way. It is communal: It conveys the sense that we are all in it together, fighting against the odds. It is mature: The aggression is self-directed. It is heroic in that it offers no illusions of heroism. And it is optimistic: It recognizes the inevitability of defeat, but, like the man headed for the gallows, it faces the end without the grandiosity of ennobled suffering, so it grasps some measure of victory out of that defeat. Freud referred to the dignity of such humor, the liberating quality, the grandeur, of jest without illusion. He considered such humor a gift, a measure of comfort, but he knew there were many who would not get the joke.

It is the same joke as Stan and Esther. Now a verbal animal makes his protest to the ambivalently loved, somewhat oblivious deity. But what else can we do?

For our professions in crisis, humor can be more than disguised aggression, a child’s shelter of pretend asserting that there is nothing to fear. It can be the high-water mark of our group functioning. It gives us a chance to acknowledge our difficult realities without recourse to illusion or self-deception. It is our last best stand. 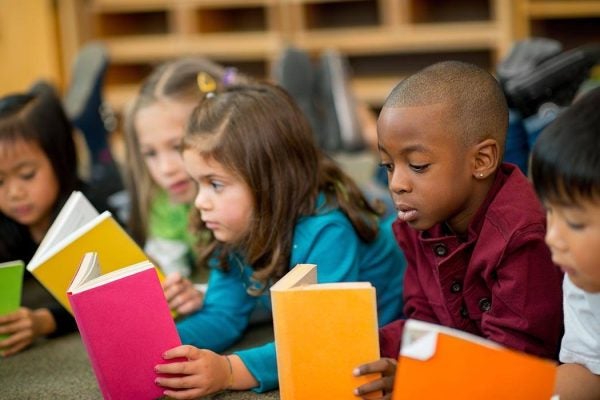