Anaïs Nin and Henry Miller, two writers in search of sexual and literary inspiration, modeled their most seductive characters on June Mansfield Miller. 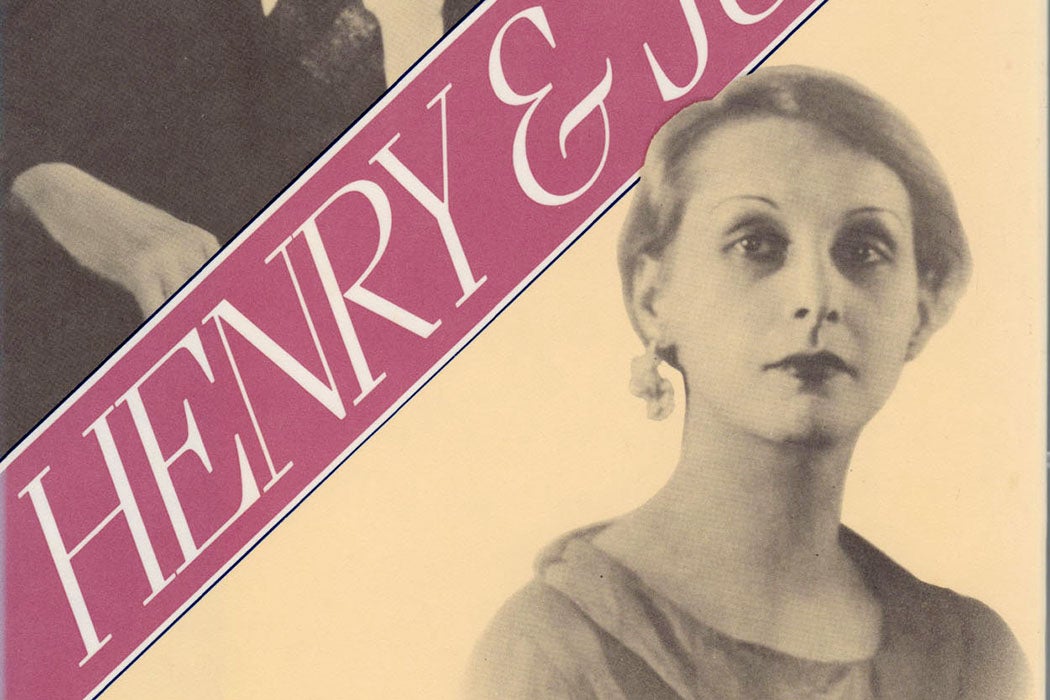 June Miller on the cover of Henry and June by Anaïs Nin
By: Emily Zarevich
4 minutes
Share Tweet Email Print

Paris in the interwar years was full of colorful characters, but June Mansfield Miller managed to stand out among them. She arrived in the City of Lights in 1931 as the dazzling second wife of the (then) struggling writer Henry Miller. A dancer and a free spirit, seductive and bold, she made an impression on Anaïs Nin, a writer and diarist in search of a muse who described June in breathy prose:

A startlingly white face, burning eyes. June Mansfield, Henry’s wife. As she came towards me from the darkness of my garden into the light of the doorway I saw for the first time the most beautiful woman on earth.

Miller and Nin used June’s appearance, personality, and life experiences as material for books so sexually explicit that they sent shock waves through the literary world.

Sharing would become the theme of the trio’s complex bohemian existence together. Nin, though married to the banker Hugh Guiler, had begun an intense affair and intellectual collaboration with Henry Miller in the early 1930s. Miller tolerated Nin and June’s budding flirtatious relationship as he’d tolerated June’s amorous adventures with other women. And June was compelled to accept that Nin, though generous in her gift-giving, was going to funnel most of her wealthy husband’s resources into Miller’s writing career rather than June’s artistic enterprises. June’s role in this complicated threesome was always clear. She was a rough-draft heroine that both authors developed as they pleased.

Miller and Nin used June’s appearance, personality, and life experiences as material for books so sexually explicit that they sent shock waves through the literary world. They repeatedly recast her as a promiscuous vixen who drives unsuspecting narrators and side characters insane with desire. She can be identified as Mona in Miller’s 1934 The Tropic of Cancer, as Mara in The Tropic of Capricorn (1939), and as both irresistible women in the trilogy The Rosy Crucifixion (published in the years 1949, 1953, and 1959), all raw and controversial texts that Miller had to battle to bring into print.

Nin, known for her more poetic and metaphorical style of erotica, modeled the hedonistic, unsatisfied, and unstoppable Sabina in House of Incest (1936) and A Spy in the House of Love (1954) on June. In her study of Nin’s obsession with Miller, women’s literature scholar Lynette Felber argues that Nin’s appropriation of June comes from a longing to understand her rather than just sexually possess her, the sympathetic approach of a fellow woman who understood the frustrations of her sex:

Nin’s accounts of her efforts to capture the enigmatic June in writing read as a plea for a feminine discourse. Through her experimentation with a self-proclaimed feminine language in the June portraits, Nin anticipates both contemporary French arguments for ecriture féminine [women’s writing] and feminist psychoanalytic revisions of the process by which gender identity is formed.

Following her divorce from Miller in 1934 and her break from the Henry-Anaïs dynamic, which inevitably grew toxic and unbearable, June attempted to reinvent herself from a femme fatale to a model citizen, exploring a career as a social worker and taking on a steady office job for New York City’s welfare department. But she never fully recovered from her trauma and addictions, and when she and Miller had a brief civil reunion in 1961, he was reportedly alarmed and concerned by her physical and mental deterioration. She was no longer the vibrant temptress who starred in his novels. She was a fading star on the decline. Her best years were behind her, preserved and immortalized in the works of two literary giants. In fact, if it weren’t for the 1990 film Henry & June, few would know her name.

The real June Miller didn’t live to see herself as a star on the big screen. She died in Arizona in 1979 at the age of 77, at the end of a tragic second half of life that included another failed marriage, stints in mental asylums, and injuries from electric shock treatments. What would have been her commentary on the myths that continue to surround her today? Though it’s known that she was never happy about the publication of Nin’s diaries that captured the tumultuous Paris years, she kept a low profile in regard to her various personae, and her opinions were always held close. June Miller was never a writer. Her talent was always being a character.

From his novels Candy and The Magic Christian to his work on Dr. Strangelove and Barbarella, Terry Southern sought to expose madness.