Strawberry Fields, the John Lennon memorial in Central Park, has become somewhat of a pilgrimage for Beatles and non-Beatles fans alike. Imagine: John Lennon would have turned 75 on October 9th had he lived to a ripe old ex-Beatles age.

In 1985, a small section of Central Park, a short distance from where Lennon was shot to death in 1980, was dedicated to a memorial of him called Strawberry Fields. The heart of this memorial is a black and white mosaic, based on a Pompeii original, with the word IMAGINE at its center. Made by Italian craftsmen, it was a gift from the city of Naples, Italy. There are almost always flowers or guitar picks or other mementoes on it, and every December 8th, the anniversary of his assassination, a bigger than usual crowd comes to pay tribute to the musical legend.

Robert J. Krause II makes an argument that Strawberry Fields has become a place of pilgrimage for Lennon and Beatles fans. Based on testimonies, Krause notes that visitors display “a depth of sentiment that reaches beyond the scope of rock music to a confluence of historical reflection, idealism and timeless hope for peace.”

The original Strawberry Fields was a Salvation Army orphanage in the Liverpool of John Lennon’s childhood. The 1967 Beatles’ song “Strawberry Fields Forever” suggests something of an idyllic youth mixed in with the Sixties’ musical and drug experimentation.

Strawberry Fields no longer exists in Liverpool. In some sense, however, it has been reincarnated in Central Park. Krause says that the space “physically locates the sentiments of the song as well as the memory of John Lennon.” But for Baby Boomers, he argues that the site is more than just about Lennon: “It becomes a shine to the youthful idealism of the 1960s.”

Not that youthful idealism is solely a characteristic of the 1960s. Krause also has interesting things to say about Lennon’s song “Imagine,” which has remained controversial in some quarters. Not long after Lennon’s assassination, for example, my high school class chose “Imagine” as our class song. This was, however, the bowdlerized version (“and no religion too” was censored out, over strenuous objections from myself and a few others): we Lennon-ists went ahead and sang the actual lyrics anyway. Imagine that.

Imagining Strawberry Fields as a Place of Pilgrimage
By: Robert J. Kruse II
Area , Vol. 35, No. 2 (Jun., 2003) , pp. 154-162
Wiley on behalf of The Royal Geographical Society (with the Institute of British Geographers) 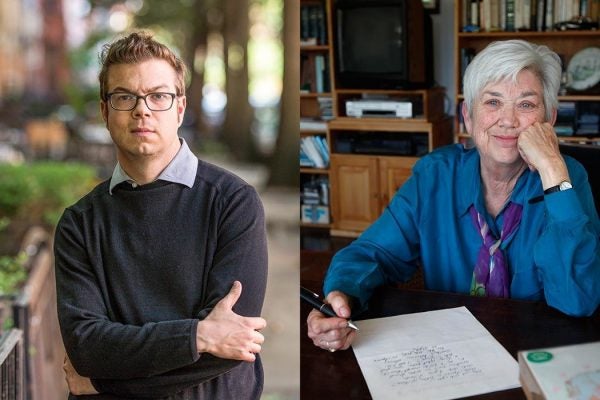 We've made available two poems each by Ellen Bryant Voigt and Ben Lerner, 2015 recipients of the MacArthur "Genius" Grant.