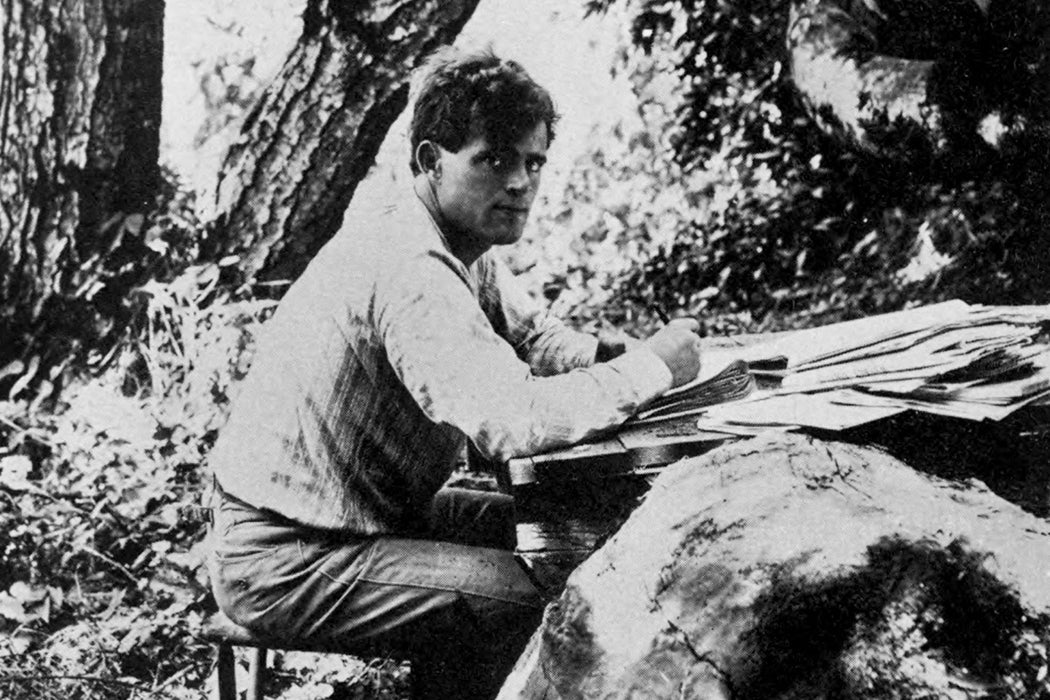 Catfishing, imposters, and mistaken identity are par for the course in the internet age. But it turns out that the phenomenon isn’t an entirely modern one. Take Jack London, for example. In the early twentieth century, Loren Glass explains, the swashbuckling author became so famous that multiple men were intent on stealing his identity—and in true Jack London fashion, he decided to track them down and confront them himself.

London, born 141 years ago today, was famous for his multifaceted, hardworking life. Despite having only the education of an eighth-grader, he managed to make a name for himself by capitalizing on his adventures in places like the Yukon and his journalistic coverage of war and social upheaval. London became notorious and then famous for inserting himself in his own stories and for his adventurous spirit. By 1906 he discovered that an imposter was using his name to cash checks and gain local notoriety in Billings, Montana.

London’s imposters used his name to gain entrance into social events. One even gave a lecture at the Library of Congress as “Jack London.”

It wasn’t his only double. In a letter to a friend, London complained that imposters had used his name to do everything from seduce women to check out library books. They apparently used his name to gain entrance into social events, then tarnished it. London’s various doubles went to fancy events, then plied attendees for personal information and even, at one point, gave a lecture at the Library of Congress as “Jack London.” Henceforth, notes Glass, London “made it something of a personal quest to track down his doubles.” He tracked down one of the doubles after years of effort and offered to meet and “swap” experiences (an offer the double refused). He even pitched a piece—never published—about his experiences meeting them.

The audacity and ability of London’s doubles to go where they wanted and do brash things came from his own power as a kind of quicksilver explorer, a literary phenomenon who was so prolific and well-loved he could very well have been in two places at once. London was aware of the currency of his name, writes Glass, and had in fact faced down plagiarism claims of his own. (He does appear to have borrowed generously from others and even put his name on pieces that borrowed heavily from public figures’ real-life accounts.)

Glass notes that London lived in a new era, one marked by the rise of sensational journalism and publications driven by the demands of advertisers and a fame-hungry public. Though London took to that milieu like a fish to water, he also expressed anxiety about the ownership and obligations of his work. Glass’s London is an author who both questions and revels in celebrity and who seeks and rejects anonymity. By straddling both worlds—and attempting to face down the men who tried to profit from his name—London created something entirely new: a public figure who was one of the world’s first true celebrity authors.

What does it mean to have a literature of resistance?