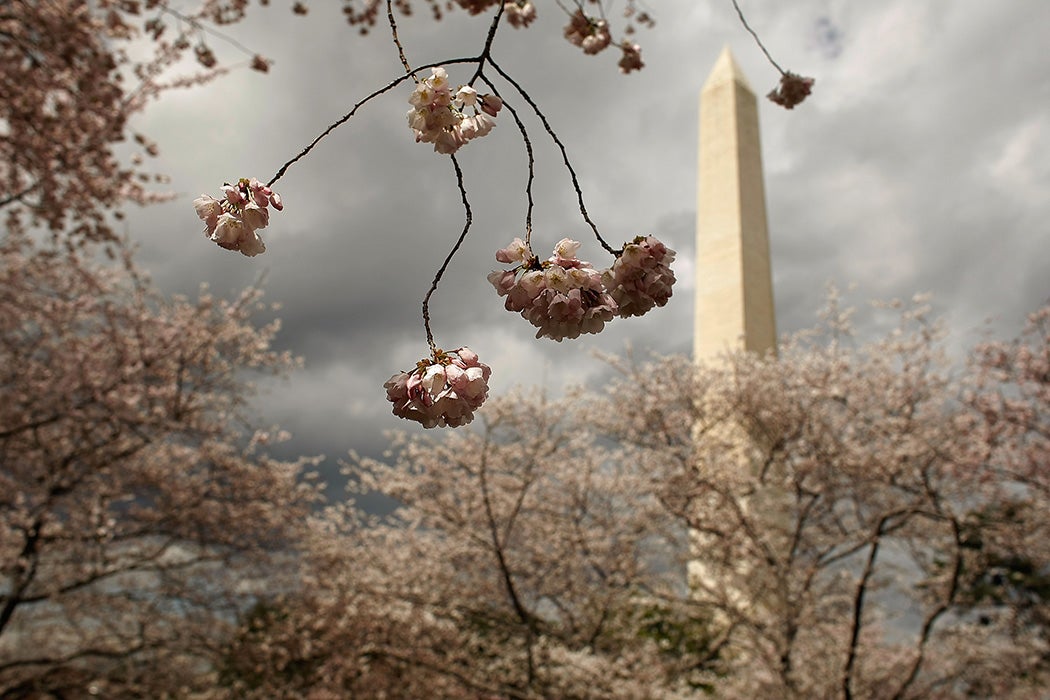 Small white flowers bloom on the end of a cherry tree branch near the base of the Washington Monument in Washington, DC.
Chip Somodevilla/Getty Images
By: Olivia Box
2 minutes
Share Tweet Email Print

The seasons are marked by changing trees. In the fall, red leaves drop from the Norway maple. Washington, D.C., is known for its pink cherry blossoms, a symbol of spring. What do these trees have in common? They are both invasive to the United States.

Cherry blossom trees are native to Japan, while Norway maple are European. Cherry blossoms are now a strong presence in botanical gardens and parks, and Norway maples are frequently planted on city sidewalks because they are fast-growing.

Trees were not considered to be as much of a threat as invasive plants until recently. But invasive trees can be just as damaging to ecosystems and can displace native trees in both urban and forest environments very quickly.

Four thousand invasive species introduced to the United States via horticulture have become established outside of their range.

Researchers David M. Richardson and Marcel Rejmánek note that while currently only 0.5–0.7 percent of the world’s trees species are invasive, these invasions are on the rise and are a reason for concern.

Trees and shrubs can become invasive in several ways. Horticulture is a leading cause, with trees being transported outside their range for their beauty. Horticulture extends beyond botanical gardens, to places including backyards, parks, and city streets. According to Richardson and Rejmánek, four thousand invasive species introduced to the United States via horticulture have become established outside of their range, displacing native species and disrupting numerous ecosystems.

Managing invasive species is no easy task. As Richardson and Rejmánek sum it up: “Conflicts of interest abound… The demand for popular ornamentals also has strong cultural ties, and the demand is difficult to change quickly.” In 2001, landscape architect Don Brigham Jr. noted that the cost of managing invasive species in the United States was around $35 billion per year. Even with those efforts, according to Brigham, the US Fish and Wildlife Service estimates that nearly half of the country’s native endangered plant and tree species have declined due to the encroachment of exotic plants and animals.

Landscape architects have some power to change this. Landscape designers and planners can consider native trees and plants when planning new projects—which is good for native ecosystems, pollinators, and climate.

Taking good care of a site also helps. Invasive trees and plants can quickly dominate disturbed sites, writes Brigham: “Invasive plants have all the characteristics of weeds: fast growth and prolific reproductive spreading by seeds or suckers. But the worst attribute is their ability to outcompete the native plants, thus eventually overrunning those indigenous.” But healthy soil makes it more difficult for invasive species to take hold.

Brigham suggests that architects take on an educational role, showing customers which species are problematic in their region. And the best way to prevent invasive species? Preclude them from being introduced in the first place. 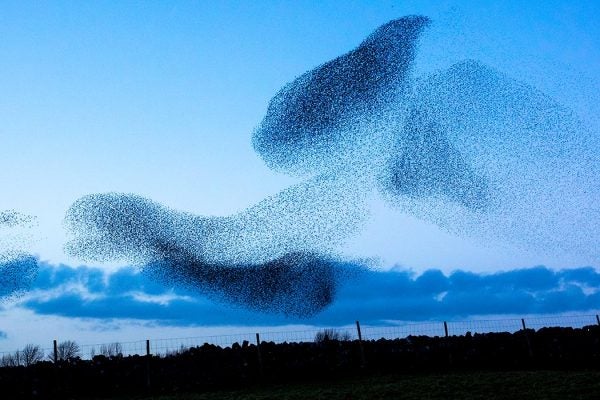 What If We Had All the Birds from Shakespeare in Central Park?

According to birding lore, two of America's most invasive bird species were introduced by a misguided Shakespeare fan named Eugene Schieffelin.