When a Cultivated Tree Goes Rogue

The Callery pear was meant to help prevent fire blight from destroying the commercial pear industry. Then it became invasive. 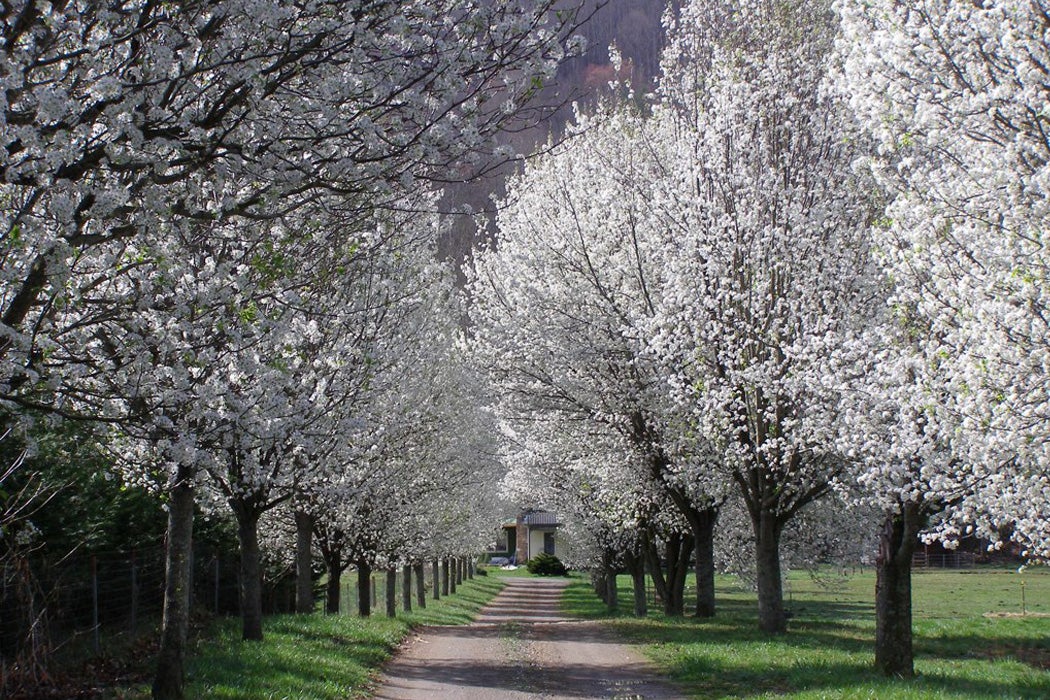 The Callery pear tree has become an invasive and weedy problem. Widely planted in cities and suburbs across the United States, the tree is spreading into wild areas and crowding out other species. The Callery pear has become one of those paradigmatic exotic plants that have gone over the fence, escaping from carefully tended cultivation.

Scholars Theresa M. Culley and Nicole A. Hardiman explain how this tree went from prized import to invasive pest. In the early 1900s, fire blight, a bacterial disease spread by pollinators, was decimating the American commercial pear industry. Callery pear trees, native to parts of Asia, are resistant to fire blight, so the species was introduced to the U.S. in an effort to stop the disease.

To get more specimens of Callery pears to experiment with, the U.S.D.A. sent one of its agricultural explorers, Frank N. Meyer, to China in 1916. The Dutch-born Meyer introduced some 2,500 plant species to the U.S.—including the Meyer lemon—before drowning in the Yangtze River in 1918. His mysterious death added to his mystique as one of the great plant hunters.

Callery pears were more resistant to fire blight, so they were used as rootstock in the U.S. to combat the disease. Edible pear varieties were grafted onto the resistant Callery roots, and, voilà, less of a problem with fire blight. The specimens collected by Meyer and others did indeed help rescue the American pear industry.

The disease-, drought-, and pollution-resistant Callerys also turned out to have ornamental potential. Horticulturalists got to work on breeding them for the trade. In 1962, a commercial cultivar called the Bradford pear was introduced. (A cultivar is a plant or group of plants bred from a naturally occurring species.)

As the trees reached their late teens and early twenties, their flaws became apparent.

“It eventually became one of the most widely planted boulevard trees in the urban areas of the United States,” write Culley and Hardiman. The Bradford was “prized for its white spring flowers, rapid growth, compact form, and glossy dark leaves.”

But as the trees reached their late teens and early twenties, their flaws became apparent. The Bradford is structurally weak; it has a tendency to break apart under its own weight, especially in storms. As a result, Bradfords are now banned in some municipalities.

While other cultivars of the Callery don’t have the structural weakness of the Bradford, a new problem arose from the presence of so many different cultivars on the market: they were cross-pollinating and spawning new genetic combinations. Individual cultivars aren’t invasive, Culley and Hardiman explain, “but the combination of cultivars within an area can create a situation in which invasive plants are produced.”

As late as 1994, Callerys were “considered to have little invasive potential,” write Culley and Hardiman. But within a decade, the species was listed as an invasive by agencies of the federal government and numerous states.

Callerys are still so new to North American ecosystems that their ecological effects in the wild aren’t fully known. What is known is that they interfere with normal plant succession on disturbed sites. They also form thick, impenetrable scrub, becoming the kind of monoculture that diminishes habitat for a wide range of life forms.

And thus a tree once admired for its hardiness and beauty has become a weed.

The Beginning of a New Invasive Plant: A History of the Ornamental Callery Pear in the United States
By: Theresa M. Culley and Nicole A. Hardiman
BioScience, Vol. 57, No. 11 (December 2007), pp. 956-964
Oxford University Press on behalf of the American Institute of Biological Sciences 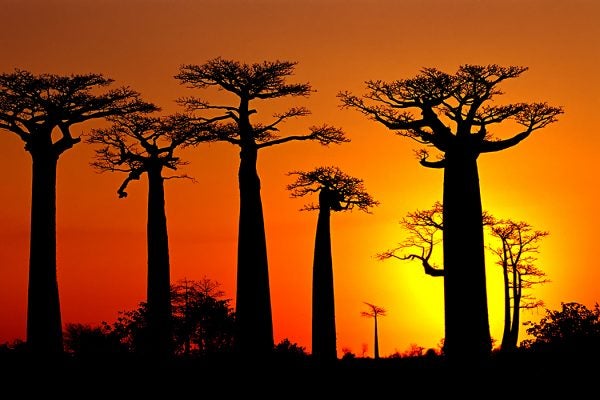 Sub-Saharan Africa's iconic baobab trees are experiencing die-offs at an alarming rate. What makes these distinctive trees so unique?