Is It Ethical to Grow a Brain in a Petri Dish?

Brain organoids could be the key to understanding brain diseases, which is why we should think carefully about how far we are prepared to take them. 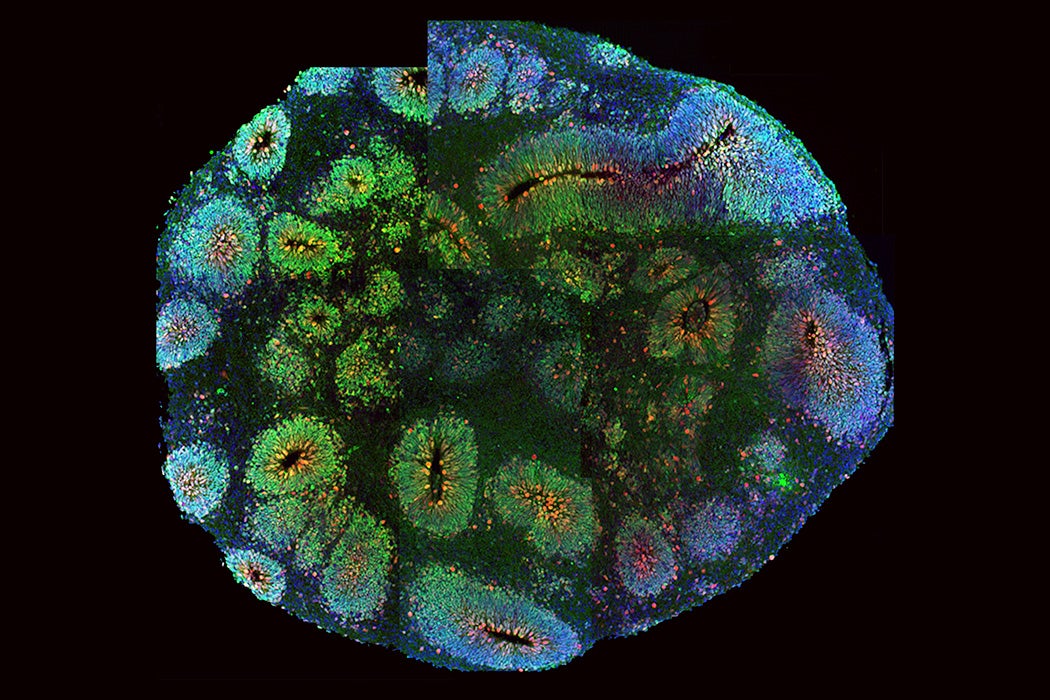 For Alexander Fleming, leaving a petri dish out in the air led to his now famous discovery of antibiotics. For Madeline Lancaster, leaving stem cells in a shaker led to the discovery of a new model for neuroscience: brain organoids. These blobs of tissue, grown from human stem cells, resemble some of the essential parts of the human brain. Although they are as small as apple seeds, brain organoids may hold the key to understanding one of life’s great mysteries: the human brain.

Our brain is, arguably, the organ that most makes humans what we are. Our cerebral cortex, the outermost layer of the brain, underpins human cognition. When things go wrong in the cerebral cortex, either as we develop or as we age, this can cause neurological or psychiatric diseases. Neuroscientists have been trying to understand brain development and disease, but they have run into a pretty basic problem: We (usually) cannot collect brain tissue from living people. So neuroscientists are limited to studying tissue that is donated by those who have died or observing a living brain “behave” in an MRI.

The Old Model: The Limits of Lab Rats

To help fill in the gaps in our knowledge of the brain, scientists have turned to the proverbial lab rats (which are actually mice). Mice, rats, primates and other animals have given scientists the chance to tease apart the roles of genes, molecules, and cells in brain development and disease. Some important insights were gained from these animals. Genetically engineered mice helped researchers understand how a protein called alpha-synuclein can misfold and clump together in the Parkinson’s-diseased brain, potentially injuring nerve cells. Research into Alzheimer’s disease got a boost by mice that were genetically engineered to have mutations linked to Alzheimer’s. These mice have helped scientists understand how misfolded beta-amyloid proteins stick together in plaques in the brain, a hallmark of the disease.

But a mouse is not a human: mice do not behave as humans do; mouse brains are simpler than human brains; and the mouse genome is not the human genome. Researchers argue that a modified mouse or other animal do not reflect the complexity of humans, let alone the complexity of neurological or psychiatric conditions. For many conditions, researchers do not even know which gene defects are part of the underlying cause. Instead of creating a mouse that has the same gene defect as that found in human patients, researchers have had to make do with animal models that “behave” similarly to humans.

In one test for depression-like behavior, researchers hold mice upside down by their tail and measure how long they struggle against it. Mice that give up sooner are judged to show greater “despair.” But researchers are rightly skeptical. “We can make models by challenging mice in different ways and looking at their behavior but it’s not at all clear that these animals have the same disease that we do,” the neuroscientist Fred H. Gage, President of the Salk Institute for Biological Studies, said.

Organoids to the Rescue

What then? Four millimeter brain organoids might seem an unlikely source for finding therapeutic breakthroughs for complex diseases. But much hope has been put into them since Madeline Lancaster presented the first such “minibrains” in 2013. As with many scientific developments, her discovery had an element of serendipity, but can’t be reduced to it.

Lancaster, then a postdoc in a Vienna laboratory, wanted to understand how developing brain cells switch from dividing, when they make more of themselves, to differentiation, when they turn into neurons or glia cells. To start off, Lancaster used techniques to coax stem cells, which can develop into pretty much any tissue, towards becoming neurons. But she had also been intrigued by the success of another research team, which grew “mini-guts” in Matrigel, a gelatinous protein mixture. So once Lancaster had coaxed the stem cells into becoming neural cells, she took clusters of them and put them into a drop of Matrigel. This gave the cells enough support to grow into larger and more complex structures.

The brain organoids had grown structures similar to those found in the human brain, including the cerebral cortex, the seat of human cognition.

Gently shaking the cells in a bioreactor, caused them to specialize into recognizable rudiments of the human brain. Within about two months, the brain organoids had grown structures similar to those found in the human brain, including the cerebral cortex, the seat of human cognition. Organoids also have genetic similarities with the developing human brain. Moreover, many of the neurons in the organoids fired off electrical signals, the messages with which brain cells communicate.

Lancaster immediately realized one of the big promises of brain organoids: As stem cells are their starting material, researchers can take skin samples from adults and re-program those cells into stem cells. These then provide material for a personalized brain organoid. In their first presentation of organoids, the researchers grew personalized organoids from the skin cells of a person with microcephaly. Microcephaly, a condition where the brain is smaller than normal, is difficult to study using mouse models. The researchers took a step toward figuring out why neuron-producing cells stop their job too soon, which could ultimately result in too few neurons. When they added a copy of the faulty gene, the researchers grew organoids with more neuron-producing cells and, ultimately, more nerves.

Toward a Better Model of Brain Disease

Brain organoids certainly have their limitations: No two organoids are the same, potentially obscuring differences between personalized organoids. A lack of blood supply keeps the organoids small, as it limits the amount of oxygen that can get into their center. With about a couple of million neurons, a brain organoid has twice as many neurons as a cockroach, but far fewer than an adult zebrafish. Nevertheless, organoids have been used to investigate schizophrenia and autism, and scientists hope to use them to study a range of disorders, from Parkinson’s to Alzheimer’s to eye conditions, like macular degeneration.

With time and intensive research, brain organoids are now better understood and being used in more complex experiments. One study found that organoids left to develop for 8 months formed neuronal circuits that sparked with activity, and grew light-sensitive neurons that responded when light was shone on them. Another lab has developed organoids that produce brain waves similar to those of premature human babies.

Other researchers have developed workarounds to overcome the lack of blood supply. In another study, led by Fred Gage, neuroscientists transplanted human brain organoids straight into mouse brains. The organoids connected with the mouse’s blood supply, and connections between the human organoid and the animal’s brain sprouted.

This brings up ethical questions: the small blobs of brain tissue aren’t fully fledged brains, sitting in vats thinking about the meaning of life. The brain waves observed in some mature organoids alone are unlikely to be enough to produce complex brain functions. And, isolated from sensory input, it is unclear whether the organoids could even “learn” cognitive processes.

But implanting brain organoids into the brain of an actual living mouse could link the blob with the animal’s senses and motor system. These experiments hark to a related debate raging in science, about the creation and use of chimeras (animals into which human cells have been implanted). While in the U.S., the National Institutes of Health put in place a moratorium on funding research that investigates animal embryos containing human cells in 2015, in March, 2019, Japan announced a reversal of its ban, allowing scientists to grow human cells in animal embryos that are carried to term.

It is important to ask whether the organoid enhances specific brain functions in the chimera, and at what point this enhancement crosses the line.

A recent perspective published in Cell posited that, at the moment, the question isn’t whether we humanize an animal into which a human brain organoid is implanted. Instead, it is important to ask whether the organoid enhances specific brain functions in the chimera, and at what point this enhancement crosses the line, becoming harmful and unethical. The authors argue that current studies are more likely to worsen brain function than to improve it.

At the moment, researchers need to make a surgical cavity to accommodate the organoid, which likely harms brain function. Once organoids can make up this deficit, which would be a notable achievement from a clinical perspective, and brain functions are enhanced above a critical threshold, perhaps the chimera should be given a higher moral status. This could go as far as giving the chimera the right of self-determination, the authors argue. Where this critical threshold lies is left open for debate, but the mirror test could be used to test for self-awareness in animals after organoid transplantation.

With brain organoids, the scientific community could be in danger of crossing yet another ethical line, some researchers warn. At this year’s meeting of the Society for Neuroscience, the largest annual meeting of neuroscientists, a group of scientists sounded the warning bell that research is coming close to creating sentient brain blobs in the lab, while some may have done so already.

The question here is at what point organoids, all on their own, develop consciousness or experience sentiments like pain. In 2018, a group of scientists, lawyers, ethicists, and philosophers, writing in Nature, advocated for an ethical debate on brain organoids. With their initiative, they wanted to get ahead of the science, establishing guidelines before brain organoid research could raise immediate concerns.

At the meeting of the Society for Neuroscience, Elan Ohayon, director and founder of the Green Neuroscience Laboratory in San Diego, and his colleagues argued that serious concerns already have become reality. Ohayon presented a computer model which he believes helps to pinpoint when sentience is likely to arise. He suggests that some of the activity seen in organoids is reminiscent of the activity seen in developing animals and that organoid cultures may be capable of supporting sentient activity and behavior. Ohayon calls for a set of criteria to be applied to organoids that could help determine sentience and set ethical rules.

Brain organoids likely have a long way to go until they develop consciousness. And there is also likely a long way to go until they help researchers achieve therapeutic benefits. However, the promise of these blobs is so great that giving up brain organoid research altogether –—given the suffering caused by neurological and psychiatric diseases, and the lack of other models—could itself be unethical. Whether or not any ethical lines have been crossed already, it is high time that neuroscientists, and society, come to terms with the question: What will organoids be able to tell us, and are we prepared to pay the price? 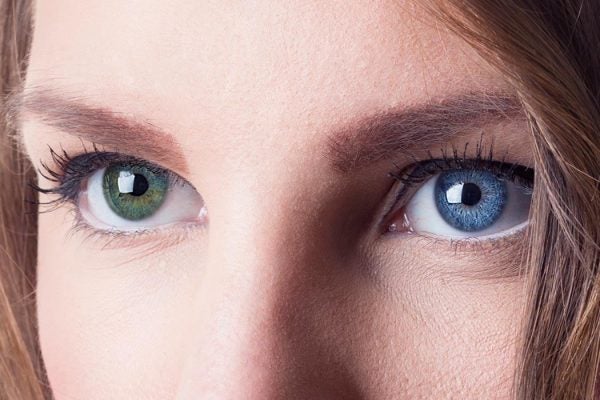