How scientists, linguists, and activists are working together to preserve indigenous languages in the Arctic—as well as the region’s biodiversity. 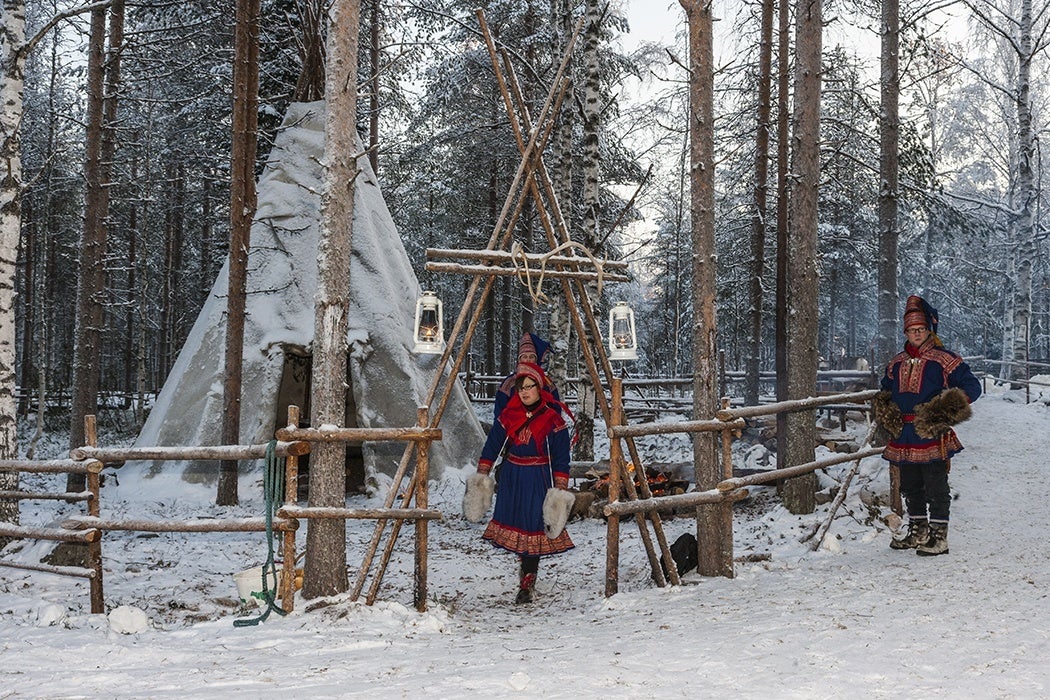 When American linguistics scholar Lenore Grenoble began her career, she knew she wanted to use her knowledge to do something of social value. But what? A gathering of linguists at an international conference in 1992 provided the answer: support communities speaking endangered languages. Grenoble began by studying Evenki (a language spoken by indigenous peoples of Siberia) and eventually transitioned to Greenlandic. While in that icy country, she was directed by a friend to a symposium being held in Tromso, Norway. She knew little about what would be discussed there, but her friend assured her that it was an important subject. So Grenoble went. What she learned there reshaped her career.

“Cloudberry picking with my mom is our arena of transferring local knowledge and language,” Gunn-Britt Retter told the crowd assembled at a conference hall in Tromsø, Norway. “She would talk all the time and tell about the places we pass and what to keep in mind to find our way. She would repeat the same every time when we take that very route, knowing it’s difficult to remember it all once and that I might not always pay enough attention to what she’s telling.”

Retter went on to explain the ways in which her Saami language captured environmental nuances. The language, she said, shouldn’t be separated from the knowledge system it belongs to—one that includes precise information about the Arctic environment. In fact, she came to the 2008 Arctic Indigenous Languages Symposium to pursue the link between linguistic preservation and biological diversity in the Arctic.

Since the 1800s, 21 languages have become extinct, and another 28 are listed as critically endangered.

American linguistics scholar Lenore Grenoble found herself in the audience of the same symposium, a forum created to address issues facing Arctic people, for similar reasons. “This is the first meeting that the permanent participants (of the Arctic Council) had ever called on their own,” Grenoble said of the symposium years later. “Here you have massive climate change in the Arctic—and what they wanted to work on was language.”

In the context of all the other threats to their homes and livelihoods, it seemed almost unbelievable that six indigenous groups of the Arctic region (the Aleut International Association, the Arctic Athabaskan Council, the Gwich’in Council International, the Inuit Circumpolar Council, the Russian Association of Indigenous Peoples of the North, and the Saami Council) chose to mobilize for the sake of dying languages. But to the people fighting to keep their languages alive, it made all the sense in the world. And for Grenoble, who has built a career on studying indigenous Arctic languages, it was an opportunity to turn her scholarly work into social activism.

What resulted from that 2008 gathering of scholars, activists, and politicians was an ongoing effort to document, preserve, and revitalize indigenous Arctic languages. The ultimate goal was not only that the indigenous people would benefit from speaking their own languages, but also that the environment would reap rewards from their stewardship. For a region that’s warming faster than any other place on Earth, these kinds of efforts could mean the difference between livable conditions and a mass exodus.

Until the arrival of empire-building European nation-states, the Arctic was filled with small groups of people who survived despite the enormous odds against them. Today, the number of nonindigenous peoples far surpasses the number of original inhabitants, and prospectors interested in the region’s abundant natural resources are shaping its future. When these colonizers first arrived–be they Danish or Swedish or Russian or American–indigenous languages were often eliminated by reeducation programs that forced children to speak the language of the colonial power. Bit by bit, Arctic indigenous languages slipped out of existence. Since the 1800s, 21 languages have become extinct, and another 28 are listed as critically endangered.

“When I first started working with Alaskan native languages in the mid-to-late ’90s, things looked pretty awful,” said documentary linguist Gary Holton. “People were down, there wasn’t a lot of enthusiasm. Then I start looking around and see things like people posting videos on YouTube and starting Facebook pages, just trying to communicate a little.”

The younger generation has moved past the historical baggage their elders carry, Holton thinks. Instead of feeling depressed and disenfranchised, they’re actively working to incorporate the language into their lives. And a big part of their lives is the rapidly changing environment. Arctic sea ice is declining, which will impact the animals indigenous people hunt. Patterns of snow cover and depth are shifting, forcing reindeer-herding peoples like the Saami to change their routes. All around them, indigenous Arctic people see a world in flux, the changes beyond their control.

There’s a reason one of the Saami dialects has 318 words for snow.

“The indigenous people that I know from the Arctic, they feel like they’re the recipients of climate change but not the causers,” Grenoble said. “Whereas the language they feel they can take ownership of and—this is my interpretation—it’s something they feel was taken away from them by colonization.”

Undoubtedly, reclaiming one’s language is a way of connecting to heritage and history, and Grenoble sees a great deal of emotion involved in the fight to preserve endangered languages. If the language has been suppressed by colonizing powers, reclaiming it is also political. But as far as what is lost for the world at large when a language goes extinct, the answer is far murkier.

“It’s a much more nuanced story than this dramatic language death. There’s some number out there that every two weeks a language is lost. Nobody thinks that’s actually right; there’s no data for it,” Grenoble said.

The difficulty in defining the value of a language for people who aren’t its speakers is encapsulated by the Sapir-Whorf hypothesis. Also known as linguistic relativity, the hypothesis states that the structure and lexicon of a language directly affects its speakers’ worldview. In other words, your language shapes your reality. Scholars have been arguing over this hypothesis for decades. Some say that just because a word can’t easily be translated from one language to another doesn’t mean the concept doesn’t exist in the second language in a different form. Others argue that languages are more than simple communication tools. As one scholar writes, “Languages are perspectives, and…perspectives affect one’s way of seeing and, more importantly, one’s way of explaining the world.”

Arctic languages exhibit a unique connection to the environment. As Gunn-Britt Retter said, there’s a reason one of the Saami dialects has 318 words for snow. You need those minute variations to carry out your day-to-day life. You also need them if you want to measure, understand, and adapt to rapid climatic changes.

“There are so many layers in traditional knowledge,” Retter said in an interview. “Observation and local involvement in order to know what conditions you have, but the other thing is deeper knowledge in the terminology.”

Particularly important in these observations was the snow’s stratigraphy (what its layers are like), which isn’t easily measured from afar, even with advanced technology. The Saami have monitored it for generations, because it impacts reindeers’ access to vegetation. Other studies support the data provided by Saami herders and indigenous people, with scholars concluding that their observational information almost always corresponds to instrumental observations.

The Saami aren’t the only indigenous people collaborating with scientists to better document the effects of climate change. A number of hunters in Alaskan native communities along the northern Bering Sea and Chukchi Sea provided information about changing sea ice patterns and polar bear behavior. The scientists concluded: “The hunters also provided information about local abundance that is complementary to research on larger scales, but which could not have been gained in any other way.” Basically, because of their connection to the environment, the hunters saw and knew things that scientists did not.

“It’s not that things are untranslatable,” said Holton, the documentary linguist, on the topic of lost languages. He works with Alaskan native communities to record local place names and samples of their languages in hopes that they won’t die out or be forgotten. “You just lose a subtlety for how you view the world. You can’t recover that sense of intimacy, that ability to express things in a certain way that can’t be captured by other languages.”

And this might be exactly why the six permanent members of the Arctic Council chose to focus their efforts on language revitalization. In doing so, they might be able to protect their homes and ways of life–or, at the least, show resilience in the face of enormous change.

“Neither nature nor language can be permanently conserved; there would be only a record of that time. Living language and living environment will always change,” Retter said. “Our challenge now is how fast things are changing. When you don’t use things your vocabulary goes to sleep. When nature is changing, you might have vocabulary for it that goes to sleep.” 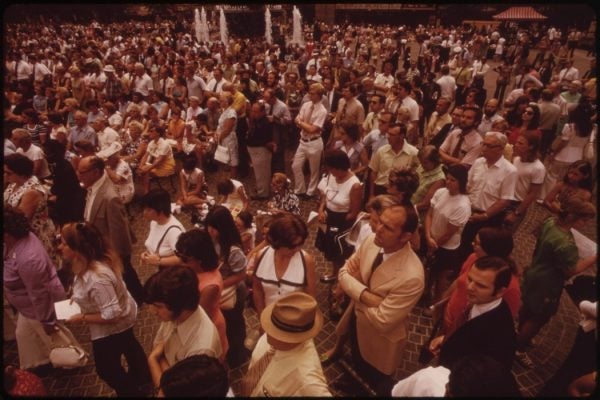 A Matter of Taste

The psychology of taste : we like what we can easily identify.