Indian Classical Dance and the Power of “Oneness”

Kathak is a classical form of Indian dance. Its practitioners use movement and gesture to tell stories, transcending gender and selfhood. 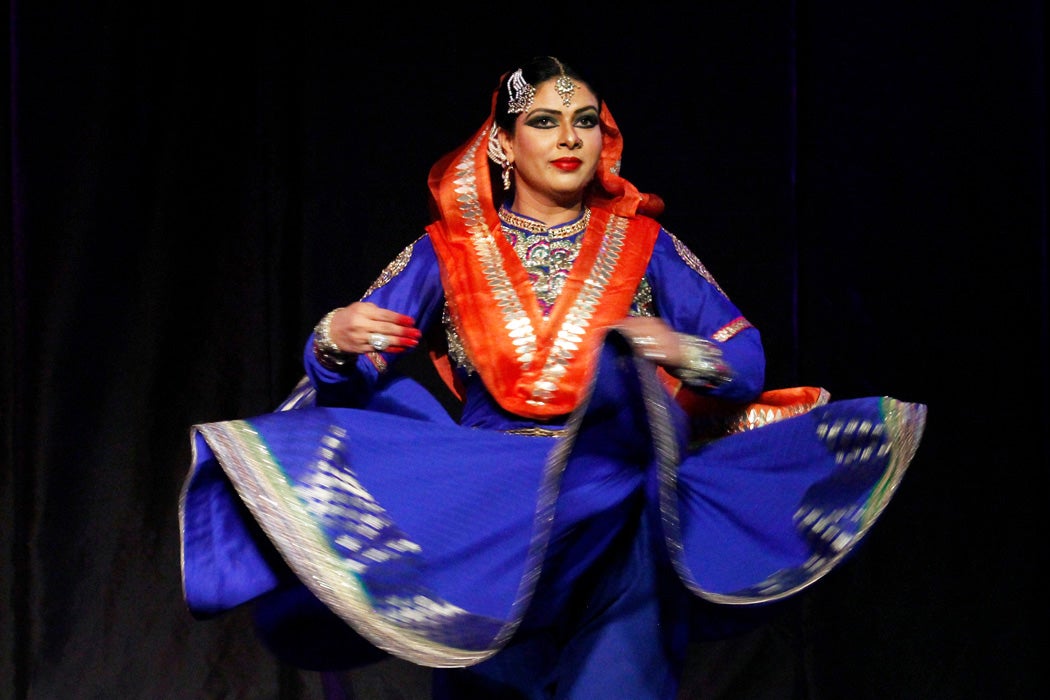 Recently, New York City’s Drive East Festival showcased accomplished performers of classical Indian dance and music. For many observers, this was an unprecedented opportunity to see just how uniquely Indian classical dance uses choreography as a form of storytelling.

An example of this storytelling can be found in a classical dance called Kathak. According to dancer Purnima Shah, Kathak introduces a tale of “oneness,” influenced by Hindu philosophical beliefs, that transcends gender. She writes, “‘Kathak’ is derived from the root word katha, closely but not accurately meaning a story, not in the colloquial sense, but rather narration of mythological stories with the primary purpose of educating the people.”

A swift, semicircular, clockwise and anti-clockwise movement signals that the dancer is switching characters.

Shah explains that until the turn of the twentieth century, Kathak was a solo dance performed by male dancers. In the classical dance, native to Northern India, a single dancer portrays multiple characters to tell stories based on Hindu philosophies with narratives of good versus evil. In every episode of the dance, a swift, semicircular, clockwise and anti-clockwise movement signals that the dancer is switching characters. For a character such as the Duryodhana, who is an evil prince, strong movements like an arched spine, broad shoulders, and wide strides convey the arrogance of the man. For the virtuous Yudhishthira, the movements are confident and controlled, granting a refined quality to the hero of the story.

This transcendent form of dance requires a unique kind of training, with teacher (or guru) and student working closely together. Ananya Chatterjea, who was trained in Indian classical dance for over two decades, writes, “My own gurus have always said that the perfect dancer must be so skilled in abhinaya that her or his physical self should slip away before the audience’s eyes as the narrative unfolds, and instead assume the identity of the character being portrayed.” The abhinaya here refers to the aesthetics and fluidity of the dancer, through which audiences can interpret the portrayal of characters such as the Duryodhana and Yudhishthira.

When Chatterjea arrived in the United States, she realized that American dance training included strict male and female roles unlike what she was accustomed to in her Indian training. Chatterjea writes that in classical Indian dance, “since the ideal dance student is expected to render herself devoid of aham (egotism) and to become a selfless devotee of the dance, she must train to perform both male and female roles or styles of dance with equal dexterity.” There are certain dance forms that are associated with different genders, such as kathakali, typically for male dancers, and the mohini attam, which is performed primarily by women. Chatterjea explains that the ideal achievement of classical training is the Ardhanarishwara, a “celebration of the half-man, half-woman deity” that requires dancers to move between male and female styles.

In training, the nritta, or “pure dance,” without a narrative, aims to portray a male movement style classified as “warrior-like,” in tandem with a female movement style that is “gentle and soft.” Shah writes that in Kathak, male and female performers aim to go beyond themselves as performers and concentrate on their characters. As they dance the story, the male and female styles are combined within the piece.

Through the learning process and classical training, dancers must give themselves up to the performance and skill in order to fully achieve this aspect when it comes time to perform. Chatterjea writes that it is an essential feature of Indian classical dance to balance one’s personal emotions and fully embody the characters in a manner of “oneness.” 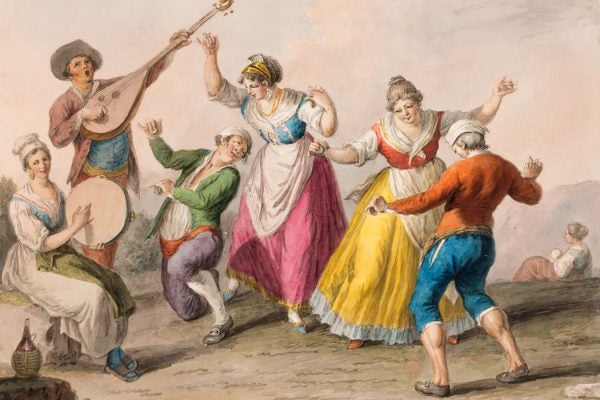