The digitized newspapers in this open access collection offer insight into the country’s diverse civil rights movements following the Civil Rights Act of 1964. 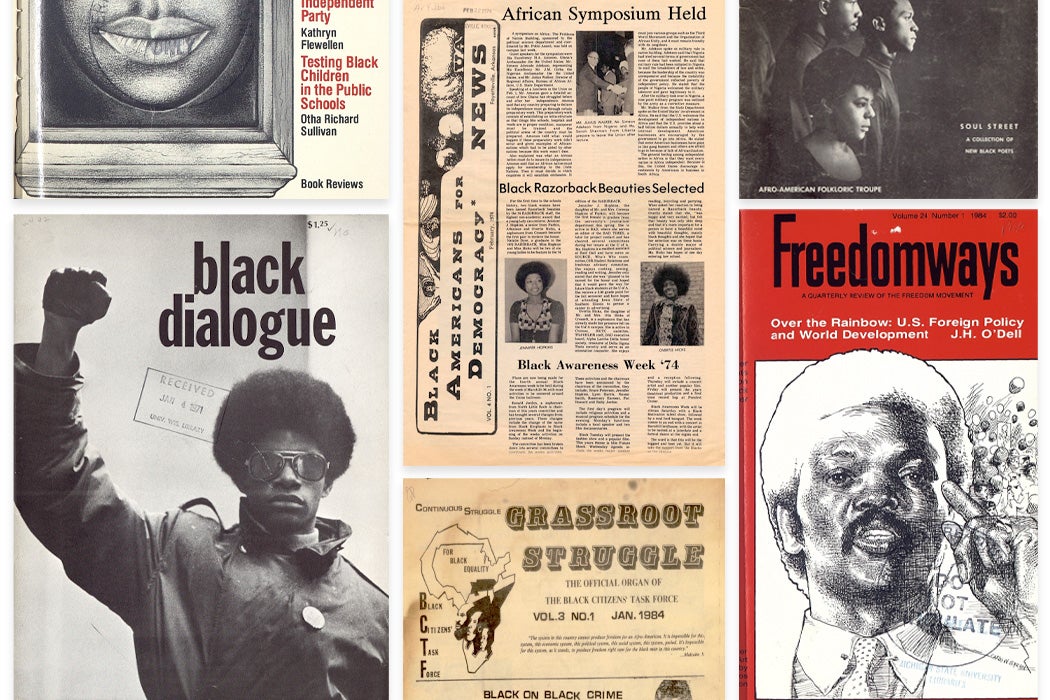 Words have power, and when Black words find their way into print, there is, by praxis, a sense of protest, a taste of agitation. Speaking that truth to power is an essential function of the Black press in America. Indeed, as scholar Todd Vogel wrote in his introduction to The Black Press: New Literary and Historical Essays, “the [Black] press gives us the chance to see writers forming and reforming ideologies, creating and recreating a public sphere, and staging and restaging race itself.”

According to the Encyclopedia of Arkansas, “The Black Americans for Democracy (BAD) was a group organized by African-American students at the University of Arkansas (UA) in Fayetteville (Washington County) to provide a united voice seeking to change discriminatory practices on campus.” The group started a newspaper in October 1971. It was published under three different titles: The BAD Times, Black Americans for Democracy News, and Times (Black Americans for Democracy).” All three iterations of the newspaper are in the Reveal Digital collection. The first issue declared that The BAD Times “sought to facilitate community among African Americans on campus.” There are hints of Afropessimism in this collection, but this isn’t necessarily a bad thing. For the editors of The BAD Times, the struggle is real, and the outlook is not always positive. The publication is practical, yet effective. The layouts are simple, but the headlines cry out for a complicated dialogue about justice. Take for instance these headlines: “Is There a Tomorrow?”, “Black Is,” and “Actions on Bad Meetings.”

This newspaper is the second iteration of the newspaper published by the group BAD at the University of Arkansas. The collection spans 1972-1975, and the paper provides positive news about the community to readers, covering issues such as “Racism on Campus,” “Black Rebellion,”  “Black Exchange Student” and more. The radical and polemical meet in the middle of the road for a set of frank conversations on the “race problem” in America. More than just a space for Black rage and white critique, Black achievement is wonderfully celebrated in its pages.

Interestingly, Black Dialogue has the feel of an LP package. The covers are starkly beautiful, and the publication announces what readers should expect: “articles, essays, poetry, fiction, plays, reviews, photographs,” a space for Black thought and Black art to thrive. In roughly 60 pages, Black Dialogue is a conversation with Blackness and beauty. Volume 1, Issue 2 features work by LeRoi Jones (who later changed his name to Amiri Baraka) on “Black Arts” and Bob “Moses” Parris on “the South.” The issue opens with a scathing editorial on Vietnam, calling the U.S.’s involvement “immoral.” “And why Black Soldiers should you fight the Vietnamese when it is Americans who won’t let you walk the Mississippi streets like a man with the complete protection of the law due any man?” There’s also a call to end police brutality in San Francisco. Much of what makes it into the pages of Black Dialogue could sit comfortably in a publication dated 2022. Translation: The record just keeps … spinning.

This collection runs from 1976 to 1977, and is a succinct comment on a time period recently past—the Civil Rights Era of the ‘60s, but with the Reagan ‘80s just on the horizon. The issue dated Feb. 1, 1977 features notable content such as “Black Contributions to America” and “Black Awareness Week ‘77” (at the University of Arkansas.) The editors write: “Black Awareness Week is not one week in every year but fifty-two weeks of every year.” A year earlier, President Gerald Ford made Black History Month official; however, one can read in that moment a kind of weariness for pageantry and patronizing. As the editors and writers of the publication acknowledge, the fight for equality is hardly over.

One of the larger collections (with 98 issues) Freedomways: A Quarterly Review of the Freedom Movement is notable for its inclusion of artistic (fiction and poetry) contributions, as well as opinion writing. In Volume 23, Issue 4 the topic of “Will Jazz Survive? Thoughts on the State of the Great American Art” by Playthell Benjamin and a book review of The Color Purple serve as fascinating artifacts. Equally notable is that the publication’s contributing editors including James Baldwin, Angela Davis, Alice Walker, Ruby Dee, and others. Lorraine Hansberry graces the cover of Volume 19, Number 4, which discusses the impact of Hansberry’s work on the Black community and on American culture itself. Baldwin’s “Lorraine Hansberry at the Summit” and Nikki Giovanni’s “An Emotional View of Lorraine Hansberry” are also worth a look. The collection goes all the way back to 1961, under its previous name, A Quarterly Review of the Negro Freedom Movement. This first volume features an essay by W.E.B. DuBois and a reprint of Frederick Douglass’ “‘The North Star’ Editorial.” Justice Thurgood Marshall’s dissent on the landmark Bakke case was reprinted in its pages in 1978.

Within the pages of this collection burns the soul of the Freedom’s Journal—the first black newspaper published in America in 1827. Although the collection covers the years 1982 through 1984, there is something rather quaint and nostalgic in Grassroot Struggle. It’s a newspaper that takes its title seriously. Note the official title printed on the front page: Grassroot Struggle: The Official Organ of the Black Citizens’ Task Force. It is, at its very center, a community newspaper. There’s also a section titled “Notes from S.A.L.A.C. Southern Africa Liberation Action Committee,” which speaks to the paper’s diasporic roots and activism. Need proof of the publication’s commitment to change? Read “Black Masterblockers Running Interference for the White Oppressors” in Volume 3, Issue 3.

This is the largest collection in the Independent Voices Black American Press collection, clocking in at 642 items. As the official newspaper of the Nation of Islam, published from 1960-1975, there is a symmetry, a rather potent summing up of the Black struggle (and Black pride) in these pages. This collection surveys the 1970s with such headlines as “THE DREADFUL TIMES OF AMERICA!”, “THE DESTRUCTION OF THE DEVIL,” “THE DEATH OF WHITE SUPREMACY,” “THE MARK OF THE BEAST,” and others. Muhammad Speaks is not afraid to challenge the status quo and vociferously defend Black excellence, in all its shapes and sizes. Adhering to a Muslim perspective, but buoyed by a greater conversation important to the Black diaspora, Muhammad Speaks is a deep cut worth exploring, for researchers and the general public. 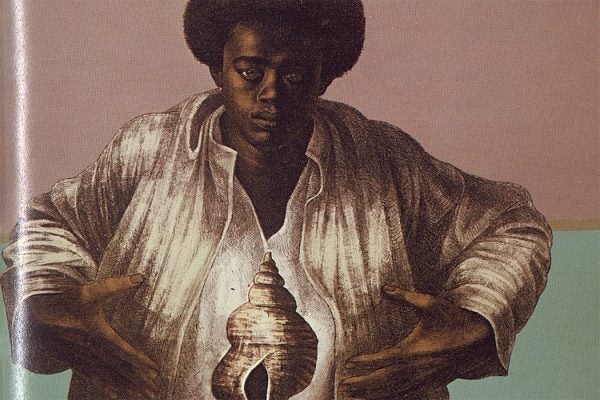 Freedomways, the African American journal of politics and culture chronicled the civil rights and Black freedom movements starting in the early 1960s. Read it on JSTOR.