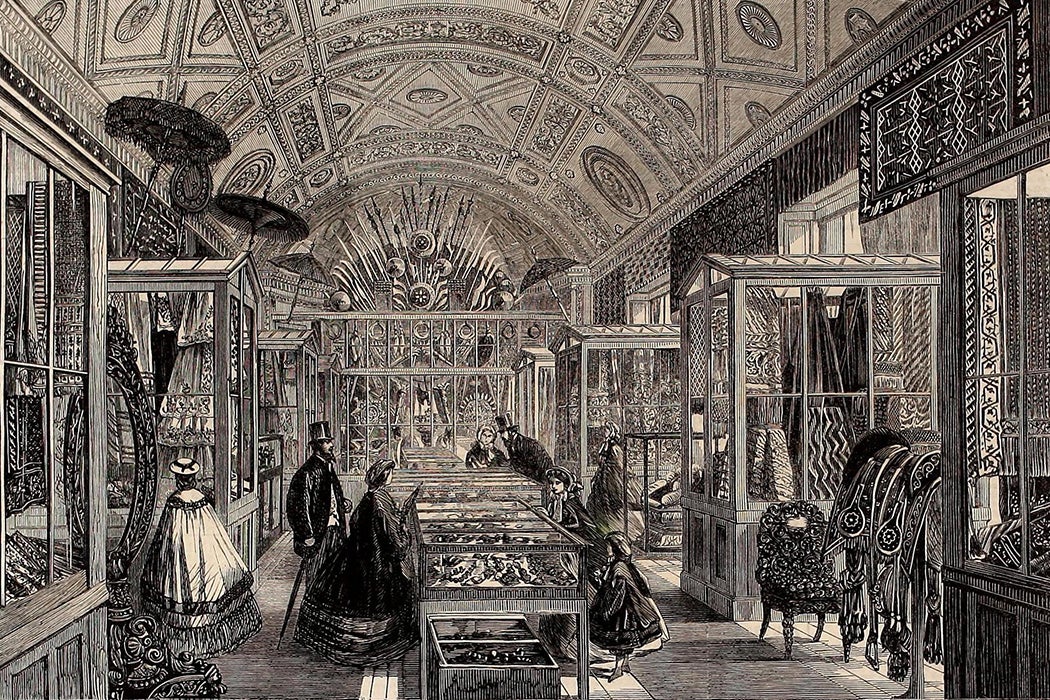 In the first half of the nineteenth century, one of Europe’s “most extensive collections of the natural history, arts, and sciences of Asia” was the Honorable East India Company’s Museum and Library in London. Known familiarly as the India Museum, it was, as scholar Jessica Ratcliff explains, a major player in imperial British science. And it was also a strange hybrid:

“It was a London institution but was funded with tax revenue from India; it was the property of a government, but that government was owned by shareholders; it was open to the pubic but was thousands of miles from a key public that it was said to serve; it was the company’s museum but was closely tied to Britain’s major public collections.”

But then, the East India Company was a strange beast. Chartered on the last day of 1600, the Company was a joint-stock corporation that grew to control most of the Indian subcontinent and wield a mercenary military larger than Britain’s army. Though a private monopoly, it was also a “quasi-independent state body,” writes Ratcliff, closely tied to the British Crown. The 1811 invasion of Dutch Java, for instance, was a combined Royal Navy and East India Company affair. And the British government would bail the joint-stock corporation out financially more than once on the “it’s-too-big-to-fail” model of state-capitalism.

At its peak, the East India Company controlled roughly half of the world’s trade and ruled millions of people.

Until 1858, when the British government took over direct rule of India after the Indian Rebellion, the East India Company was the world’s largest corporation. At its peak, the East India Company controlled roughly half of the world’s trade and ruled millions of people. Through armed expansion, strong-arm diplomacy, and outright plunder, it filled its collections with the spoils of war and natural history specimens. All this material was integral to the extraordinary explosion of science based on the flora, fauna, geography, and history of the world gathered by Europeans in the century following 1750.

This period, Ratcliff reminds us, saw “the emergence of new empirically oriented and data-intensive disciplines such as geology, paleontology, meteorology, oceanography, and physical botany.” It also witnessed the “multiplication of scientific societies and the expansion of professionalization.” The very word “scientist” was coined in this time.

And the India Museum was right there at the “intersection of imperial institutions and the material culture upon which scientific practice depended.” The museum was a nexus in a network of “barter, exchange, purchase, and donation” of objects extending among hundreds of repositories around the world. The imperial center pulled it all in, then distributed it all around itself. Kew Gardens, for instance, received 110,000 specimens even before the India Museum’s dissolution.

Western science’s debt to imperialism is generally unspoken—“the stuff of the empire would become the stuff of science”—as is the way it pauperized science in the colonies themselves. London took the tiger’s share of the plunder… including Tipu’s Tiger, a hit at the India Museum then and still popular today at the Victoria and Albert Museum. This is a near life-sized automaton of a Bengal tiger mauling an East India Company man, looted from Tipu Sultan, “The Tiger of Mysore,” when his palace was sacked in 1799.

The East India Company, personalized as John Company, was finally formally dissolved as a legal entity in 1874. Its collections—initially a cabinet of curiosities, then an “oriental repository,” and finally a “central distribution warehouse” with a cellar stuffed with unopened chests—were absorbed by the British Museum, Science Museum, Kew Gardens, and other institutions. The East India Company had “transformed the stuff of science, and the nature of scientific practice, across the British Empire.”

The East India Company, the Company’s Museum, and the Political Economy of Natural History in the Early Nineteenth Century
By: Jessica Ratcliff
Isis, Vol. 107, No. 3 (September 2016), pp. 495–517
The University of Chicago Press on behalf of The History of Science Society 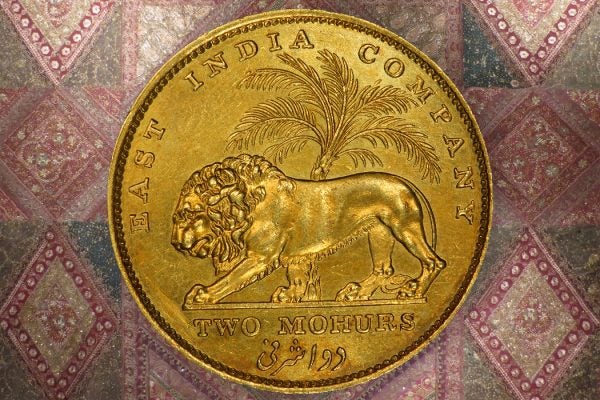 The historian William Dalyrmple's new book, The Anarchy, indicts the East India Company for "the supreme act of corporate violence in world history."