On the eve of the much-anticipated release of iPhone 6, the Philadelphia Shakespeare Theater presented iHamlet. 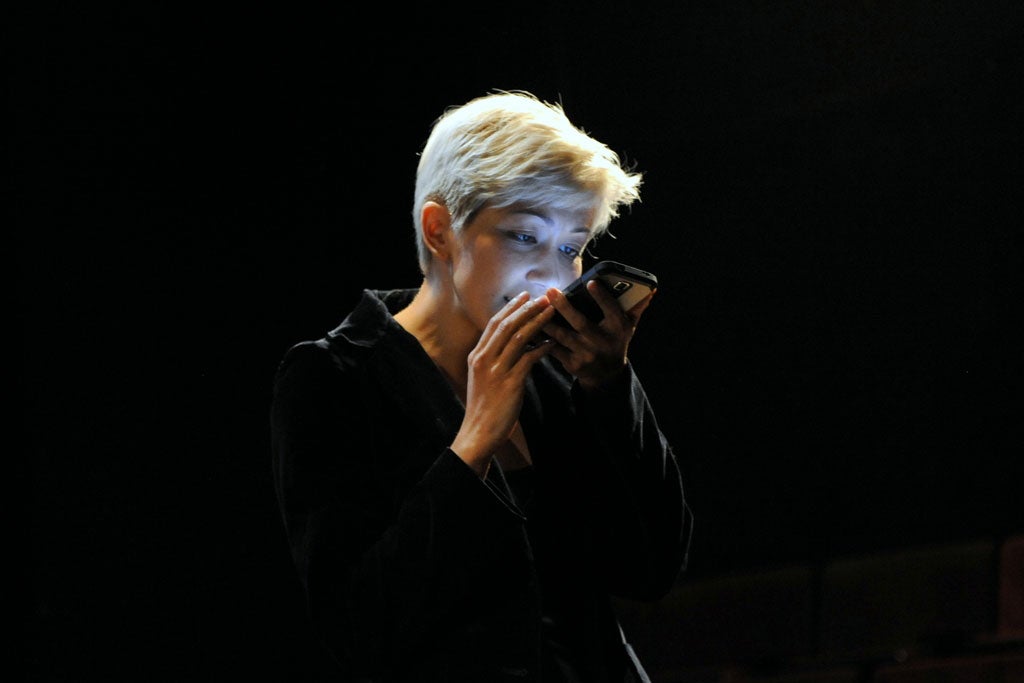 O that this too, too sullied flesh would melt,
Thaw, and resolve itself into a dew…

Hamlet pauses for an instant, then whips out the ultimate arbiter of modern diction: an iPhone.

O that this too, too sullied—

The tradition of women playing Hamlet is well-established; likewise is the vigorous retelling and reworking of Shakespeare’s most famous play. Hamlet, after all,  is the “Sphinx of modern literature,” as Shakespearean scholar D. J. Snider wrote back in 1873. “A man ought perhaps to change his opinion concerning this drama once every decade during the first forty years of  his existence; it would in most cases be a good sign of increased culture and maturer intellect.”

So why not a girl-prince in a dark hoodie who checks citations on her iPhone?

On the eve of the much-anticipated release of iPhone 6, the Philadelphia Shakespeare Theater presented iHamlet, South African playwright Robin Malan’s 52-minute, one-actor distillation that strips the four-hour play to its psychological essence using only the words, words, words of the doomed Dane. Originally published in 2010 under the title Lord Hamlet, the play was suggestively retitled iHamlet, with Malan’s consent, by actor/playwright Ashraf Johaardien who performed it for African audiences, and then internationally in 2012.

For the audience, iHamlet is an exhausting, emotionally concentrated hour of theater, offset by occasional comic relief in the form of occasional metatextual references. Malan’s script, for example, opens with Hamlet’s first soliloquy, calling for the prince to grab hold of various editions of Hamlet to consult them on the famous sullied/solid controversy.

In the Philadelphia production, which is part of the ongoing Philly Fringe Festival, director David O’Connor and Australian-born actor Melissa Dunphy take it a step further:

“When we realized that the script calls for Hamlet to reference the original play in a meta way, it seemed pretty obvious that we should throw an actual phone into the mix,” says Dunphy, herself a Samsung user, who needed to borrow an iPhone for the stage.

“Originally, we just used the beeping tones you hear before and after a voice search. But since Siri’s voice is so recognizable we decided to have her audibly correct Hamlet with Did you mean solid flesh?

Throughout the one-actor performance, Dunphy evoked absent characters by addressing silent audience members directly. A couple of late arrivals, seated with perfect timing by an usher, became Rosencrantz and Guildenstern. A woman in the front row stood in for Ophelia. But Siri’s voice, tinny and officious, was the only response our hoodied Hamlet was capable of hearing. 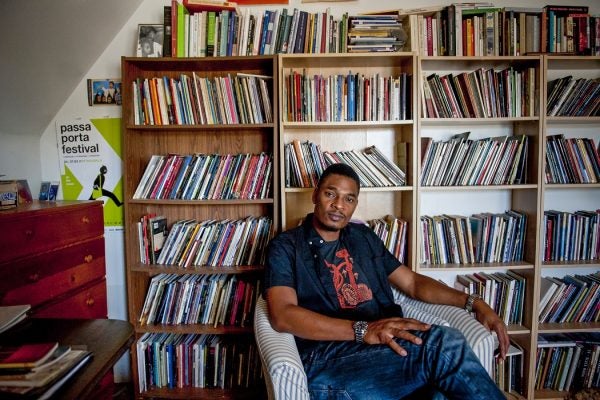 A collection of poetry by Terrance Hayes, in honor of his recent MacArthur win.