Black producers and entertainers use the concept of physically appropriating another race to discuss racism in “Dear White People” and “White Chicks.” 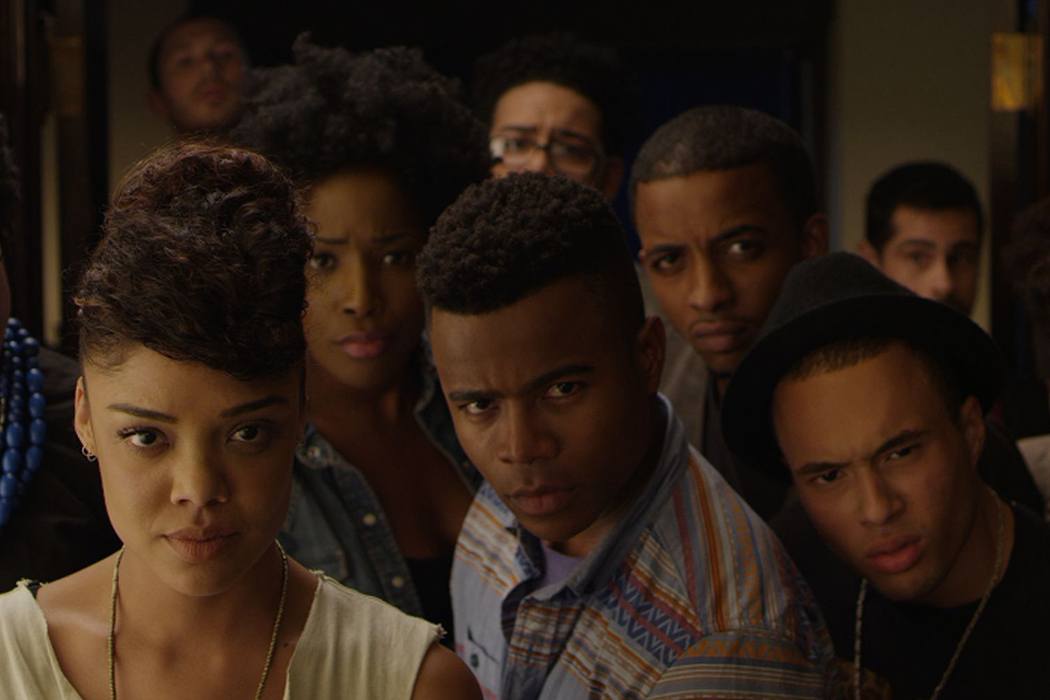 Netflix is set to release the television show Dear White People, a spinoff of the 2014 movie of the same name. The trailer depicts a black radio host listing what is and isn’t appropriate for a Halloween costume and then cuts to white college students in blackface, noting that blackface is not an appropriate costume. Following the release of the original trailer, many took to Twitter to publicly cancel their Netflix subscriptions, citing the trailer as racist. These subscribers felt the trailer promoted hate speech, reverse racism, and even white genocide for asking white viewers not to paint their bodies black, with one Tweet insisting writer Justin Simien is a monkey who should return to Africa. Positive critics, on the other hand, feel the show satirizes both sides of the racial divide in order to bring people together.

This isn’t the first time black producers and entertainers have used the concept of physically appropriating another race to discuss race relations. In fact, Keenen Ivory Wayans, Shawn Wayans, and Marlon Wayans did just that in the 2004 film White Chicks. As George Yang and Tracey Ann Ryser write, “In White Chicks, instead of whites ‘blacking up’ to ridicule the oppressed Other, black men (Shawn and Marlon Wayans) ‘white up’ to reveal and critique various instances of whiteness.”

Challenging racial stereotypes is often done through satirization of those very stereotypes.

In this slapstick comedy, Shawn and Marlon Wayans play undercover FBI agents who dress up as two white women, Brittany and Tiffany, whom they are ordered to protect. When “Brittany” and “Tiffany” attend the yearly Labor Day events for the rich and famous in the Hamptons, they must appropriate whiteness in order to remain undercover. Their exaggerated representation of whiteness pokes fun at a history of blackface, while allowing white audiences to laugh at themselves.

The undercover agents, Kevin and Marcus Copeland, met the real Tiffany and Brittany toward the beginning of the film. At first the women assume the agents are poor strangers looking for money, and then guess they’re servants. The sisters hand Kevin and Marcus their luggage and their dog’s poop-filled carrier. Thus, when Kevin and Marcus “become” the sisters in the Hamptons, they take on this same attitude toward minorities in order to remain undercover. As “Tiffany” and “Brittany” help their white friends uncover their true worth, race is always at the forefront, even when it’s being used for comedic relief.

Another character in the film is Latrell Spencer, a dark-skinned black man obsessed with white women. Latrell falls for “Tiffany” and makes countless references to her whiteness, calling her “miracle whip,” “snowflake,” “cottontail,” and “white chocolate.” With this depiction, the Wayanses get to poke fun both at the idea of the oversexed black male and the type of black man obsessed with white culture. This obsession is made extremely apparent toward the end of the movie when the Copelands’ identities are revealed. Yancy and Ryser write, “Latrell is not angry because he has discovered that Tiffany is a man. Rather, he is furious because he has discovered that Tiffany is a black man.”

Dear White People uses a more serious approach for discussing race relations, but the idea is the same. Challenging racial stereotypes is often done through satirization of those very stereotypes. Like in White Chicks, in Dear White People, whites get to fill the space of “Other,” which is often relegated to black characters. The creators put a spotlight on assumed racial differences to show we’re not so different underneath it all.

Someone discovered a handful of previously unpublished letters written by Mary Shelley, stashed in private house in a small English village.