How Women Helped to Develop the First Spacesuit 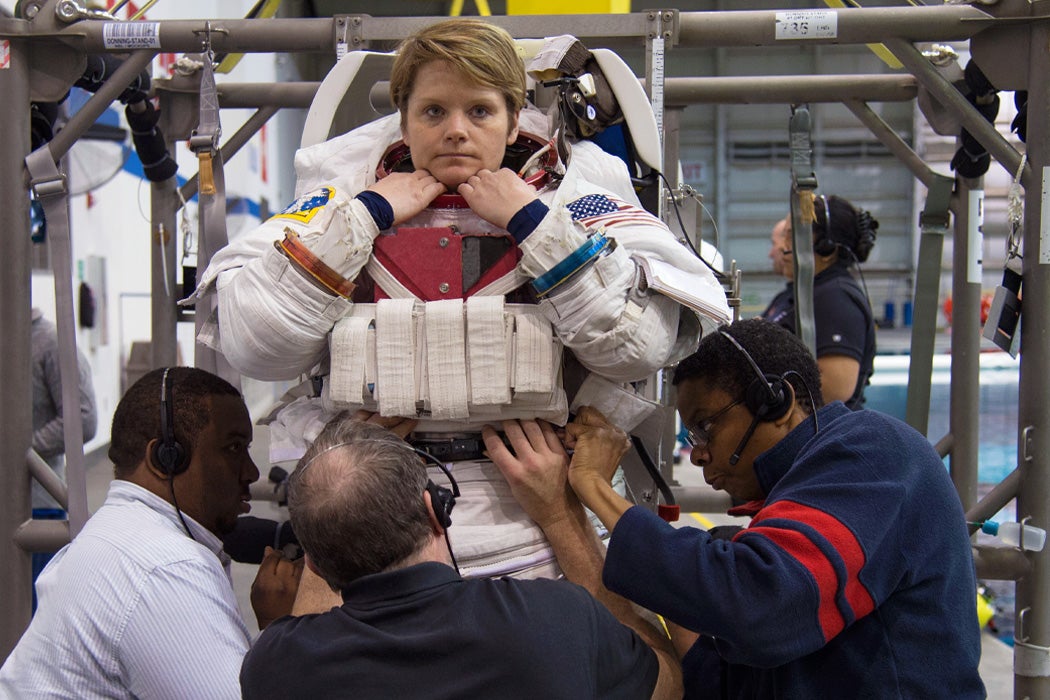 NASA recently cancelled what was supposed to be the first all-female spacewalk, explaining that there weren’t enough spacesuits to properly fit both of the women astronauts. Despite NASA’s explanations about the limited availability of spacesuits on the space station, social media erupted with commentary about the snafu. The history of women at NASA has been complex, to say the least.

Developing a spacesuit for women is not an entirely new issue, and might have been solved more than a decade ago. In 2002, NASA halted research and development for a spacesuit designed for women. Initially a $16 million project, NASA claimed they could not afford to complete the spacesuit, and weren’t prioritizing the project because it would only affect a small percentage of astronauts, mostly female. In trying to persuade NASA to build the smaller spacesuit, an internal report suggested that the new suit would also benefit smaller men. According to Andrew Lawler’s article in Science, NASA continued to develop extra-large spacesuits and capsules to accommodate larger men.

The initial designs and technology behind the first spacesuit were taken from women’s fashion.

Douglas N. Lantry, Curator at the National Museum of the U.S. Air Force, wrote back in 1995 for Winterthur Portfolio about the history of the Apollo-era spacesuit technology as artifacts of the culture. The initial designs and technology behind the first spacesuit were taken from women’s fashion. The International Latex Corporation got a contract with NASA to design the spacesuit, and eventually hired Playtex, the maker of women’s underwear and girdles. Manufacturers struggling with the issue of pressure within the suit in high altitudes found that women’s “foundation garments” had already solved this problem.

As engineers prepared the physical form of the first spacesuit in the 1950s and 1960s, the job of putting together the materials and prototypes fell to the women in the workshop. The floor of the workshop tended to be divided by gender. The engineers, mostly men, created the blueprints and materials. Women were the designers and fabricators, since they were already skilled in sewing with the Playtex material. Lantry wrote that “from engineers, fabricators gained knowledge of the rational basis of what they put together, increasing their sense of responsibility for—or ownership of—the project.”

Although women were never considered to be astronauts during the Apollo missions, the designs of the spacesuits were conceived and made by teams of women on the workshop floor. “That spacesuits borrowed materials and design from women’s fashion is one of the ironies of Cold War technology,” writes Matthew H. Hersch in Winterthur Portfolio. Women were an integral part of developing the modern spacesuit. But creating a suit for women still seems to elude NASA.