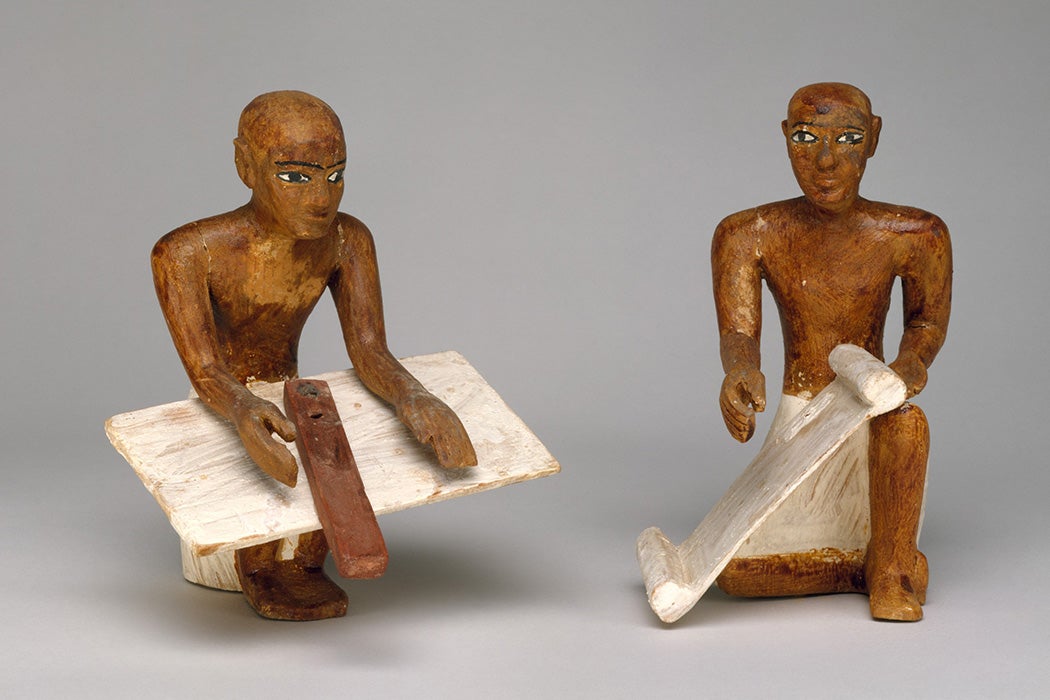 In what may be a predecessor to rage-texting, the literate residents of ancient Egypt regularly expressed frustration, confusion, and anger in letters. Egyptologist Deborah Sweeney examines letters from Deir el-Medina, a village comprising artisans working on pharaonic tombs. She finds that three correspondents in particular composed angsty, emotional messages to friends or family members.

Extensive written records have been found at Deir el-Medina, but Sweeney focuses on three pieces of correspondence: the aptly titled Papyri Deir el Medina IV, V, and VI. In each, the letter writer complains about the addressee failing as a friend; IV details an addressee who hasn’t kept in touch (sound familiar?), while V and VI discuss the addressee not keeping up their part of a bargain. Ghosting friends and ignoring agreed-upon favors acted as violations of the “social obligations” of friendship. They still do.

Nakhtsobk says plaintively, “What offence have I done against you? Aren’t I your old eating companion?”

In IV, a scribe named Nakhtsobk writes to “the crew member Amennakhte.” After hailing his longtime friend and wishing him well, Nakhtsobk says plaintively, “What offence have I done against you? Aren’t I your old eating companion?”

Nakhtsobk doesn’t understand what he’s done wrong for Amennakhte to ignore him and, in fact, try to get him banned from the entire village. This is hardly Nakhtsobk’s understanding of being a good friend! What could have caused Ammenakhte to not only discard their longstanding bond but to actively try to keep Nakhtsobk out of his town? We’ll never know, but such a severe action, to sever a friendship, is one that’s all too timeless.

Papyrus V’s anonymous writer bluntly asks, “What’s the matter with you?” The writer snarks that he’s never been able to understand the addressee’s behavior. The addressee, after all, had told him he’d send the ointment—why not do it? The writer has presupposed that “friends care for each other, help one another out and comply with each other’s requests,” Sweeney notes—a social contract the addressee has violated.

Papyrus VI’s anonymous writer—whom Sweeney posits is different from Papyrus V’s—also asks for ointment. The writer tells the addressee that a woman—likely someone related to, or associated with, the addressee—has run away to Deir el-Medina and he has taken her in. He’s asking the addressee for rations—ointment, in this case—to support his new guest; the addressee hasn’t looked after the woman well in the past, he says, and admonishes the addressee to do better going forward. Finally, the writer complains that he‘s always the one who invests time and writes to the addressee—but never vice-versa.

Sweeney posits the following scenario: a woman fleeing her home, both to consult the oracle of the queen-goddess Nefertari in Deir el-Medina—and possibly to get away from a husband mistreating her. The addressee could be her poorly behaved spouse, the writer his old pal and her male relative. The addressee doesn’t live up to the Egyptian standards of proper social conduct, both to his putative wife and to the writer.

Both then and now, it takes investment from multiple parties to maintain a solid friendship—and a lot of communication. Papyrus optional. 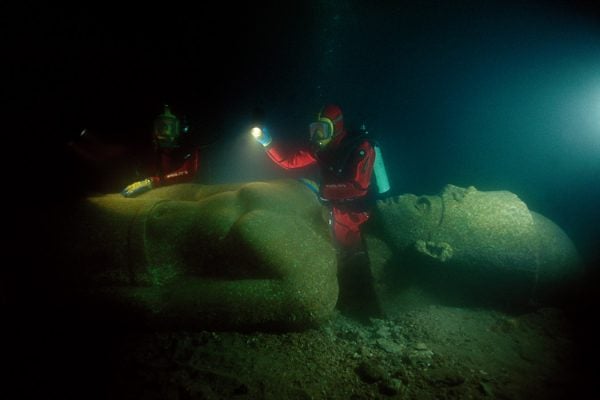 The Lost City of Heracleion

Once a bustling metropolis, this long-lost Egyptian city flooded, sank, and was forgotten -- until archeologists rediscovered it.