How to Avoid a Meteor

It isn’t likely that Earth will be hit by a large meteor, but if it were, the results would be catastrophic. 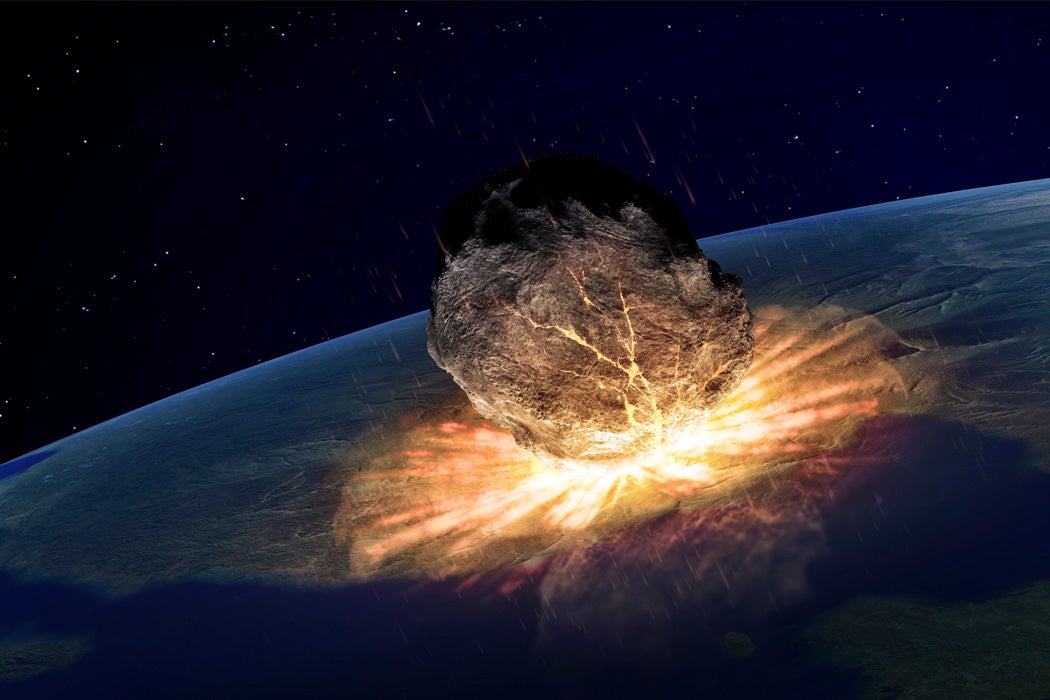 In 2013, an asteroid about the size of a six-story building entered Earth’s atmosphere over Chelyabinsk, Russia. When it exploded, it caused a blast stronger than a nuclear explosion, and the shock wave broke windows and knocked down parts of buildings in six nearby cities. The event inspired scientists to get serious about planning for future catastrophic meteor strikes. One idea scientists considered was destroying the incoming rock. But new research suggests that an asteroid would simply re-form, pulled back together by its own gravity.

So what can we do? The first challenge is to detect a threat in the first place. According to chemist John Matson writing in Scientific American, the majority of huge Near Earth Objects (NEOs) larger than a kilometer across had, as of 2013, been identified. These giants are capable of obliterating the planet, so locating them has been a priority. However, experts believe there are more giant objects we haven’t yet discovered.

A 50 m object could annihilate a city, while 150 m or larger objects could have planet-wide consequences.

Then there are the still-large-but-not-enormous objects, between 50-150 meters across. (For reference, the Chelyabinsk object, which caused extensive damage and injured hundreds when it exploded in the stratosphere, was about seventeen meters across.) According to Matson, a 50 m object could annihilate a city, while 150 m or larger objects could have planet-wide consequences. To detect these, a variety of telescopes are employed with an especially sensitive array, the Large Synoptic Survey Telescope, currently under construction. The most ambitious program of all, a space-based array planned by the B612 foundation, never materialized. Despite all these efforts, as of 2018 at least 17,000 larger and countless smaller NEOs remain undetected.

Assuming a threat is detected, what then? It all depends on lead time. According to David Morrison, former director of the Carl Sagan Center for Study of Life in the Universe at SETI, if little time is available, the only viable option is to evacuate the impact area and hope for the best. If there are several decades of advance warning, deflection might be possible. After all, an NEO’s trajectory would need very little alteration to miss Earth. There is some possibility that explosives, while they can’t destroy an asteroid, might be used to subtly change its direction. There could still be risk, however, from large fragments. At the very least, advance warning might allow time to intensively study the problem and come up with a solution.

Possibly the most cutting edge idea was proposed by scientists Russell L. Schweickart, Edward T. Lu, Piet Hut, and Clark R. Chapman in 2003. Their “asteroid tugboat” is a small, unmanned craft powered by an ion engine. The craft would push slowly against an asteroid to either speed it up or slow it down. Early detection is critical for this to work; it would take several years of pushing to meaningfully move a large asteroid. But a small change in velocity would allow the danger to pass harmlessly in front of or behind the Earth. The idea remains theoretical for now; much of the necessary technology only recently became available, and such a mission might be very expensive. But it might be worthwhile to test it now, rather than during a crisis. 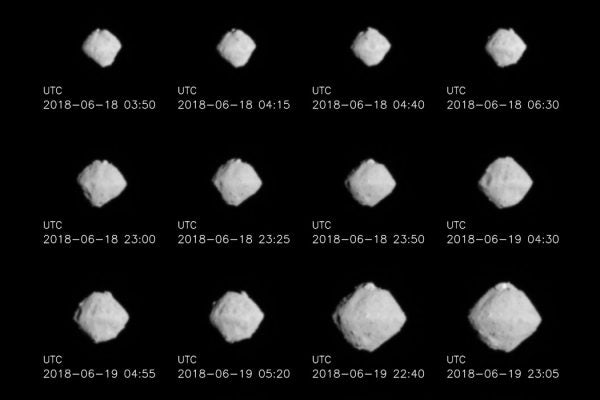 Asteroids Are Windows to the Past

Japan’s space agency has landed rovers on Asteroid Ryugu. The photos and samples from the mission will reveal a lot about asteroids.