How the Brownie Camera Made Everyone a Photographer

Eastman Kodak used folklore to sell a modern technology, and ended up creating new communities and forms of expressions along the way. 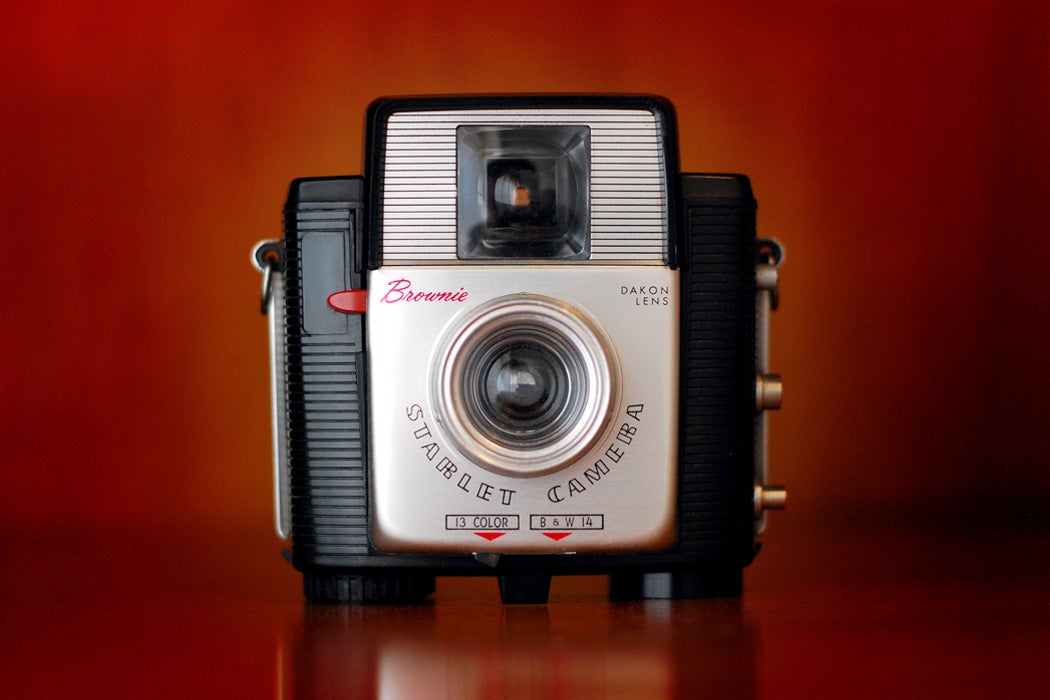 Long before the present-day avalanche of selfies and memes wrought by the convenience of camera-equipped smartphones, another technological revolution irrevocably changed the relationship between the average person and photo images.

Prior to 1900, photography was largely an activity for experts. Wet plate chemical development was tricky and a slow, low-demand endeavor. George Eastman founded the Eastman Kodak company and offered a $25 camera (~$500 after inflation) with easy-to-load film in 1888, but this only brought photography into the reach of wealthy hobbyists.

The Brownie allowed women, children and the working classes to take pictures where, when, and how they wished.

However, Eastman Kodak was aware of the profits it could earn with a mass-market model. The Brownie camera was offered for $1 in 1900. It sold 10 million units in just five years, a success beyond the company’s wildest expectations. As Marc Olivier shows, this event had a greatly democratizing effect. The Brownie allowed women, children and the working classes to take pictures where, when, and how they wished. But Olivier also reminds us that it was a new technology under the control of a corporation. At the dawn of the era of mass consumption, Eastman Kodak cannily advertised the device to these new groups with fairy-like “brownies,” pop culture characters of the era popular with children.

In the last decades of the nineteenth century, Canadian artist and writer Palmer Cox used the fairy tales of his Scottish ancestry as the basis for a series of Brownie books for children. He fashioned them as a miniature utopian society (something like the Smurfs) that would occasionally appear and help humans, particularly children. Despite their magical origin, brownies are curious about technology and go for rides on steam locomotives and use the telephone. This made them ideal candidates for early commercial mascots. Cox licensed their appearance in ads for Ivory soap and forty other products.

The Brownie camera was the most successful commercial application of the little sprites. Eastman Kodak saturated magazines and newspaper ads with the mascots, addressing children users as “Brownie boys and girls.” The company even launched a Brownie Camera Club of America and periodical books that contained a fictional story about the fairy origins of the camera and included the winning entries of a nationwide children’s photo contest.

In this way, Olivier argues the company cleverly asserted “an equivalence between snapshot culture and preindustrial traditions of storytelling.” Despite the final goal of selling a mass media product, Eastman Kodak created a new communities and new forms of expression.

In fact, the Brownie ad campaign was almost too successful. By World War I, the company learned that many adults were satisfying themselves with the cheap Brownie snapshots and not “graduating” to higher-margin photo equipment. It ended the fanciful Brownie books and began marketing the Brownie as merely an entry-level model in the Kodak lineup. But as many other companies would discover in the twentieth century, a children’s fad could become a significant factor in a mass consumer industry.

George Eastman's Modern Stone-Age Family: Snapshot Photography and the Brownie
By: Marc Olivier
Technology and Culture, Vol. 48, No. 1 (Jan., 2007), pp. 1-19
The Johns Hopkins University Press and the Society for the History of Technology 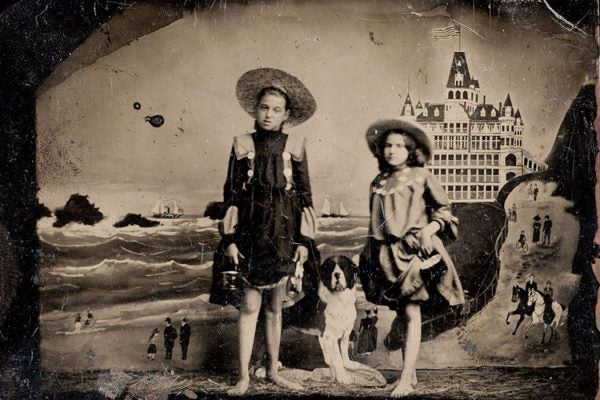