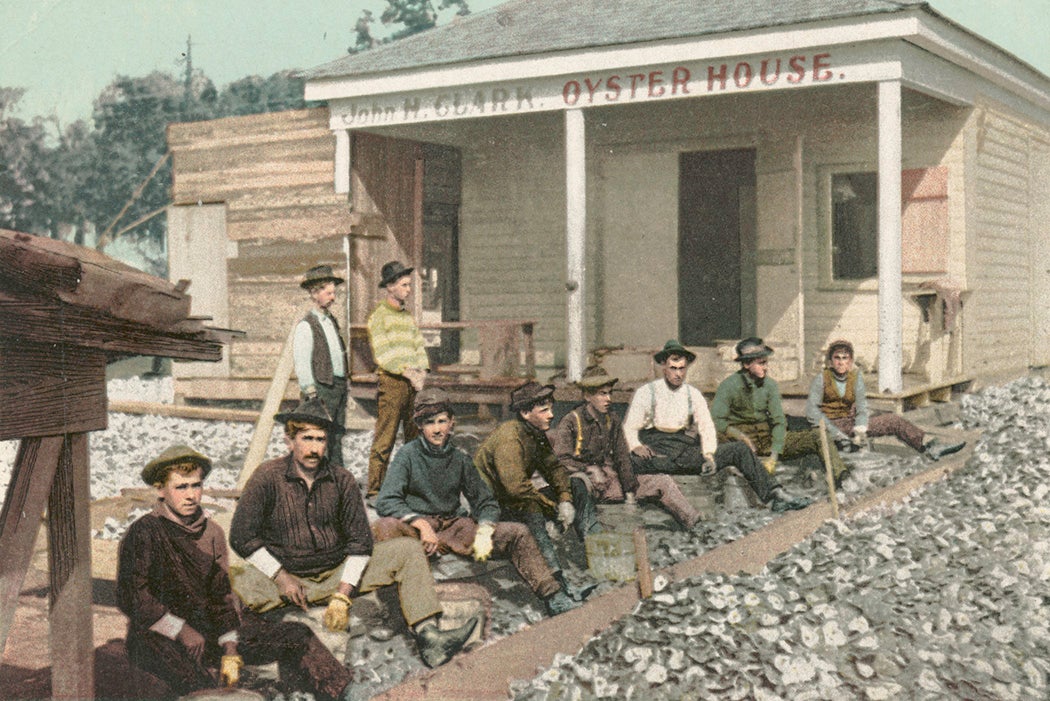 It might come as a surprise, but oysters have been popular away from the North American coastlines where they can be found. Scholar Paul L. Hedren shucks open the love affair with bivalves in the American West—definitely a long way away.

According to Hedren, “One of the earliest mentions of oysters in the West dates to 1846 when venturers on the Santa Fe Trail were greeted with champagne and oysters upon arriving in Santa Fe.”

Across the map, nineteenth-century America was mad for oysters. Found on the East and West coasts, oysters became the stuff of mass and class dining, available from both street vendors and the fanciest of restaurants. They were eaten raw or cooked by various methods, including frying, grilling, roasting, and stewing. Pickled oysters were also a thing.

“[A]n ambitious young congressman, Abraham Lincoln, entertained friends and associates in Illinois with oysters served up in every conceivable fashion.”

“Even before the great western railroad surge, oysters were being shipped on ice hundreds of miles inland by express companies,” writes Hedren. “[A]n ambitious young congressman, Abraham Lincoln, entertained friends and associates in Illinois with oysters served up in every conceivable fashion.”

Both the eastern oyster (Crassotrea virginica), found from the Gulf of St. Lawrence to the Gulf of Mexico, and the Olympia oyster (Ostreola conchaphila), found from Alaska to Baja California, were shipped into the interior of the continent to feed demand. By 1880, the Baltimore region dominated the whole industry, with 90 percent of the country’s oyster-packing.

Tin-plated cans and steam-powered ships and railroads meant oysters went around the world or across the Plains relatively easily. “Canned” usually means cooked, giving the product a much longer shelf life. But oyster packers also marketed “fresh” oysters in cans: kept chilled, these could last from a week to a month before spoiling, depending on the ambient temperatures. Raw oysters in the shell were also sent far from the coasts; properly packed and shipped in barrels, these could stay “wholesome for a month or two.”

Hedren gives an example from February 1879. A buyer in Prescott, Arizona, ordered fresh oysters from Baltimore. Express charges came to $96.25, plus $30 for the telegrams detailing the deal. (The total was the equivalent of a few thousand dollars today.) It took fourteen days for the oysters to reach Prescott, arriving “in excellent condition.”

Cheyenne, Wyoming, established as a node of the Union Pacific Railroad in 1867, boomed from a few dozen people to six thousand in a couple of months. The town’s first newspaper, The Cheyenne Leader, was already advertising 75-cent cans of Baltimore oysters by October of that year.

What Hedren calls the “fashion—nay, obsession—for all ‘all things oyster’” across America all but disappeared in the first decade of the twentieth century. Overharvesting, oyster parasites, urban and industrial pollution, and typhoid outbreaks hobbled the industry severely from coast to coast. Consequently, markets everywhere in between dwindled.

From the docks of Baltimore to the saloons of the West, the reign of the oyster as king of American food was over. Harvests have recovered somewhat with conservation and clean water efforts, but today nowhere near as many bushels are taken as were in the late nineteenth century.

The West Loved Oysters Too! A Look at That Time in America When Those Briny Bivalves Were All the Rage, Even beyond the Missouri River
By: Paul L. Hedren
Montana The Magazine of Western History, Vol. 61, No. 4 (Winter 2011), pp. 3-15, 90-91
Montana Historical Society 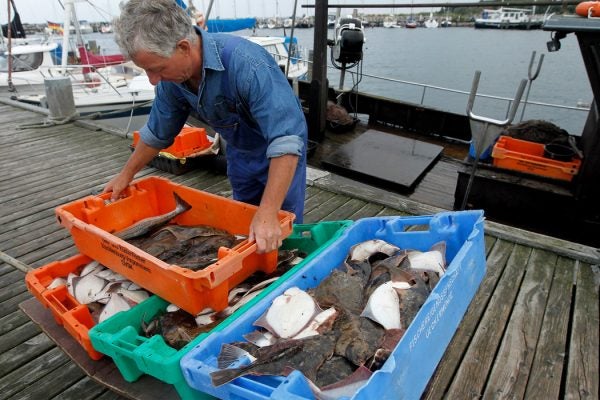