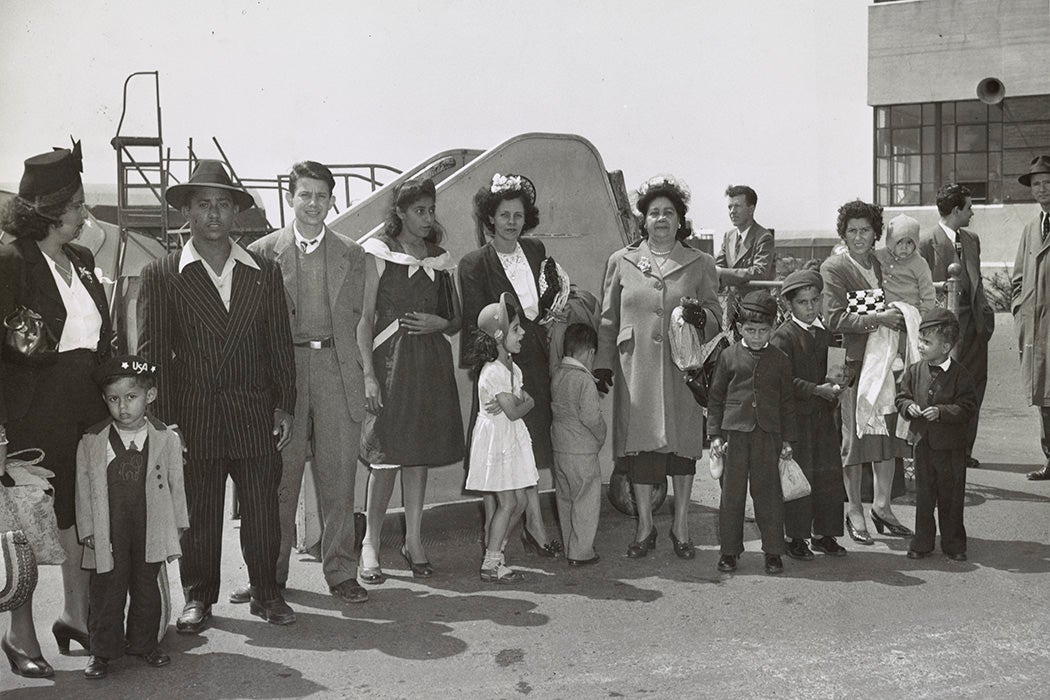 A group of Puerto Ricans at Newark airport, who just arrived by plane from Puerto Rico waiting to be transported to New York, 1947
via LOC
By: Matthew Wills
3 minutes
Share Tweet Email Print

The demand for low-wage workers has strongly influenced U.S. immigration policy for generations. That trend continues today, especially when it comes to labor migration from Latin American countries. But no matter how much workers are needed economically, they face almost certain discrimination based on race, ethnicity, and language.

Historian Lilia Fernández has found that this idea holds up even when the government itself sponsors or approves labor migrations. In the mid-twentieth century, she writes, both Mexicans and Puerto Ricans came to the mainland United States as part of a “simultaneous state-sponsored labor migration…that brought into relief their shared racial subordination.”

They were nominally citizens, yes, but subject to “limits, conditions, and qualifications” and racial subordination.

Puerto Ricans, meanwhile, came to the mainland as the residents of a colonial possession. U.S. citizens, they worked under the auspices of Puerto Rico’s Department of Labor Migration Division, “as part of the island’s modernization and population control effort known as Operation Bootstrap/Manos a la Obra” (“Let’s do it”). Both men and women came, with men working on farms and in factories, and women getting jobs as domestic workers.

Legally, Puerto Rican migrant laborers had more rights than the noncitizen Mexican laborers. But Puerto Rican citizenship was second class—akin, Fernández writes, to the experiences of African Americans and Native Americans. They were nominally citizens, yes, but subject to “limits, conditions, and qualifications” and racial subordination.

Mexican and Puerto Rican workers had in common a history of exploitation by U.S. interests, particularly by agribusiness in Puerto Rico and petroleum and mining industries in Mexico. “U.S. imperialism, modernization and industrialization campaigns, agricultural displacement, environmental catastrophe, and government policies made Mexico and Puerto Rico ripe candidates for exporting workers,” writes Fernández.

Braceros in particular were a “captive population, required by law essentially to work through their contracts.” (Italics in original.) Employers were abusive, wages low, working conditions grim, housing abysmal (converted boxcars, chicken coops). Even President Harry Truman’s Commission on Migratory Labor in 1951 admitted as much.

Deportation in some form was a danger for both groups, too. Bracero workers, existing outside the legal framework of their host country, were vulnerable to the Border Patrol. In a nationwide military-style action of 1954, Operation Wetback (its official name) expelled over a “million ethnic Mexicans”—including U.S. citizens and legal immigrants, writes Fernández.

And even though Puerto Ricans couldn’t be expelled, they “encountered an unofficial form of deportation, which sought to discipline and regulate workers but also to exclude them from the localized benefits of the welfare state.”

The simultaneous low-wage labor migration of Mexicans and Puerto Ricans, Fernández suggests, “reinforced their racialization as an exploitable laboring class and provided much more ground for the eventual affinities and alliances that emerged between the two groups.” Ultimately, this led to “identification with one another as ‘Spanish-speaking’ and later as ‘Latinas/os’,” a transnational bond that cut across any state-assigned legal status.

As anti-immigrant sentiment grows more intense, it’s helpful to remember that state-sponsored labor migration has a long history, and that workers themselves have always demanded dignity. 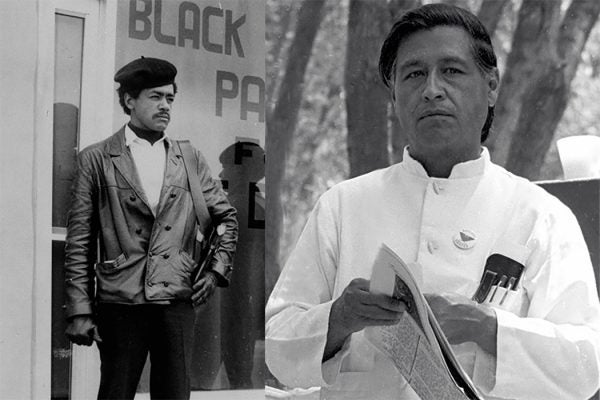