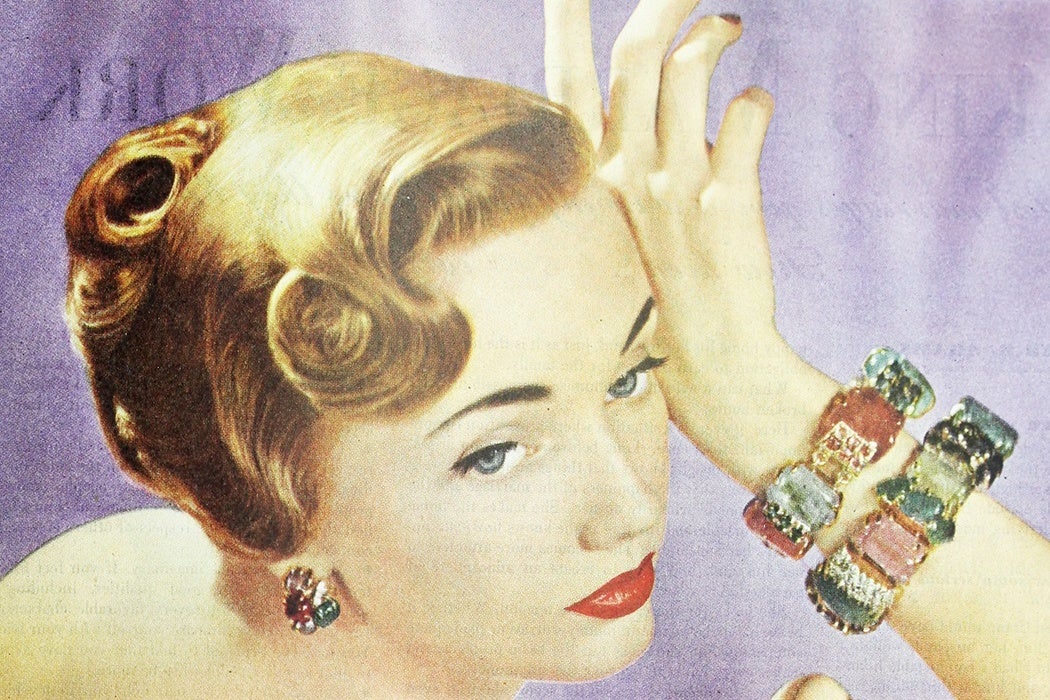 What could be more fabulously frivolous than a fashion magazine? Very little, it turns out. That was the case in the the past, too—and the splashy language of fashion rags prompted the University of Nebraska’s Dorothy Hughes to look more closely at the over-the-top dialect of magazines like Vogue and Ladies’ Home Journal in 1935.

“The language of the fashion sheet has succeeded in giving a banal subject the pose of an esoteric cult,” Hughes observed. An analysis of the language used by fashion writers revealed that the fashion scribes of the thirties had plenty of linguistic tricks up their well-tailored sleeves.

Hughes tracked the many grammatical sins of fashion writers, from affixing “-ish” and “-y” with abandon to creating words of their own. Among the charming (if dated) examples she found in her examination of the runs of eight different fashion magazine were words and phrases like Vionnetish, scarflet, toucheruppers, and highwayman-came-riding. Fashion writers felt free to create, edit, and co-opt language, coining new colors and modifying verbs and nouns to their hearts’ content. From poetic devices like alliteration (“smoothly sportive”) to rare locutions like referring to styles that were in vogue “a full twelvemonth ago,” Hughes found copious evidence of fashion writers’ creativity.

Despite taking obvious delight in literary derring-do that turned a woman’s strut into a “despise-the-ground-you-walk-on carriage” and a blue dress into one colored like a “cathedral,” Hughes’ overall assessment of fashion writers’ skills was scathing. She called the writing style of fashion magazines “childishly simple,” comparing the work of a fashion writer to that of a skilled tailor who draped layers of ephemera over familiar underpinnings to make old content new again.

“The spirit of the fashion sheet shows little change,” wrote Hughes, taking a slightly bored, befuddled stance as to the verbal tics and tricks of fashion writers. When it came to criticizing the expressive style of women, Hughes wasn’t alone—her commentary can be seen as one of a long line of pieces that police the ways in which women talk and write. As Ben Crair points out for New York Magazine, critics have long denied the deeper meanings of women’s language, even as media like the internet become venues for gendered writing. Was Hughes part of the gender police? Perhaps—but the very way in which she lingered over the over-the-top language of yesterday’s fashion magazines reveals that their hyperbole and sentiment was as charming as it was chic. 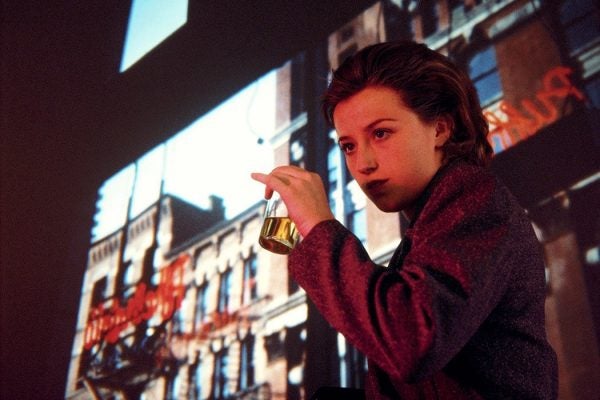