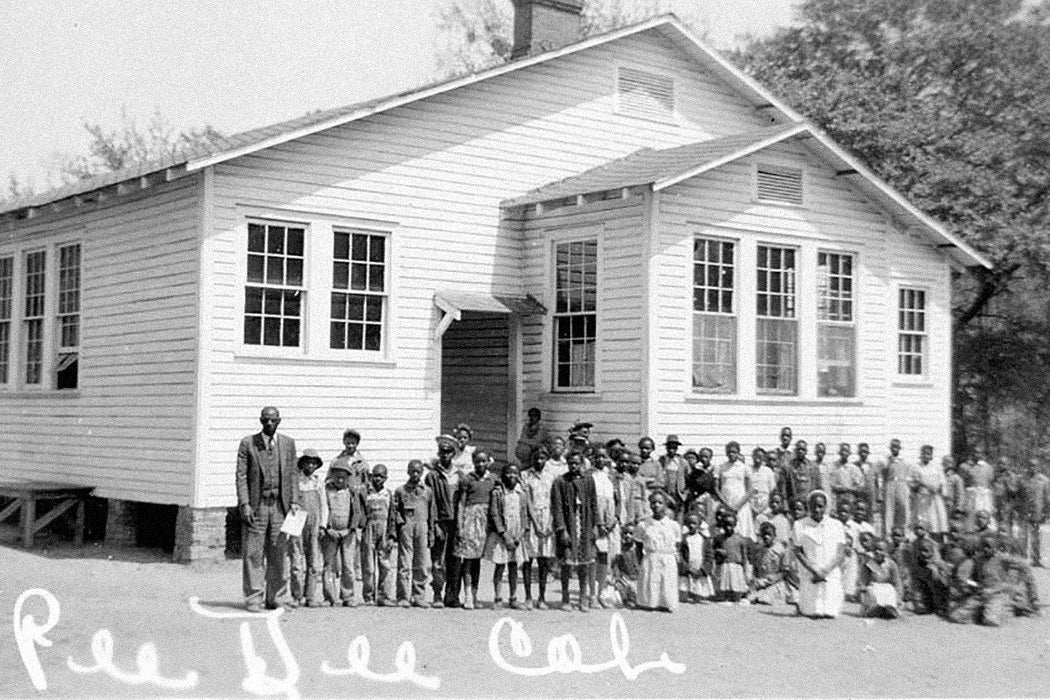 When education leader Booker T. Washington and businessman Julius Rosenwald, president of Sears, Roebuck, and Company, partnered in 1913 to erect six schools in rural Alabama, education for Black children in the South was underfunded and segregated. The requests for school-building projects were soon overwhelming; after Washington’s death, Rosenwald established the Julius Rosenwald Fund in 1917. Operating until the early 1930s, the fund supported the building of around 5,000 schoolhouses in 15 states, concentrated in disenfranchised Black communities.

These schools vastly improved education in the Deep South, but the fund worked alongside segregation rather than challenging it.

As historian Thomas W. Hanchett writes, “the typical black school was an old abandoned white school, a rotting log cabin, or even a corncrib.” The architecture of the “Rosenwald schools” would be a radical improvement, as they emphasized quality in their modern designs, no matter whether they were basic one-room schoolhouses or grander two-level structures. Historian Ralph S. Wilcox describes the exacting standards of a Rosenwald school in The Arkansas Historical Quarterly:

The orientation of the buildings and the placement of the windows were carefully thought out so that the sunlight would shine on the students’ left side and not be blocked by their right hands while writing (left-handed students had, unfortunately, to make do). A Rosenwald School had to have a large assembly space and an “Industrial Room” where hands-on subjects could also be taught. The industrial room and auditorium space fulfilled the important function of allowing a Rosenwald School to serve the entire community year-round.

Although the schools are linked to Rosenwald’s name, the fund solely provided seed money; Black local communities raised the bulk of the support for construction. The idea was that by not offering the full cost, the community would be more invested in the success of the school.

These schools vastly improved education in the Deep South—and, as the program expanded, in Kentucky, Maryland, Missouri, and Oklahoma—but the fund worked alongside segregation rather than challenging it. As physician Vanessa Northington Gamble writes, “the fund stopped short of advocating the full integration of African Americans into American society, believing that any efforts to ‘force progress much beyond its natural course’ would increase racial animosities and further impede progress.”

The most significant legacy of the Rosenwald Fund was in raising literacy and school attendance in massively underserved areas. In one study, economists Daniel Aaronson and Bhashkar Mazumder used data from the census, school construction reports, and World War II enlistment records (which recorded education details) to examine their impact. They found that “rural black students with access to Rosenwald schools completed over a full year more education than rural black students with no access to Rosenwald schools.” That accounts for “close to 40 percent of the observed black-white convergence in educational attainment in the South for cohorts born between 1910 and 1925.”

The fund took a hit from the 1929 stock market crash, and after Julius Rosenwald died in 1932, its school-building program ended. The 1954 Brown v. Board of Education case would rule segregation unconstitutional, and many of the Rosenwald schools were subsequently obsolete. Some were demolished, some were replaced, some were repurposed, and many were left to decay, their big windows designed to let in the light hinting that they were once schools.

When the National Trust for Historic Preservation released its annual list of America’s 11 Most Endangered Historic Places in 2002, it included the Rosenwald schools, estimating that only 10 to 12 percent of the buildings were still standing. One in Texas was torn down last year by an oil company; this July, one in Tennessee was destroyed in a fire. However, the National Trust recently announced that the 1921 May’s Lick Rosenwald School in Kentucky would receive a grant through its 2020 African American Cultural Heritage Action Fund. The saving of these sites protects a physical memory of how Black communities came together to give their children an education at a time when legal segregation and discrimination denied it. 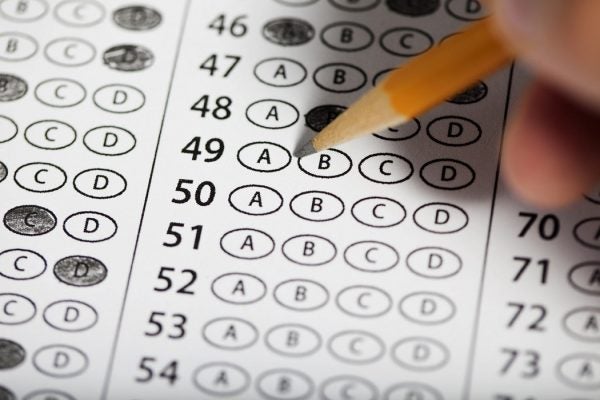