Jessica Lynch was the first woman American POW to be successfully rescued. She became symbolic in ways that had little to do with the facts of her story. 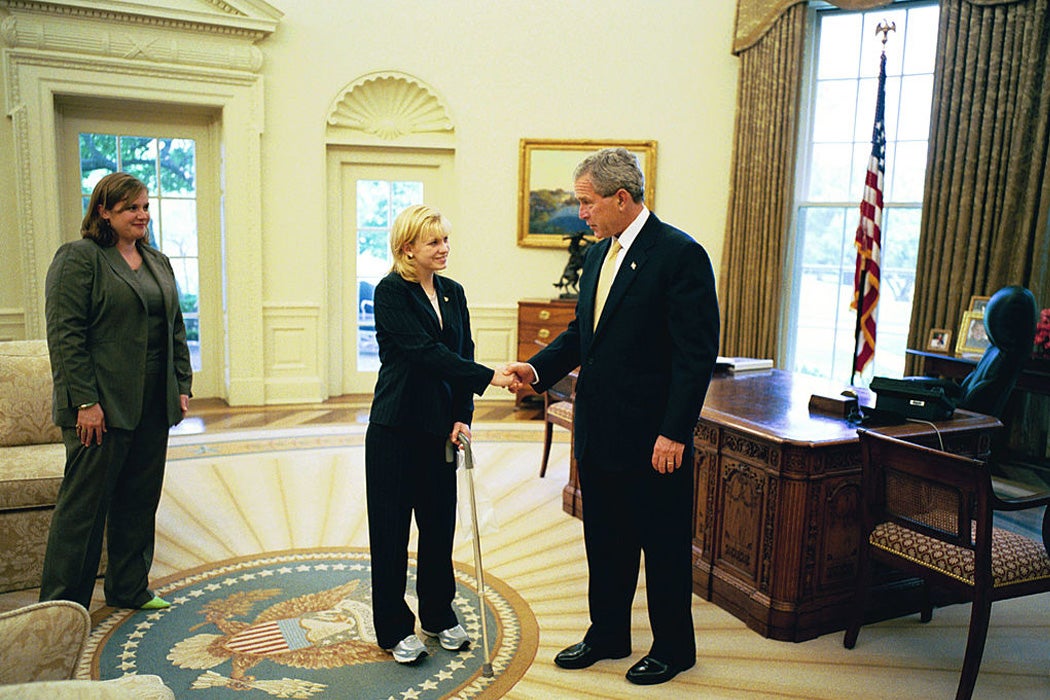 “I am an American soldier, too.” Those words were reportedly uttered by Private First Class Jessica Lynch after she was rescued by fellow soldiers on April 1, 2003, during the early days of the Iraq War. Lynch, just nineteen at the time, would soon be transformed from a young woman from Palestine, West Virginia, into a series of symbols.

Lynch was part of a maintenance company that took a wrong turn and was ambushed by Iraqi soldiers on March 23, 2003. Eleven of her fellow soldiers were killed. Six, including Lynch, were wounded. She was seriously injured after the vehicle she was riding in was ambushed and crashed. She was captured by the Iraqis, and her injuries were treated at a local hospital. Once she was rescued, the U.S. military immediately began promoting her as a hero of the war on terror.

The videotape was played on television networks anxious for positive news about the invasion.

Scholars Véronique Pin-Fat and Maria Stern note that Colonel Oliver North called her rescue a tribute to American values, a testament to the U.S. military’s “view of every life as precious.” He also drew a stark contrast to the terrorists of 9/11. There was a drama to the story that the media picked up on and perpetrated. The rescue was videotaped with the grainy images of soldiers climbing stairs to find her, creating a kind of Hollywood-style tribute to those who dared to bring back their fellow soldier. The videotape was played on television networks anxious for positive news about the invasion.

Lynch’s story soon took on a life of its own. The narrative emerged that Lynch had valiantly fought her captors, that she was a kind of female Rambo, who may have joined the Army but whose ultimate goal was to become a kindergarten teacher. The mix of military hero and normal American girl proved irresistible to the military and the media. Lynch was depicted, according to Pin-Fat and Stern, as someone “who aspired to nurture other people’s infants and to raise a family of her own, an example of the all-American, small-town girl-next-door,” but who was also a courageous soldier—a potent symbol of the role of women could play in the U.S. military.

Women’s Studies scholar Carol Mason notes that Lynch was more than a symbol of the role of women in the military. Lynch also was emblematic of how Americans view Appalachians. Mason sees Lynch’s story as symbolic of the picture of the hillbilly woman who is comfortable with a gun and is willing to use it. Lynch was compared to Davy Crockett and other Appalachian heroines like “Granny Clampett, Calamity Jane, Ruby Thewes or any number of gun-toting hillbilly gals who defend their land and honor to the teeth.”

Mason notes, “In addition to the rumor that Lynch had fired her weapon repeatedly, the media suggested that she had been sexually violated in the Iraqi hospital, arousing a whole host of old, nationalistic fears about white women’s vulnerability.” The reality of Lynch’s situation, however, was a bit more mundane. Lynch later told a congressional committee and wrote in her own biography that her injuries were the result of the vehicle crash, not torture, and that, while she tried to resist her captors, her rifle jammed. Her rescue was greeted with no resistance from the Iraqis. She also said that accounts of abuse by her captors were exaggerated.

Jessica Lynch’s hillbilly story, replete with fears of maintaining bodily integrity against a non-European “other,” defended the war in Iraq as a civilizing mission and deflected allegations that Americans were barbaric invaders by directing public attention to an Appalachian woman whose fighting spirit and safety became the popular reason for war in Iraq.

She also notes that Lynch herself tried to set the record straight, and eventually returned to West Virginia and continued her education, never embracing the myths of the female Rambo or Calamity Jane that surrounded her during wartime. 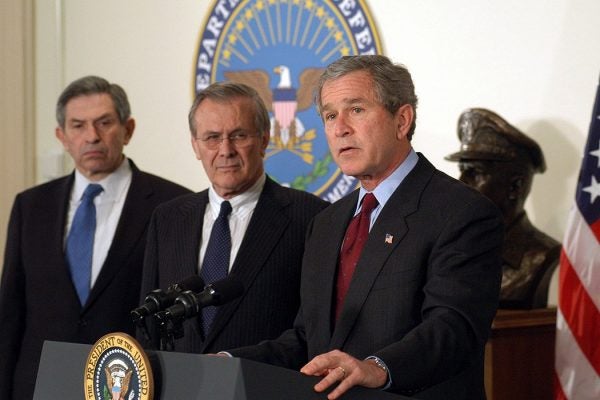