How a Southern College Tried to Resist Segregation

The founder of Kentucky’s Berea College was an abolitionist. While he was alive, the school offered a free education for both Black and white students. 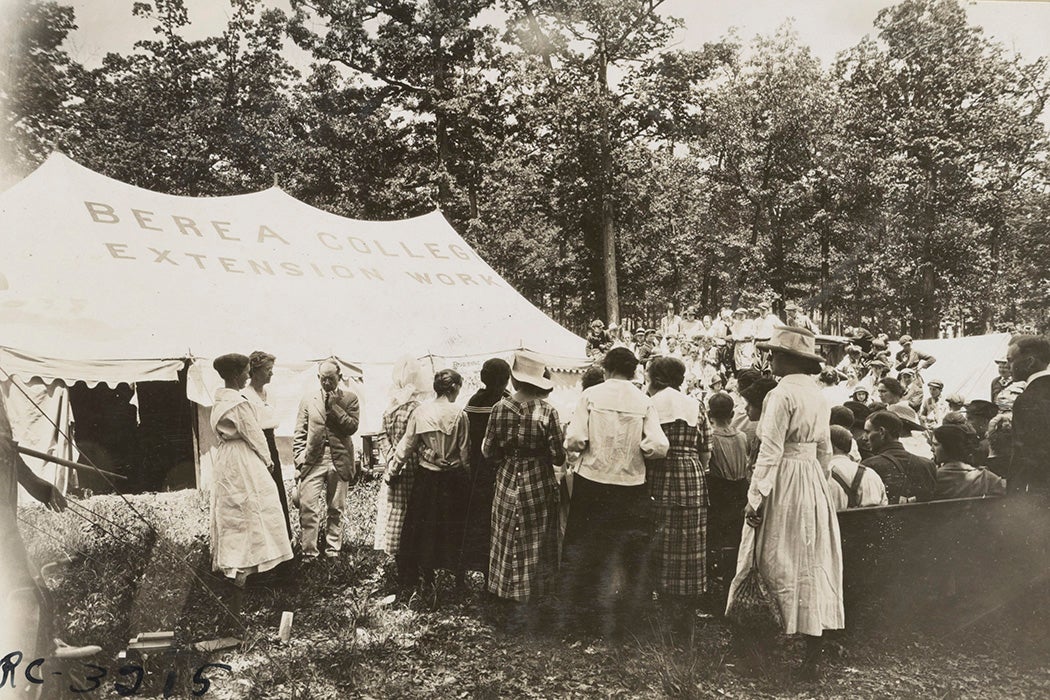 The first coeducational and racially integrated school in the southern United States was Berea College. It opened in 1855 as a one-room schoolhouse in Berea, Kentucky; became a college in 1859; and, interrupted by the Civil War, granted its first college degrees in 1873. Berea’s first Black college graduate, Union Army veteran A.A. Burleigh, got his degree in 1875.

Scholars Richard Day, Roger Cleveland, June O. Hyndman, and Don C. Offutt recount the “unlikely contingency” of Berea’s history. It was a school that accepted both male and female students, when this was largely unheard of. And it accepted both Black and white students, in a culture where such “race mixing” was anathema. How did this happen?

Credit founder John Gregg Fee, a Kentucky-born, white Presbyterian who preached the social gospel. In 1847, he began a nonsectarian antislavery ministry. An ardent abolitionist and advocate of free labor, Fee had already been disinherited by his slaveholding father. Other proslavery forces in the state tended to look upon him in a similar manner.

False rumors about smuggled guns and Black insurrectionists amassing on the border stirred up mobs of anti-abolitionists who kept Fee from returning to Kentucky.

No sooner had Fee set up Berea as a bona fide college in 1859 than he was raising funds for it. In the famous abolitionist Plymouth Church, of Brooklyn, New York, he called for “more John Browns, not in manner of action, but in spirit of consecration.” Word of this got back to Kentucky. False rumors about smuggled guns and Black insurrectionists amassing on the border stirred up mobs of anti-abolitionists, who kept Fee from returning to Kentucky. The infant college was on hold for the duration of the Civil War.

During the war, Fee was essentially in exile in Ohio. But in 1866, Berea College was up and running. It was remarkable, Day and his coauthors write, that this “small pocket” of integration was “allowed to exist within the larger political context of the time.”

Interracial dating, even, was acceptable, at least until 1892. That was the year William Goodell Frost became Berea’s new president. Frost shifted the school’s emphasis to educating poor whites from what he and others began to call Appalachia. Black enrollment stayed steady, but white enrollment increased so much that what had been an even ratio of white students to Black students came to favor white students by seven to one.

Then came the Supreme Court’s decision in Plessy v. Ferguson, in 1896. It codified existing racial segregation and opened the floodgates to new segregation laws. Kentucky outlawed racially integrated private education facilities in 1904 with a law “clearly aimed at Berea.” (The fiery Fee had died in 1901.)

Berea countered first with a petition in support of integration that was signed by 80 percent of registered white voters in the school’s county. Then the college took the state to court, working through the appeals process until Berea College v. Commonwealth of Kentucky was decided by the Supreme Court in 1908. In its eight-to-one ruling, the court declared that the state could prohibit the integration of private schools as well as public ones.

It wouldn’t be until the 1950s, nearly a century after its founding, that Berea would be reintegrated. A model of interracial education, suppressed for half a century, was back in business. Another model, that of no tuition for all students, continues at Berea into the twenty-first century.