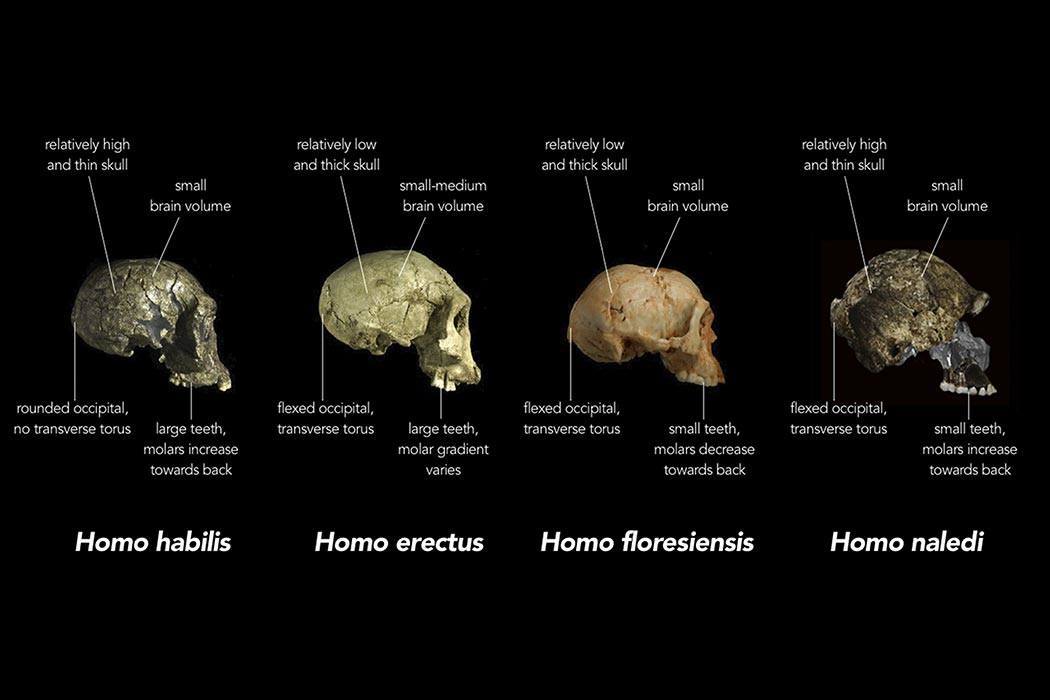 A new fossil human ancestor has made its way into the media spotlight, and it’s causing quite a ruckus.

On Sept. 10, 2015, the formal announcement of the discovery of this fossil species, Homo naledi, was met with cheers and celebration at an unveiling ceremony in Maropeng, South Africa, near Johannesburg. A team of scientists—led by Dr. Lee Berger of the University of the Witwatersrand—has excavated, described, and published the fossil bones, which were initially discovered by cavers in 2013. The project’s two National Geographic-funded field seasons unfolded live on Twitter, which has been quick to embrace the excitement of the fieldwork as well as the all-woman team of six “underground astronauts” who did the actual excavations. H. naledi boasts an unprecedented public audience and community, with enthusiasts and experts alike able to follow and favorite the project’s updates since day one.

But now, four months after the announcement, questions about H. naledi have crept up. Articles about the fossils were published too quickly, naysayers claim. They were published without “proper” peer review. Moreover, the fossils—and the entire Rising Star Expedition that found them—are simply a means of fueling the project’s media agenda. The researchers, sniff paleoanthropology’s intelligentsia, are simply not serious.

If the history of paleoanthropology shows us anything, it’s that controversy over a new fossil hominin species is nothing new. In fact, most newly discovered hominin species have undergone periods of serious scrutiny, particularly because discoveries force scientists to rethink evolutionary relationships. For the past hundred years, paleoanthropologists have bandied about insults, in addition to hypotheses, as they discussed fossil hominins in academic and public circles.

The H. naledi brouhaha, however, offers a curiously new type of challenge for paleoanthropology. Instead of shaking up the hominin evolutionary tree, H. naledi has shaken up the way that paleoanthropology goes about the business of doing science. Traditionally, fossils have been studied and published in a very top-down way, where small teams of senior experts spend years (even decades) studying fossil hominins before publishing their discoveries in prestigious peer-reviewed journals. This means the fossils are carefully scrutinized, measured, compared, and analyzed before they reach a public audience. The peer-review process of such top-tier journals—like Science or Nature—forms a well-established social system of checks and balances, ensuring that research credibility is attached to published discoveries.

The H. naledi project has championed an opposite view of how data should be collected and distributed. Berger’s team found, excavated, studied, and published the Rising Star Cave’s cache of more than 1,550 fossils in just two years. The project has relied on the expertise of many young, early career researchers. In addition, the project published scans of the fossils themselves in eLife in September 2015, an open-access journal with a shorter peer-review process.

At its core, paleoanthropology depends on access to collections, measurements, methods, and, of course, the fossils themselves. For some senior researchers, maintaining control over the fossils is a means of maintaining power and control over evolutionary narratives. (“I have the fossils, and you don’t. Neener, neener, neener!”) On the flip side, limiting access also ensures standards for fossil analysis (as well as a means of keeping the cranks at bay). The controversy about H. naledi, thus, is a debate about the standards and practices of anthropology. This new species offers a new paradigm for generating scientific knowledge, a means of creating new social practices of science.

The struggle for access to and control of fossils has deep roots in the discipline, tracing back to the late 19th century with Eugène Dubois, the discoverer of Java man in 1891. After finding a skullcap, femur, and tooth while fossil hunting in Indonesia, Dubois became convinced that he had found the “missing link” between humans and an ape-like ancestor. He basked in the praise of early promoters of Java man as a transitional species, neatly linking ape ancestry to modern Homo sapiens.

However, at the turn of the 20th century, when some paleo experts began to question the validity of these Indonesian fossils as a transitional species (and whether that term even meant anything), Dubois was more than a little miffed. In response to this criticism, which Dubois felt was leveled against him personally, he took his Pithecanthropus fossils and restricted scientists’ access to his Southeast Asian specimens. In other words, convinced that the scientific community was out to persecute and mock him, Dubois denied other researchers access to the bones for any subsequent studies. (Rumor had it that he hid the fossils under the floorboards in his bedroom.) If researchers couldn’t study the bones, his logic went, then they couldn’t draw conclusions that might contradict his own. Ironically, the lack of opportunity to study the Java fossils—coupled with new fossil discoveries in Europe and Africa—did more to sideline Dubois than any issues with his interpretation.

The H. naledi discovery has emphasized open access. Science and Nature, unlike eLife, operate behind pay walls. The Rising Star—H. naledi project also emphasized timely publication—a mere two years post-discovery. By comparison, remains of the fossil hominin species Ardipithecus ramidus were discovered in 1992 and not published about until 2009. Moreover, Berger’s team seems to be taking cues from other sciences that deal with large amounts of data. Astronomy, for example, has a tradition of sharing data after a period of exclusivity, and the trend in the field has been toward shortening that period. After the exclusive period, the astronomy community considers whether the data “ought” to be “fair game” for others in the field. This kind of attitude toward data rewards those who take the risks in collecting it but limits the amount of time that one group can claim a monopoly. Berger’s group has opted for a similar stance. Within hours of publication, 3-D prints of its fossils began making the rounds on Twitter, with anthropology instructors using the prints in their classes.

This fossil’s publication has set a new standard about what “good science” means.

Change in science is nothing if not controversial. Most criticisms of Berger’s approach—describing it as “fast,” “loose,” and “sloppy”—have come from an older generation of anthropologists, horrified at the quick, open, accessible way that H. naledi has made its way onto paleoanthropology’s center stage. In a particularly controversial remark in the Guardian, the entire excavation was described anonymously by a researcher as a “publicity stunt.” In addition, some have claimed that the all-woman team was a kind of publicity-mongering campaign.

We might simply chalk up these critiques to the reactionary attitudes of the Angry Old Men of Science, but the questions they’re raising go deeper. The H. naledi project is actually challenging how knowledge is created in science by shifting power, control, and access. It asks: Could there be a new way of creating knowledge? Would that create a different paradigm within paleoanthropology?

“Almost always, the men [and women] who achieve these fundamental inventions of a new paradigm have been either very young or very new to the field whose paradigm they change,” argued philosopher of science Thomas Kuhn in 1962. And this is what makes H. naledi more than just a new controversial species. H. naledi has set a standard that must be answered for the next new species, the next fossil hominin publication. If the next species is published under the auspices of open access—and especially if it’s not—it will have to answer to the benchmark that H. naledi has established.

Regardless of what H. naledi’s evolutionary story is in five years—whether we think of it as an evolutionary ancestor or offshoot cousin—the changes in how scientific knowledge is created and shared are here to stay. This fossil’s publication has set a new standard about what “good science” means. H. naledi doesn’t just challenge our scientific knowledge but also our very process of making it.

The Ape-Man from the Tertiary of Java
By: O.C. Marsh
Science, New Series, Vol. 3, No. 74 (1896), pp. 789-793
American Association for the Advancement of Science
On the Fossil Human Skulls Recently Discovered in Java and Pithecanthropus Erectus
By: Eugene Dubois
Man, Vol. 37 (1937), pp. 1-7
Royal Anthropological Institute of Great Britain and Ireland 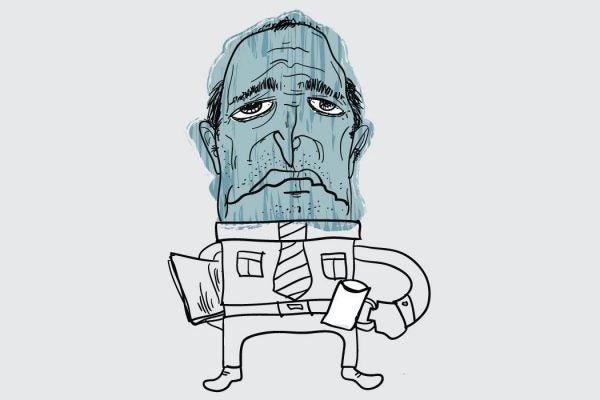 From ancient Egypt to modern times, the various cures suggested to relieve the hangover.