Homes of The River Gods: The History of American Mansions

Mansions hold a special place in the American imagination, and dates back to colonial days. 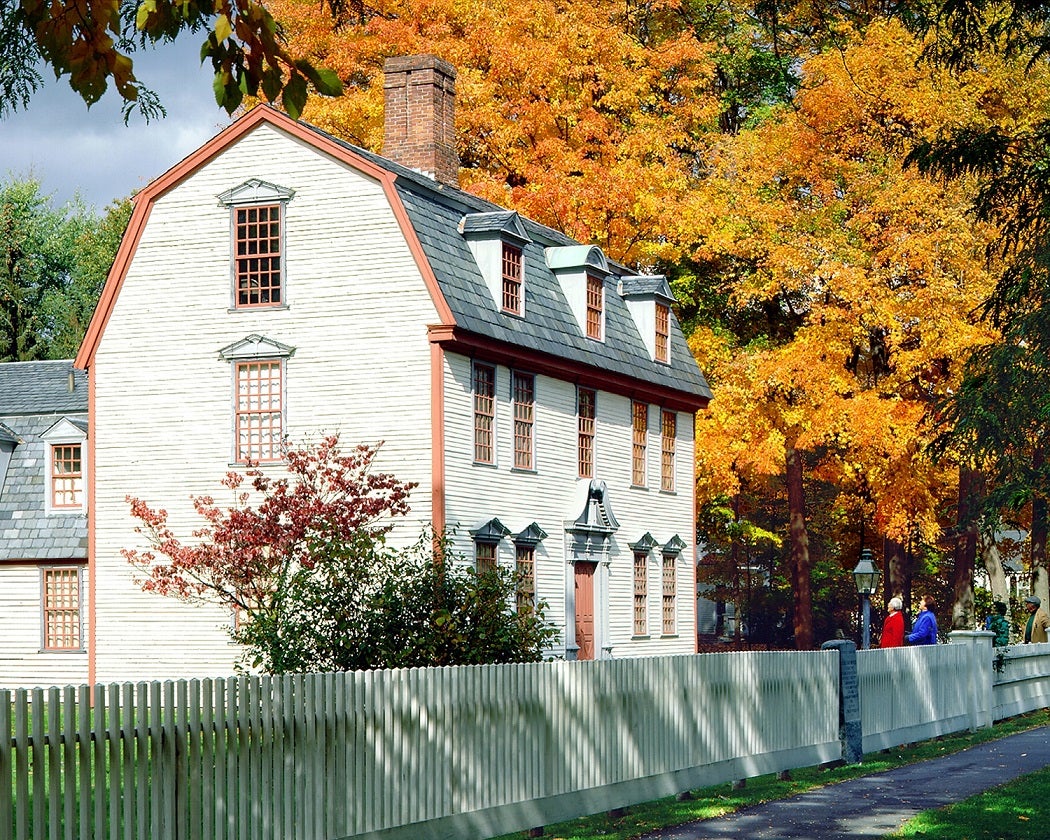 Beyonce and Jay Z are rumored to be close to buying an $85 million house in Beverly Hills. The specs of the home—15 bathrooms, a 24-seat movie theater, and something called a “candy cave”—are entertaining to contemplate, but there’s nothing too surprising about famous, incredibly wealthy people buying mansions. Yet, in America, where early European settlers defined themselves in opposition to the social systems that produced palaces, the practice of building ostentatious homes had to be invented.

In Massachusetts, it started in the mid-18th Century with seven interrelated families known as the River Gods, according to a 1984 paper by historian Kevin M. Sweeney published in Wintherthur Portfolio. Sweeney describes them as “moderately well-off, but immoderately pretentious families that produced the western region’s leading magistrates and military officers during the eighteenth century.”

In Sweeney’s telling, it was partly the limits of the families’ wealth and power that caused them to build their fancy houses. The River Gods lacked the impressive ocean-going ships and warehouses that could prove the status of elites elsewhere in the American colonies. Instead, they were “little more than large-scale country shopkeepers and prosperous gentleman farmers in the grand scheme of New England’s colonial economy.” Building impressive homes could prove that they belonged in a different category than less-wealthy neighbors.

A modern observer probably wouldn’t think to apply the term “mansion” to the wooden buildings the River Gods erected, but aspects of their appearance set them apart from their neighbors’ two-story, unpainted homes with steeply pitched roofs. The wooden mansions were two rooms deep and three or four stories tall, with a central hall and hipped roof designed to emphasize their roominess.

“To passersby, the roof may have embodied the authority of the owner over members of his household and often even members of the community at large,” Sweeney writes.

Doorways carved in classical themes suggested both elegance and a familiarity with liberal education, while also proving owners’ “ties to a regional network of craftsmen and their gentry patrons.” Houses were painted—sometimes in blue, apparently a particularly extravagant hue—creating a sense of solidity and a “well-finished” appearance.

Sweeney quotes a member of one of the River God families describing his father’s “large, elegant and well-finished House” with its “large Granary, Barn, Chaise-House, Wood House … With a few Acres of Land adjoining, stocked with a Variety of Fruit Trees, a fine Garden.” The image suggests the life of a country gentleman free from material worries.

That self-image couldn’t hold up forever. By the time of the American Revolution, the River God families were being overtaken by those building larger, more impressive mansions. That was a process that would repeat itself across the country until we reached the current moment of 15-bathroom homes with candy caves. 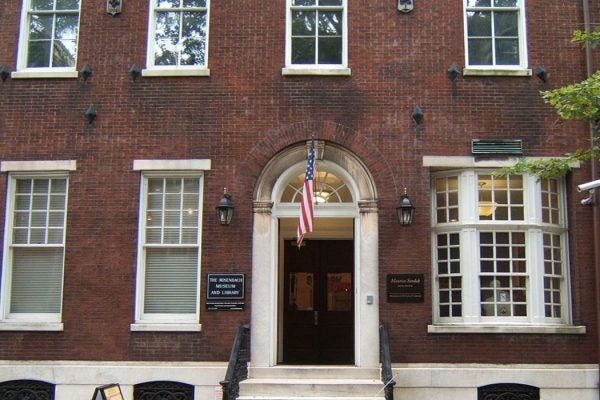 The Wild Things Say Goodbye to the Rosenbach

Since the late 1960s, Philadelphia's Rosenbach Museum has housed over 10,000 works of art, manuscripts, and ephemera belonging to Maurice Sendak