Like many actresses of her day, Laurette Luez was expected to be a beautiful siren in skimpy clothing who could be from almost anywhere—just not here. 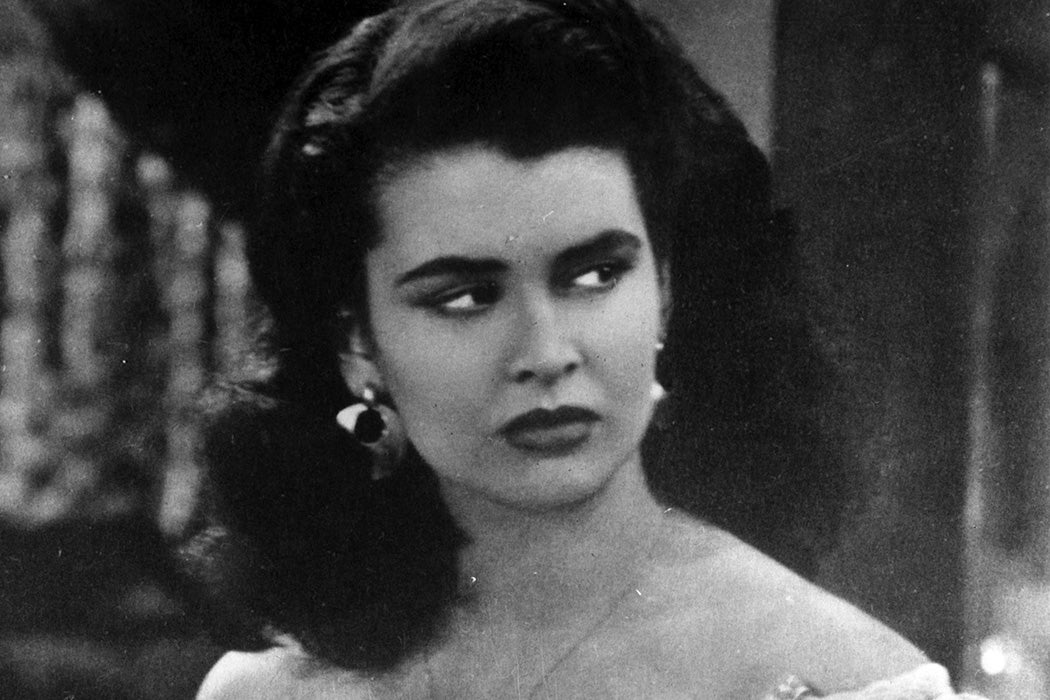 Laurette Luez first appeared onscreen as a dancing Javanese girl in 1944’s The Story of Dr. Wassell. Two years later, she was cast as a member of the Thai royal court in Anna and the King of Siam, and in 1950 as Laluli, the Indian “flower of delight,” in the Rudyard Kipling epic Kim. For the 1960s films Man-Trap and Flower Drum Song, she played Mexican women. She was Persian in The Adventures of Hajji Baba, an indigenous African in Jungle Gents, and Egyptian in Valley of the Kings.

Like many actresses of her day, Luez was expected to be a one-size-fits-all “exotic,” a beautiful siren in skimpy clothing who could be from almost anywhere—just not here. These roles provided a way for Hollywood to sexualize women with few repercussions from censors or moral crusaders, and they were practically the only parts in which Luez was cast during her 20 years in the industry.

Luez was born in Honolulu, Hawaii, to Frank and Francesca Luiz, vaudeville performers who specialized in traditional Spanish and Hawaiian dance. Although later newspaper profiles of Luez would label her parents “Portuguese-English” or “Portuguese-Irish,” Francesca was billed as a “native of Barcelona” in contemporaneous reviews of her show. She participated in the family business from a young age, dancing with her parents and siblings on tours of China, Japan, Java, and Myanmar. She liked to tell reporters that she had given “a command performance for the Sultan of Jahore” at the age of 10.

As a teenager, Luez dabbled in modeling. She appeared on cigar boxes and became a “favorite pin-up of GIs fighting in the Pacific,” according to The Honolulu Star Bulletin. Eventually, she began appearing in mainstream publications. In a 1949 issue of LIFE, she appeared alongside seven other aspiring starlets, including her acting classmate Marilyn Monroe. Luez later claimed she gave Monroe her world-famous stage name, combining Marilyn Miller (the Broadway actress) with the Monroe Doctrine (the pillar of U.S. foreign policy).

The two actresses were linked again in 1953, when the trade paper Modern Screen wondered if Luez could be the heir to Monroe’s “sex stardom.” But in truth, their careers looked nothing alike. Luez’s first two uncredited roles, in Dr. Wassell and Anna and the King of Siam, set the tone for her entire filmography. With the occasional exception—most notably, the United Artists noir D.O.A.—her credits consist solely of exoticized, eroticized women, who only get a name if they’re lucky. It was a fate that befell several actresses who couldn’t or wouldn’t pass for white, since there was a market for this type of stock character.

As the scholars Sean Brawley and Chris Dixon write in the Australasian Journal of American Studies, “images of the sexually available and alluring Islander woman” were popular in 1940s Hollywood. They allowed Hollywood producers to titillate audiences without the fear of censorship from the Production Code. If they were accused of overly explicit sexual content, producers could simply claim “that Islanders were being represented in their ‘natural’ state.”

This strategy is apparent in the Road to… comedy series, which cast Dorothy Lamour as a gorgeous native of whichever country the all-American heroes Bing Crosby and Bob Hope decided to visit. It was also reflected in the early career of Rita Moreno, who played Creole and Tahitian women in her first roles for MGM (Moreno called these roles “cute ethnics”). Luez was merely following the path laid in front of her.

Luez never quite achieved the fame of Lamour or Moreno. But in the early 1950s, it looked like she might, especially after she was cast as Errol Flynn’s love interest in Kim. MGM sent her out on a personal appearance tour, spurring multiple profiles of the “tall brunet beauty” who had given the MGM lion “something to roar about.” But the press coverage of Luez tended to cast her as an exotic other, and subsequently to dismiss her for it.

“It was starlet Laurette Luez who really stole the style show (and we don’t necessarily mean laurels for smartness),” Photoplay columnist Edith Gwynn wrote of her appearance at a 1952 premiere. “She was decked out in a slinky, low-cut number of black satin. It was so tight, it looked as though she was wearing black skin.” Other articles noted her “startling” measurements and an “award” she had received for “best low-cut cleavage on a movie billboard.”

Luez still made occasional headlines throughout the 1950s, either for her latest movie or for her latest breakup. She was married four times, and briefly engaged to producer Samuel Goldwyn Jr. But by the mid-1960s, the work had completely dried up. Luez packed up her family and moved to Florida. Despite the repeated insistence from the press that she was on the cusp of stardom, the actress got trapped in a self-perpetuating cycle: she played the roles she was offered, and Hollywood saw her as nothing else. 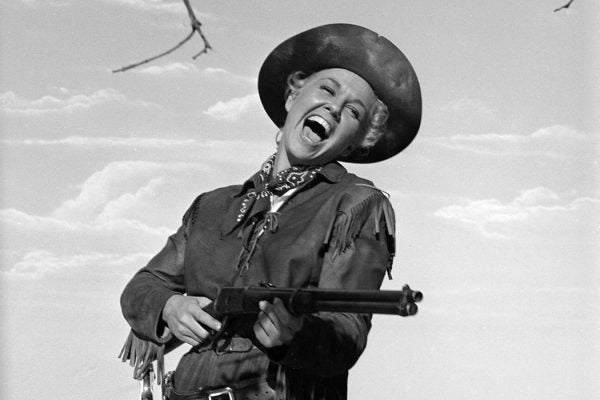 What did women coming of age in the 1950s think of Doris Day in Calamity Jane? Does her filmography have the same meaning now?