Why Hawaii’s 19th-century kings were so drawn to Freemasonry. In the mid-nineteenth century, European imperial powers were all over the Pacific, and Hawaii’s leaders knew they were under threat. Historian Frank J. Karpiel, Jr. writes that one source of strength for the nation’s monarchs came from a distinctly Western source: Freemasonry.

In 1857, Kamehameha IV became the first reigning Hawaiian monarch to join the Masons. His brother, Prince Lot Kamehameha, who would later become Kamehameha V, had joined four years earlier. Both men had received their educations at schools run by Calvinist missionaries and had traveled through Europe and America with Gerrit Judd, a missionary doctor from New England who served in the cabinet of their uncle, Kamehameha III. As young men, both rejected Judd’s puritanical rules. They hosted luaus, sponsored hula demonstrations, and embraced Western pastimes like card games and billiards. Judd later said of Kamehameha IV that, “having been compelled to be good when a boy, he is determined not to be good as a man.”

Karpiel writes that part of the attraction for the kings may have been that Freemasonry echoed their issues with missionaries, decrying church hypocrisy in failing to feed the hungry and help the poor, and criticizing religious superstition as a threat to liberal thought. The order also offered connections, parallel to the Church’s, with Western elite society. Members of Honolulu’s lodges in the 1850s included legal and medical professionals, farmers, ranchers, and mariners from Europe, the United States, and South America.

With the support of the reigning family, the Masons helped build hospitals, public buildings, and civic improvements around the islands for decades, beginning in the 1860s. Meanwhile, Kamehameha IV served as “Worshipful Master,” or executive officer, of his local lodge, and most of his cabinet members were Masons.

When Kamehameha V inherited the throne, he was somewhat less invested in Masonry than his brother had been. His successor, William Lunalillo, wasn’t a Mason at all. But the king who followed next, Kalākaua, was deeply involved in the order. Kalākaua was a skilled politician, elected to the throne in a controversial vote by Hawaii’s legislature in 1874, rather than inheriting it through his family. Having advanced as a Mason and as a public servant in the 1860s, the new king used his membership in the order to help him carry out state business. At public events, he mixed traditional Hawaiian imagery and rituals with Masonic symbols. Traveling abroad, he visited Masonic temples and met with politicians who were also members of the order.

Kalākaua’s political skills and connections helped him in discussions with foreign leaders, leading to a long-sought free trade deal with the U.S. in 1876. The agreement boosted Hawaii’s agricultural export industry, but ultimately it was bad news for Kalākaua and Masonry on the islands. Karpiel writes that the economic boom drew technicians and managers with little knowledge of Hawaiian culture: “These newcomers would provide a ready audience for the king’s most dedicated opponents, the sons of the missionaries who had contested Kamehameha IV’s rule thirty years earlier.”

Ultimately, the strength of that coalition contributed to Kalākaua’s fall. The Bayonet Constitution of 1887 relegated him to figurehead status. A few years after his death the U.S. annexed the nation in 1898. 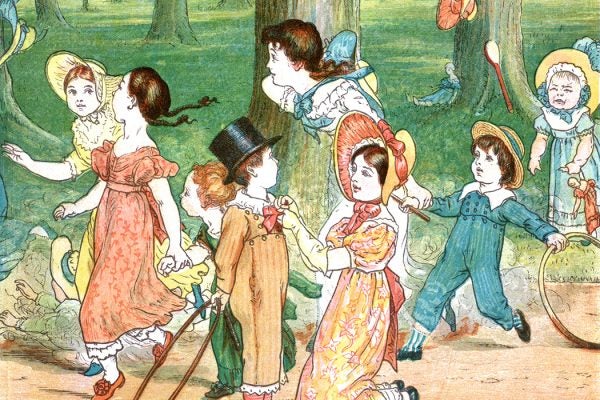 The Magazine That Put Children in Their Place

Children's literature hasn't always been about whimsy. This early magazine sought to retrench the elite in the publishing and education industries.