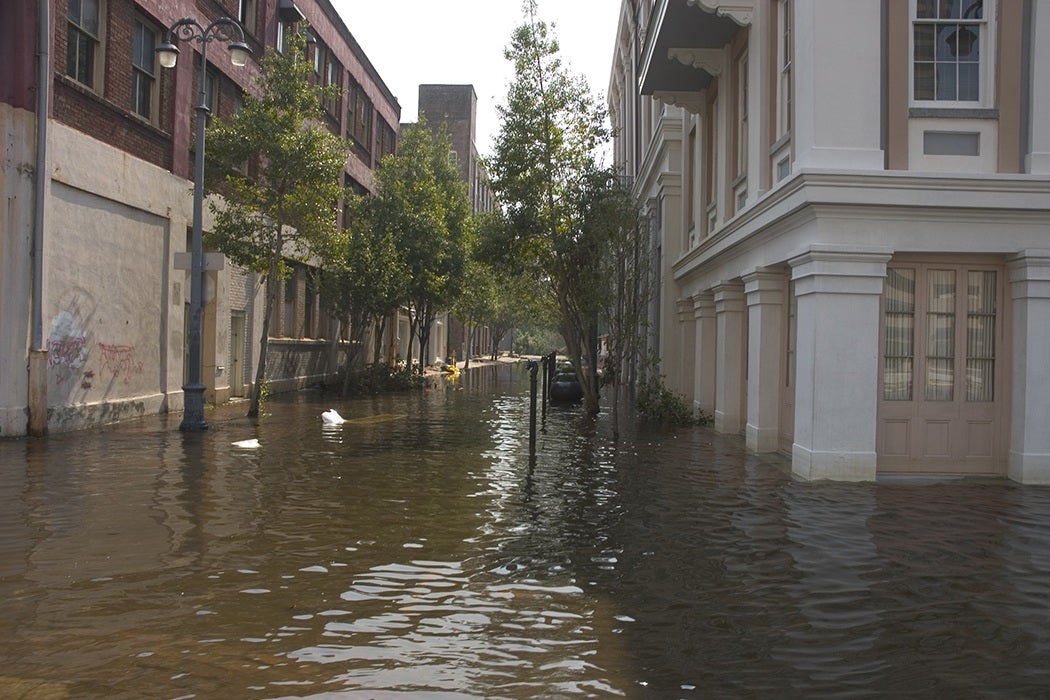 Eleven years after Hurricane Katrina devastated New Orleans, the city and some of its citizens remain in precarious recovery. Then this month Governor John Bel Edwards declared a state of emergency due to record-breaking rainfall in Louisiana. The worst US natural disaster since Hurricane Sandy, the flood has re-submerged thousands of rebuilt homes and businesses.

New Orleans has always been a tale of two cities, the wealth and prosperity of the French Quarter standing in stark contrast to the destitution and poverty of the Lower Ninth Ward. According to Clyde Woods, a social disaster was in the making well before the hurricane.  Pre-Katrina, the Lower Ninth Ward was an epicenter of urban poverty, and the post-Katrina era further illuminated what Woods identified as trap economics. Woods describes the ways police entrapped the population living in tents and the Louisiana Superdome at the time:

A pack of Kool cigarettes, a can of Budweiser and a box of Boston Baked Beans sat on the dashboard of an unlocked car with the windows rolled down at 1732 Canal St. Somewhere nearby two New Orleans Police Department officers watched and waited for someone to reach into the bait car and snatch the items. They wouldn’t have to wait long, as the police parked the car just one block away from a homeless encampment…where dozens of desperate, hungry and addicted people lived…

Those who took the bait were arrested and slowly the poor of New Orleans began to disappear. According to Woods, while these traps were being planted, public housing close to the French Quarter was being destroyed, although it did not suffer major flood damage. Likewise, the famous Charity Hospital that serviced over 80% of the uninsured population in New Orleans were also demolished, despite the fact that it only experienced basement flooding during the storm and was quickly cleared and cleaned.

According to Wood, Hurricane Katrina enabled an accelerated dispersal of poor, predominately black citizens. Many have been unable to return due to the economic entrapment which persists in various forms. Today, the infamous Lower Ninth Ward continues to experience neglect and active disinvestment, possessing a fraction of its original tenants. Recovery for the neighborhood has largely meant gentrification, with new tenants flocking to the area.  Although Hurricane Katrina was a natural disaster, asset stripping was the real human disaster.

This month’s flooding has triggered memories of the mismanaged and sluggish response by the Federal Emergency Management Agency (FEMA) after Hurricane Katrina. Citizens of New Orleans are in need of housing  and food again. Although, according to Governor Edwards, FEMA response coordination has improved it remains both slow and bureaucratic.  While the flooding is the worst US natural disaster since Hurricane Sandy it has received far less attention, with FEMA administrator Craig Fugate saying, “(y)ou have the Olympics. You got the election. If you look at the national news, you’re probably on the third or fourth page.” It seems that even after what we imagined we learned from Hurricane Katrina, the people are easily forgotten. 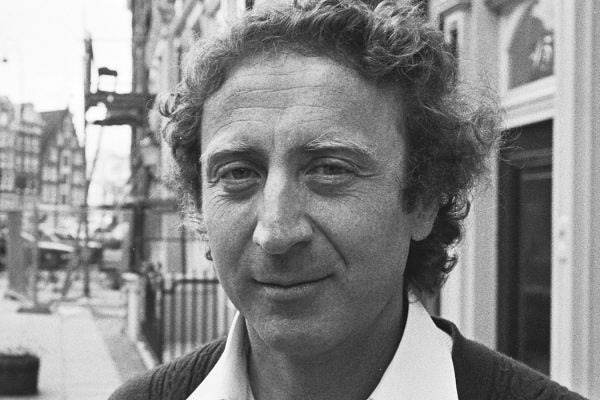 Gene Wilder and the fan letters he got...from Gene Wilder.