What is Flag Day, again? Early American flags were all over the place. There was no consensus about the flag until 25 years after the Revolution. 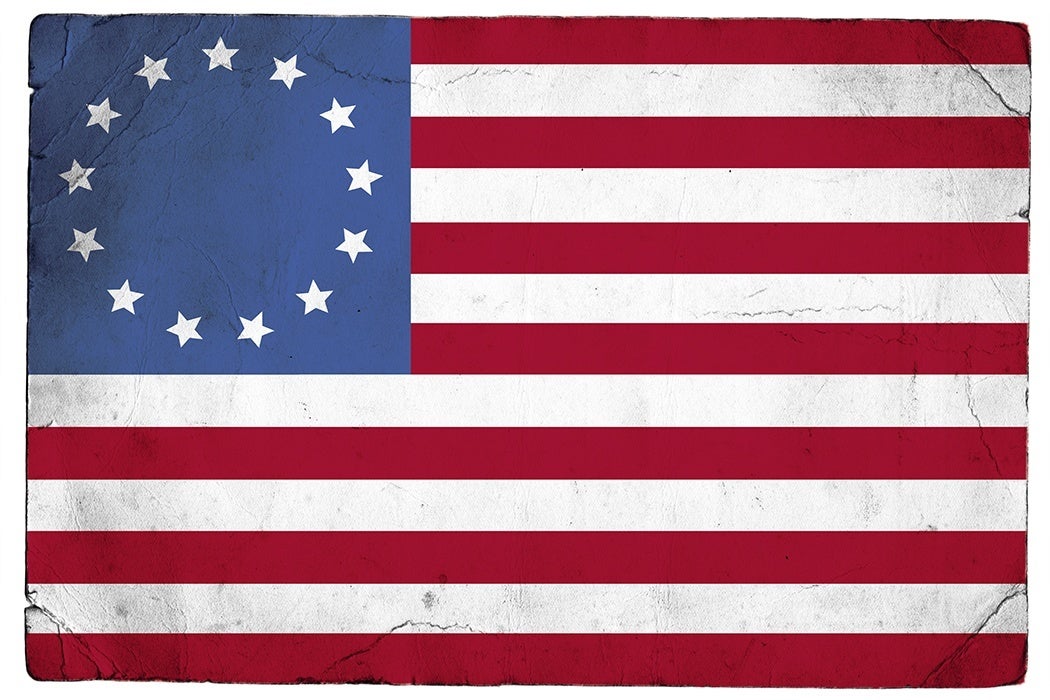 First off, Young writes, forget what you thought you knew about Betsy Ross. There’s no actual historical evidence that the Philadelphia seamstress created the flag with its circle of 13 stars. Disappointingly, we really don’t know much about how the flag was designed.

The Continental Army used a variety of different banners, some of them nothing like Old Glory.
Young notes that the flag George Washington flew in 1776 was not the familiar Stars and Stripes but the Great Union Flag. That flag was made up of the same field of 13 red and white stripes—representing the 13 colonies—that we know today. But in place of the field of stars, it featured a British union jack.

The event that Flag Day celebrates was the adoption of a resolution by the Continental Congress on June 14, 1777, “that the flag of the United States be made of thirteen stripes, alternate red and white; that the union be thirteen stars, white in a blue field, representing a new constellation.”

This, Young writes, is not a particularly clear description. It offers no guidance on where the blue field should be located, how the stars should be arranged, or even whether the stripes should run horizontally, vertically, or diagonally.  Even if we assume the idea was based on the Great Union Flag, few people knew about that design at the time.

Few noticed or cared much about the June 14 resolution either. In fact, Young writes, the Continental Army used a variety of different banners, some of them nothing like Old Glory. In 1778, the American commissioners to France, Benjamin Franklin and John Adams, answered a question about the flag by describing it as consisting “of 13 stripes, alternately red, white and blue.” Three years later, the North Carolina militia flew a flag with alternating red and blue stripes and 13 blue, seven-pointed stars on a white field.

There was no conformity in what sort of American flags to display for at least 25 years after the revolution. “The vague language of the flag resolution left room for every flag maker to use his own ideas about design,” Young writes.

It was almost a century before the country settled on a completely uniform flag design, thanks to an executive order by President Taft.

In 1795, Congress officially adopted a new flag, recognizing that Vermont and Kentucky had joined the union by adding two more stars, and two more stripes. But as the country grew, it was impractical to keep adding more stripes. In 1818, Congress finally reached a plan that stuck: keeping the 13 stripes while adding a new star for each new state that was created.

Still, Young writes, it was almost a century before the country settled on a completely uniform flag design, thanks to an executive order by President Taft.

One takeaway from Young’s story may be that it doesn’t seem like the Founding Fathers spent too much time thinking about the flag. So if you want to keep believing in Betsy Ross, they probably wouldn’t mind. 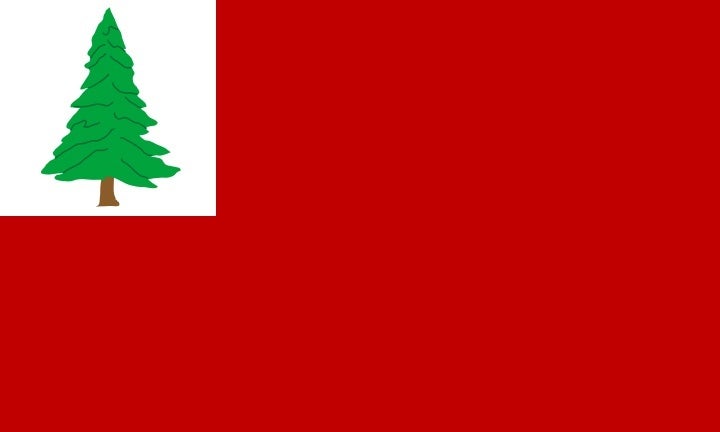 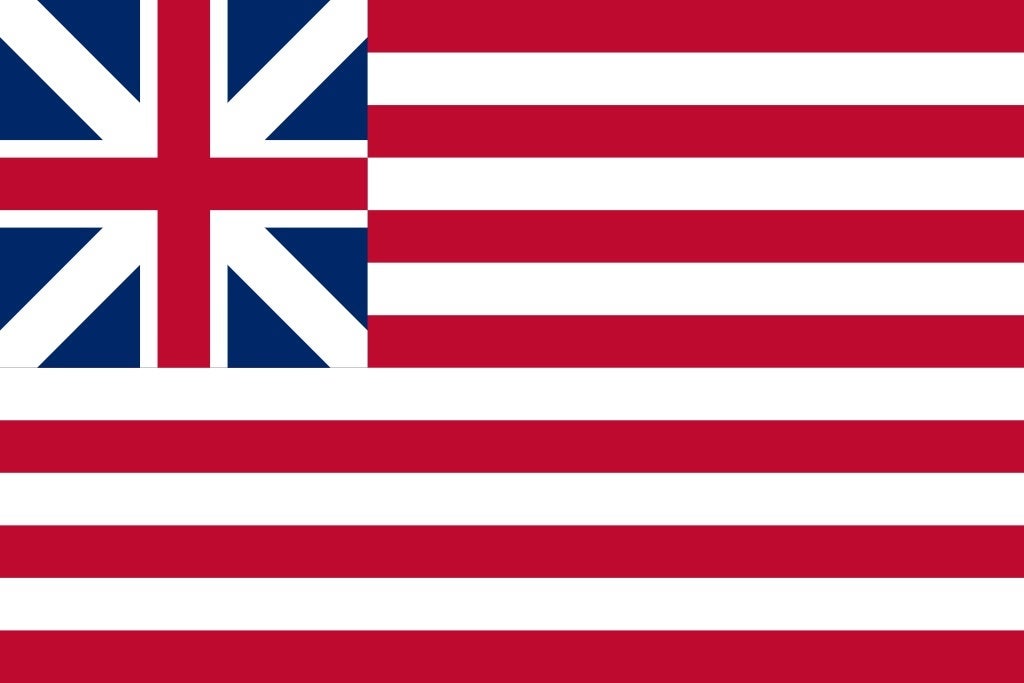 The Great Union Flag, a variation of the British Union Jack 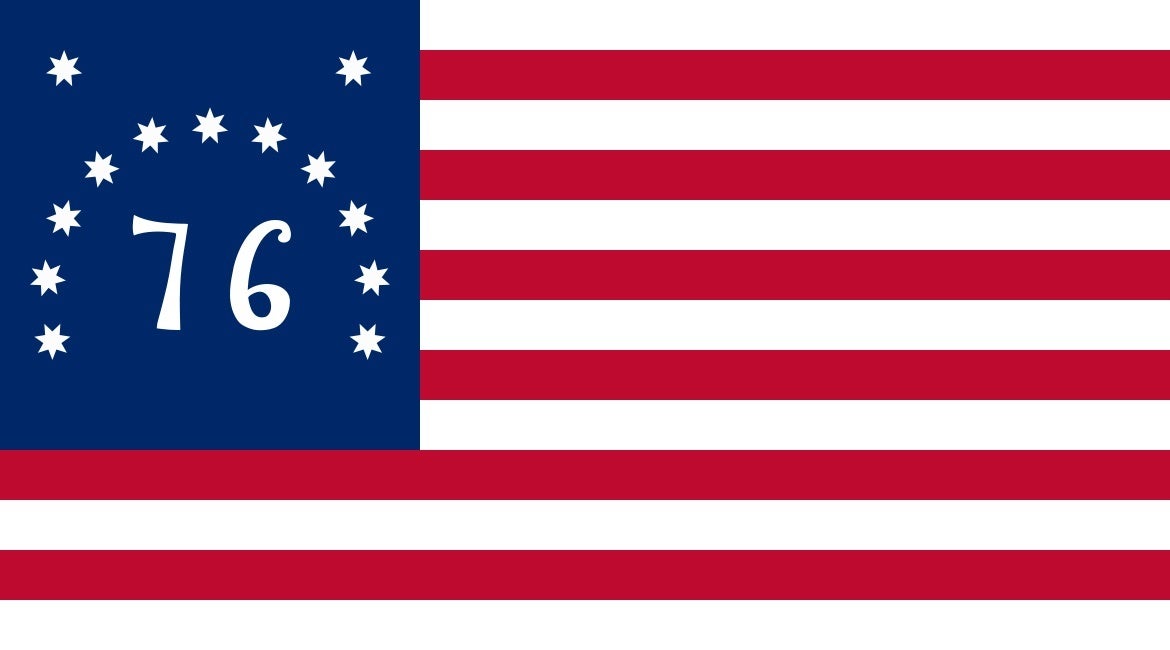 The Bennington Flag, another Revolutionary-era variant 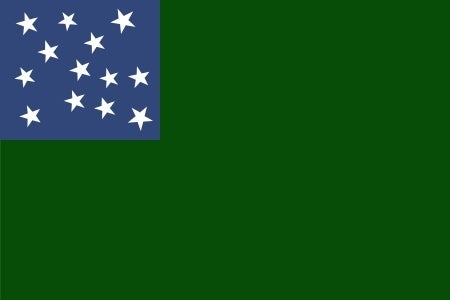 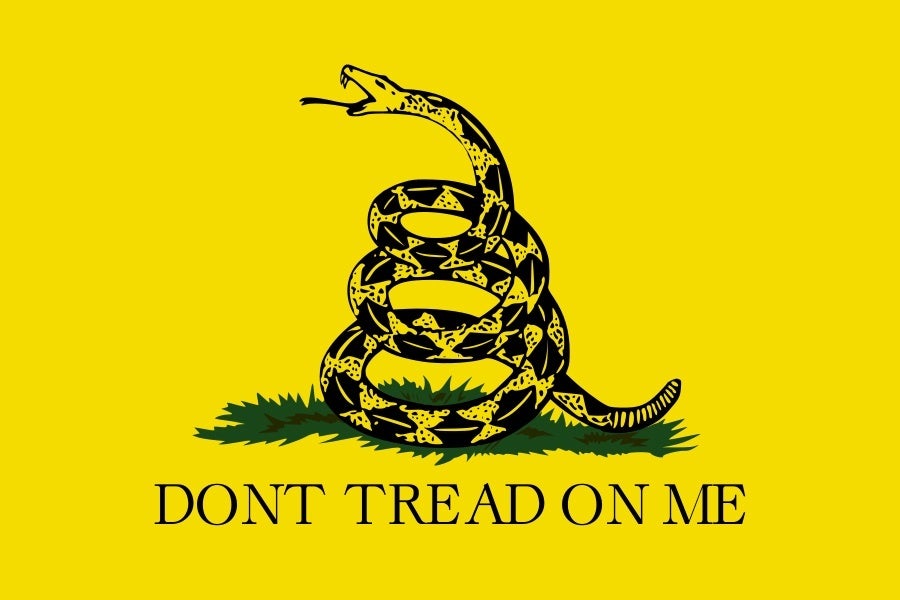 The Gadsen Flag, first used by the Continental Marines during the Revolution, has found recent favor among Tea Partiers
Share Tweet Email Print
Have a correction or comment about this article?
Please contact us.
flagsGeorge WashingtonRevolutionary WarUnited States historyAmerican Bar Association Journal

Why Was There a Berlin Wall in the First Place?

A brief history of East and West Germany, and why they built the Berlin Wall.