These women labored alongside their famous husbands to produce world-renowned research. 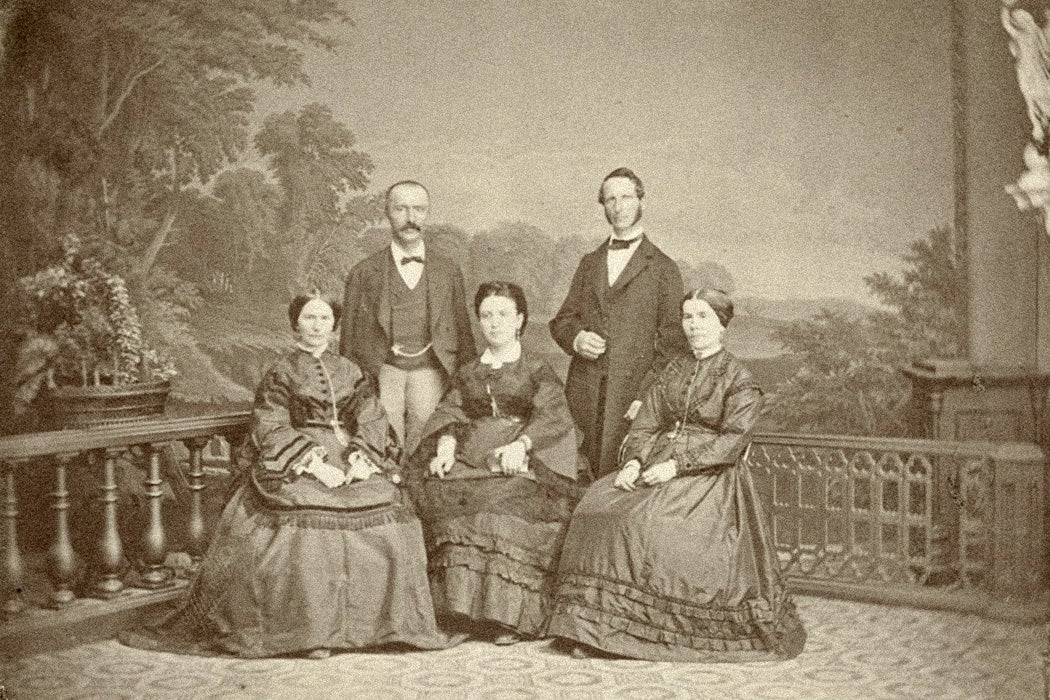 In his 1933 Archaeology of Palestine, famed American archaeologist W. F. Albright mused, “where expeditions are mixed it is highly desirable to have the Director’s wife present, both to provide a feminine social arbiter and to avert scandal.”

His advice evokes the male-dominated culture of archaeology in the Near East in the late nineteenth and twentieth centuries. But as Norma Dever writes, the wives of archaeologists actually performed essential—and overlooked—domestic and academic labor in this often-dangerous and exclusive climate. “The achievements of many famous male archaeologists in the ancient Near East have depended a great deal on their wives’ contributions to their work, which have gone largely unacknowledged, until now,” Dever argues.

Few people knew about Sophia Schliemann’s extensive work in Mycenae, where she dug with a pocketknife for months.

Some of these women were famous in their own right during their lives: Agatha Christie, the “Queen of Crime” and best-selling author of all time, married British archaeologist Sir Max Mallowan in 1930 after meeting him in Ur. She accompanied him on some expeditions, helping to wash pottery while also working on her mystery novels.

A photo of the beautiful Sophia Schliemann decked out in Priam’s Treasure, a cache of gold artifacts found by her husband Heinrich in modern-day Turkey, made her a famous face in the archaeology world in the mid-1800s. But few people knew about her extensive work in Mycenae, where she dug with a pocketknife for months—and helped illegally smuggle the golden artifacts out of the country.

At the turn of the century, Lady Hilda Petrie served as the chief manager of the excavations for her husband, Sir Flinders Petrie. On dig sites in Egypt, the British woman drew plans for her husband’s books, copied two thousand signs in the cemetery of Dendereh, employed workers, and controlled the couple’s finances—all while facing danger. “She was shot at while working at her desk, fortunately by an inexpert marksman,” Dever notes. “Unharmed and undaunted, she saw no reason not to continue working at her husband’s side.”

“I will only say that it was entirely due to my wife that the sources of the British School were raised, to enable work to be carried on by me and our students,” Petrie’s husband later reflected.

Albright, the influential American archaeologist, married Ruth Norton when she was a Ph.D. student studying Sanskrit at Johns Hopkins University. Norton ended her studies early to move to Jerusalem in the 1920s and eventually raise the couple’s sons. While many at the time undervalued the domestic labor—childrearing, cooking, and other unpaid work in camps—that Ruth Albright and others performed, their work was nevertheless critical to the success of the digs, Dever notes.

Dever herself was married to William Dever, a prominent American archaeologist, for much of her life, working as his secretary, accompanying him on digs, caring for their young child, and even typing his thesis. “In the last few years since our divorce, I am again typing for Bill,” Dever wrote in 2004. “But now he pays me!” she adds.

They Also Dug! Archaeoiogist's Wives and Their Stories
By: Norma Dever
Near Eastern Archaeology, Vol. 67, No. 3 (Sep., 2004), pp. 162-173
The University of Chicago Press on behalf of The American Schools of Oriental Research 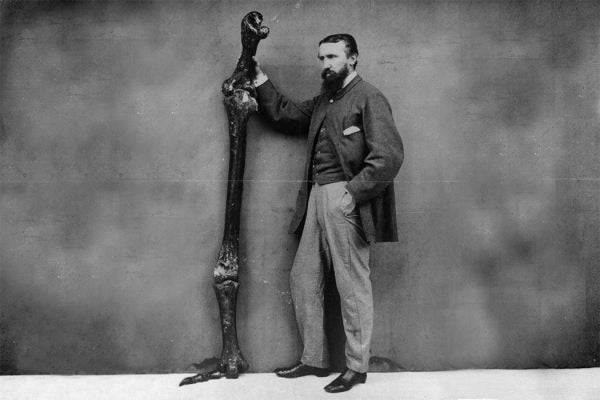 1877 was a banner year for American dinosaurs: three major finds in the West turned the region into a "paleontologist's El Dorado."