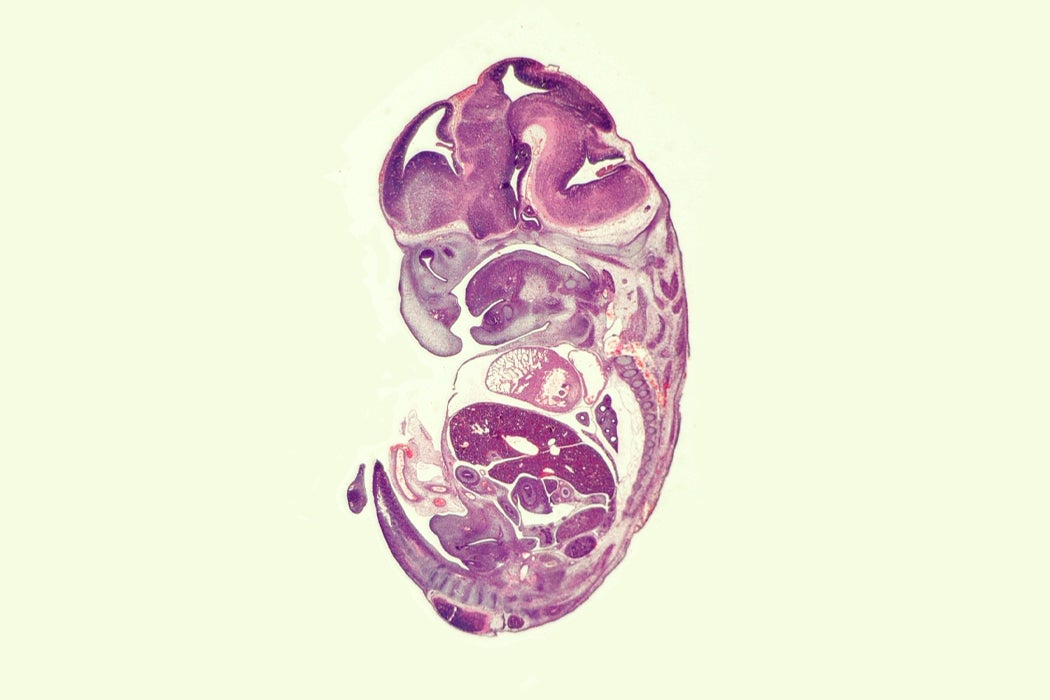 Japanese researchers are creating a human-animal hybrid. Mouse embryos will be implanted with human cells and then brought to term with a surrogate mother. To many, this sounds like the beginning of a dystopic nightmare straight out of science fiction, and indeed many ethicists have argued against this work. But what exactly is a hybrid organism? And what are the concerns?

After the treatment, the mouse embryo began to develop a rat pancreas.

David Shaw, et al., writing in the Journal of Medical Ethics, explain exactly how this process works. The term they prefer is chimaera, rather than hybrid. In biology, a chimaera is an organism that contains at least two sets of DNA. To create a chimaera, researchers inject stem cells from one organism into a mutant strain of a different organism. For example, in one previous experiment, researchers injected rat stem cells into the embryo of a mouse that lacked the ability to grow a pancreas. After the treatment, the mouse embryo began to develop a rat pancreas.

While these experiments are not exactly creating mythological beasts, scientific and ethical concerns remain. The ultimate goal of this type of work would be to grow human organs that are immune-compatible with recipients, thereby easing a major shortage of donor organs. The research, however, is a long way from producing human organs, if indeed it ever does.

In many ways, the ethical concerns are thornier than the technical aspects. Direct transfer of tissue between animals and humans raises concerns about animal diseases crossing over to humans, potentially threatening a large population. Another concern is that animals developing with human cells might somehow develop human physical or mental characteristics. The idea of, say, a pig with a human mind being used as an organ donor is horrifying. Shaw et al. believe the risk of either zoonotic diseases or developing human characteristics is low. They note that even if human tissue somehow migrated to an animal’s developing brain, it would still probably develop as animal brain tissue.

If this research is pursued, and especially if a working model of animal-human organs is developed, many animals will die. As a result, the traditional debate surrounding animal rights and welfare applies to chimaera organisms as well. 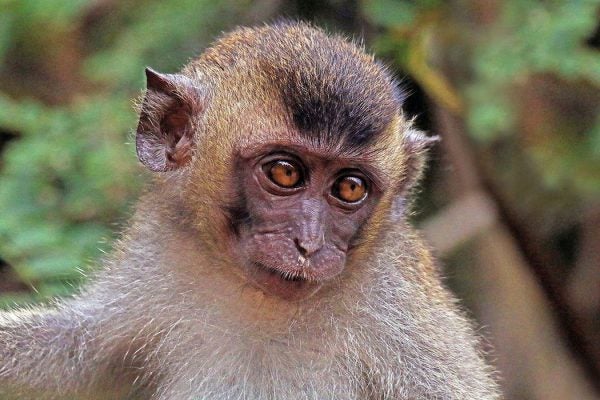