Zero-gravity gardening: why growing plants in space isn’t the same as here on Earth. 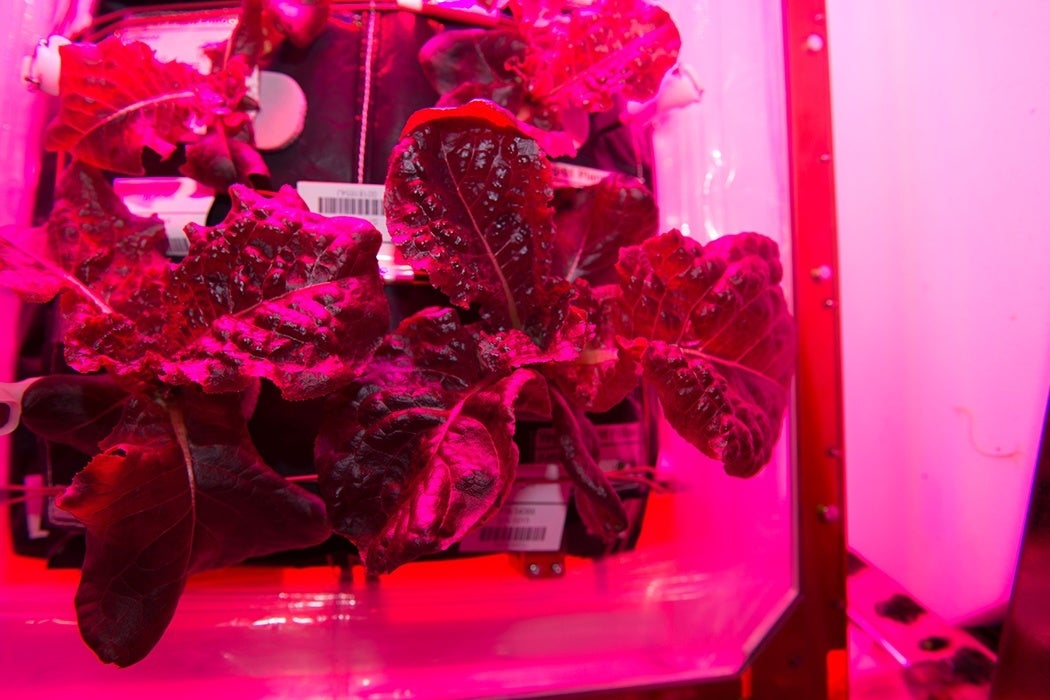 In a major milestone for space exploration, astronauts aboard the ISS enjoyed a bite of space-grown lettuce. It’s not like lettuce you would buy in a store— apparently it has such a strange appearance that most people would not recognize it as lettuce. Appearances notwithstanding, a garden can provide vital nutrition on a longer mission, such as to Mars, and provide a much needed diversion for mental health purposes. This latest effort is all the more remarkable considering that plants simply do not grow well in space.

Growing plants on a space ship might not seem so difficult, so long as light, water, and soil are available, right? Not so fast. Plants, it turns out, are a lot happier in the presence of something we take for granted: gravity. Gravity helps plants orient themselves and properly position their roots. Since hydroponic systems are less gravity dependent, they are favored for microgravity plant research. In order to conserve precious time and cargo availability on orbital missions, researchers have devised clinorotation, a system of growing plants under rotation that confuses them as much as real microgravity would.

The results? Lettuce yield was reduced nearly 20% under low gravity conditions, a figure consistent with other studies. Such limits do not rule out space-based gardening, but it does mean that efficiency will be of utmost importance in order to grow enough. Some plants fare better than others—arugula is better than lettuce, for example—so with some experimentation more suitable plants might be identified.

Besides gravity, Earth plants take another resource for granted: light. The power requirements of a spacecraft (the Starship Enterprise excluded, of course) do not allow for grow lamps or other power-hogging systems. Instead, plants must be grown under LED lights. The most efficient LED lights are red, but plants grown exclusively under red light fared poorly compared to white light. When some blue light was added to the red, yield and other measures of plant health improved. White (all spectrum) light is still the best, but plants grown with red and blue were almost as good.

Chlorophyll absorbs red and blue wavelengths for photosynthesis, reflecting green (so plants look green to us). Accordingly, these lights produce the minimum requirements for successful photosynthesis. The one problem is the appearance—with only blue and red light, the plants appear purplish, and plants in microgravity grow at odd angles. To make these strange plants look edible, fooling the astronauts’ instinctive revulsion, the ISS added green lights to give them a more “plant-like” appearance. Perhaps, the desire for fresh food on a long mission will probably outweigh any qualms about appearance.

So it seems, with LED lights and a microgravity-tolerant plant, astronauts can grow a serviceable garden. Let’s hope future astronauts like arugula! 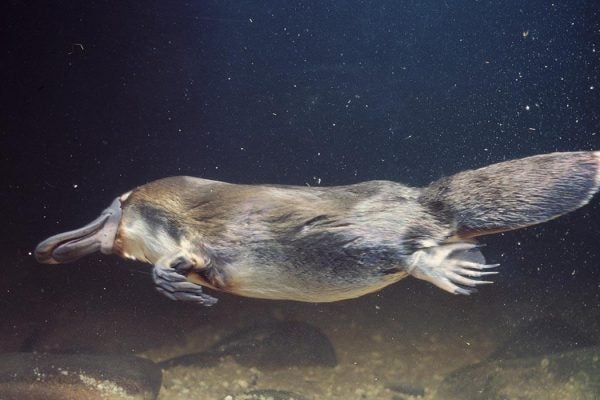 Venom Found in the Unlikeliest of Animals

Venom is used by some surprising animals, including mammals.