Frontier America in a Collection of Tin Cans

For Jim Rock, tin cans were as important as shards of ancient pottery. Each can told a story of nineteenth and twentieth century life in America. 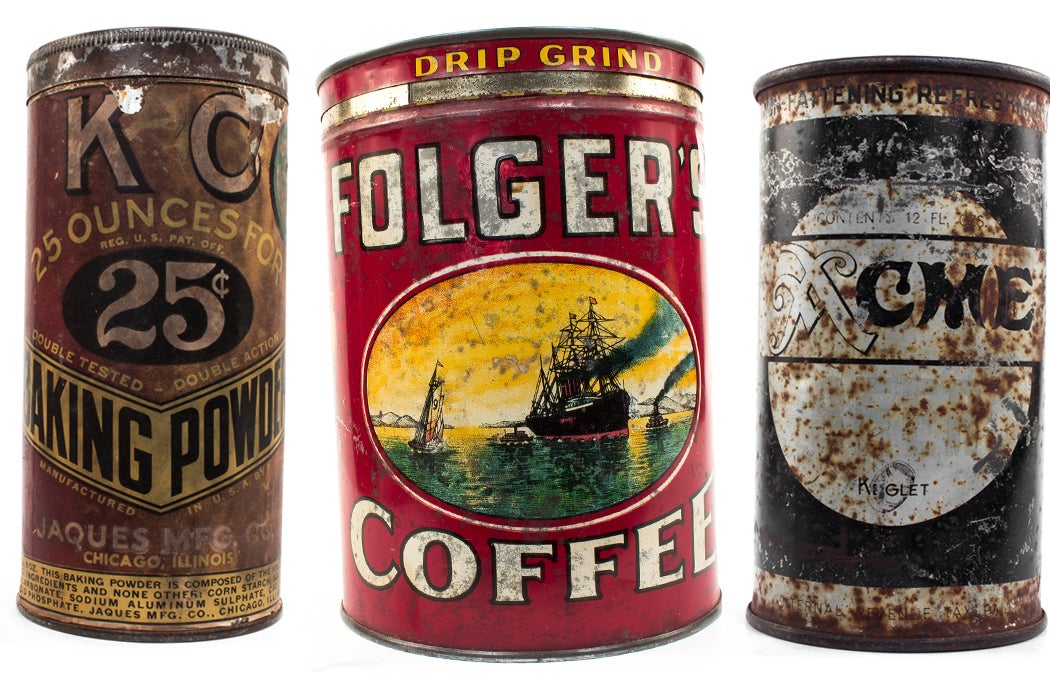 As Jim Rock traveled around the country in the 1980s and 90s, he carried a shiny black suitcase and a stack of 40 notecards. Inside the suitcase were artifacts of a not-long-past era of American industry: metal cans, often dented and rusted, each wrapped carefully in a white wool sock. On each of the typewritten and meticulously illustrated notecards was a distillation of years of research on can production methods, a topic most of his fellow archeologists considered to be, well, rubbish. What historical value was there in a 25-cent cylinder that once contained KC Baking Powder, or in an Acme Beer empty, or in a misshapen can found at a circa-1900 homestead, so weathered that its use was no longer recognizable?

For Rock, however, this litter was as important as shards of pottery from the Paleolithic. Each can told a story of life in nineteenth- and twentieth-century America, which some called the “Tin Can Civilization.”

The technology to preserve food and other perishable products such as tobacco in tinplate containers likely was first developed in the late 1700s. Cans came into commercial production in England in the early 1800s, but it was in the United States, a vast land with an increasingly mobile population, that the “tin” can—made first of tinplate, but in later years, often containing no tin at all—became a part of the cultural fabric. “The humble tin can,” Rock wrote in Historical Archaeology, “formed one important link between the developing western frontier of the United States and the industrialized East.”

Rock spent most of his career as an archeologist at Klamath National Forest, near the California-Oregon border. He gathered some of the first cans in his collection there.

The trappers and traders of Hudson’s Bay Company, a fur-trading business, were the first known travelers from the eastern edge of the U.S. to find their way to northern California, a resource-rich region, in the 1820s. (Those who arrived in the 1850s planned to stay longer; they were searching for gold.)

At first, prospecting supplies and canned foods were shipped by sea or carried north by steamboats and packed on mule trains for the final trip to the northern California gold fields. By the end of the 1800s, the tinned goods that were a staple of life in the rapidly growing mining, ranching, and logging towns arrived in even greater quantities by railroad. Nearly a century later, Rock was able to reconstruct life in those communities through the cans they left behind, some recycled into makeshift mugs or nail-perforated strainers.

At the Waldstein mining claim, which first operated in the 1870s near Eddy Gulch, just south of Klamath National Forest, archaeologists unearthed evaporated milk cans and opium tins. Scattered through the White Bear mine, which in the 1890s occupied Callahan’s Gulch, they found more evaporated milk and vegetable cans. In the can dump alongside the Weed Lumber Company camp, which stood near Grass Lake from 1908 to 1911, they dug up thousands more, and Rock collected many from later decades.

Over the years, Rock developed a field guide to dating and identifying these cans by their construction. A stamped cover that extended over the edges of the can’s body was the hallmark of the earliest mass-produced cans, patented in 1847. The classic sardine can, opened with a key, became widely available in the 1860s. Sturdy, double-seamed cans were first created in the 1880s, but the “sanitary” airtight version was not introduced until 1904.

Through careful research on the food companies behind each can, Rock could trace the use of baking powder, a mid-ninteenth-century advancement in baking that provided quick, reliable leavening. The KC brand in his collection was first introduced in 1890, though his particular can dated from the 1940s, when baking powder was a well-established part of the American pantry. A can of Acme Beer, packaged with a “church key” pull opener, promised “non-fattening refreshment” that “adds zest to meals”—and offered Rock a peek into alcohol advertising in the 1930s. And that seemingly unidentifiable battered can Rock uncovered at a McNeal Creek homestead? At about 3.25 inches high, with machine stamped ends, it had been, Rock determined, a can of condensed milk, another mid-ninteenth-century innovation. It allowed for the long-distance transport of milk without refrigeration, a staple for Civil War troops and homesteaders. Someone had pried this can open with a knife in the first years of the twentieth century.

After Rock’s death in 2010, his wife, Mary Ellen Rock, donated his can collection to the Southern Oregon University Laboratory of Anthropology. Jim Rock was a “can activist,” wrote archivist Shana Sandor and archeologist Chelsea Rose in an article announcing the university’s digitization of the collection. Rock’s interest in tin cans may have once seemed eccentric in a discipline more often focused on the distant past, but the collection now “reveals a history of innovation and ideas, exposes the habits and values of previous generations, and tells a stunningly complex story of the American experience using a seemingly simple everyday object. It is a celebration of our Tin Can Civilization.” 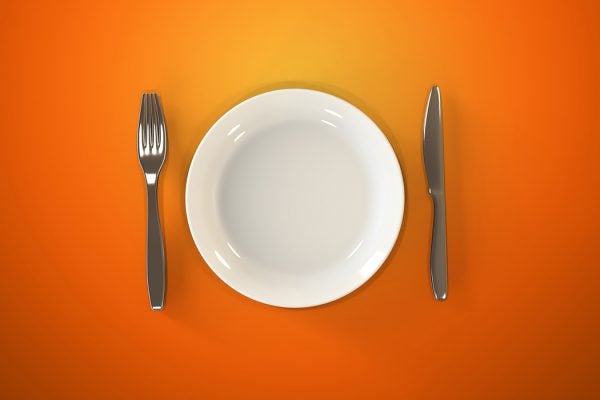 The Joy of Fasting

Fasting was once a religious endeavor. The idea that skipping meals could lead to improved health emerged around the turn of the twentieth century.