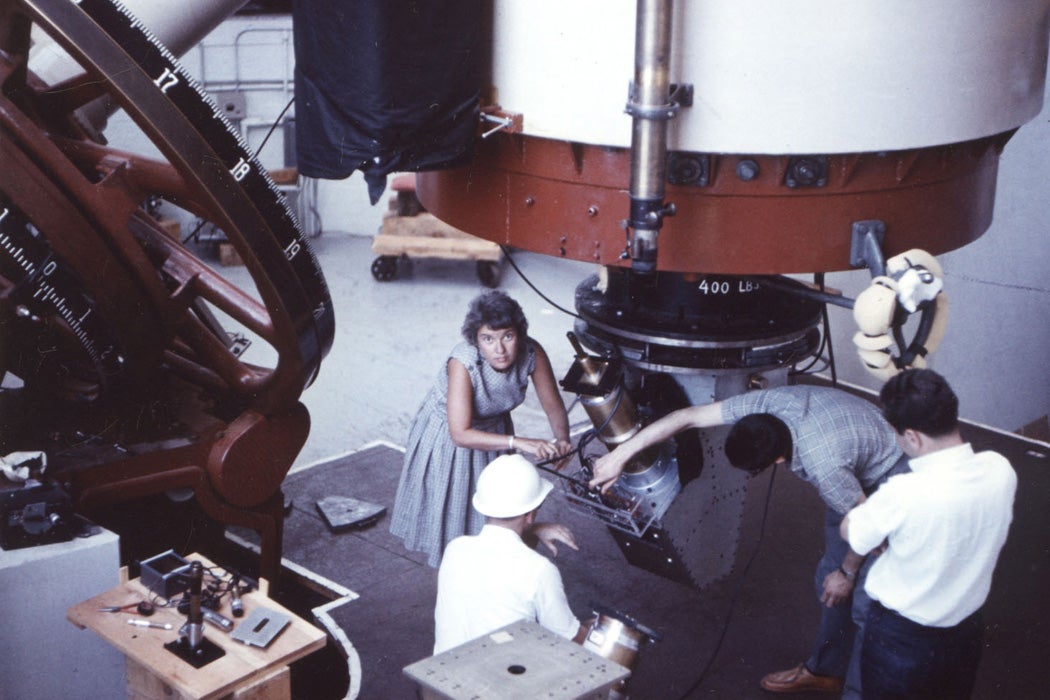 Vera Rubin was groundbreaking astrophysicist who discovered evidence of dark matter. At the news of her death at the age of 88, people are celebrating her breakthroughs, both in the realm of physics and as a woman in a male-dominated field. According to NPR, “Rubin, who was elected to the National Academy of Sciences and awarded the National Medal of Science, continually pushed for women to be admitted to scientific institutions and organizations.”

Which explains this little gem we found in JSTOR, “Neglect of Women in Science.”  Rubin writes, addressing an article about men sweeping scientific awards, “I would like to politely point out that neglect of women in science is sexism.” Download the PDF of her entire statement for free here.