Fraud Against Seniors: Can Scholarship Help Fight It?

Are some seniors more in need of education than others about fraud against seniors? 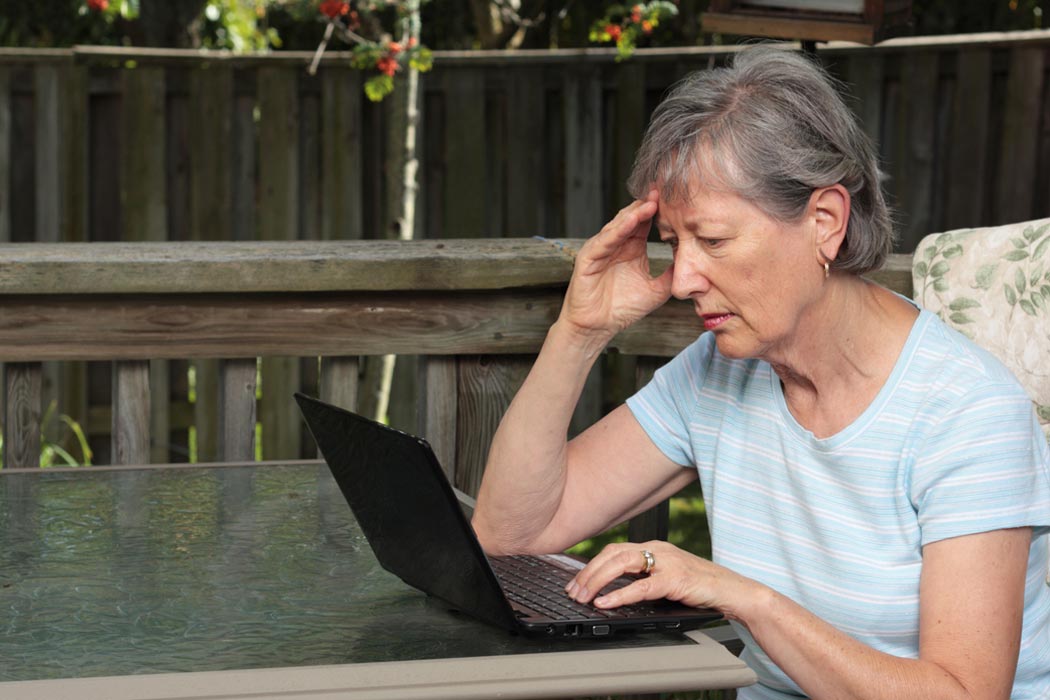 Congratulations! I’m calling to tell you that you’ve won a Mercedes Benz in the Global Luck Sweepstakes! This prize has been independently verified by the Contest Monitoring Agency of Indonesia! You can call our attorneys at 333-405-9999 to confirm. Just wire me $3,500 to cover customs fees and legal documents, and your car will be on its way!

Think that most people receiving this call would recognize that it’s a scam? Think again. If they are over 65, even recipients who can’t remember ever entering a Global Luck Sweepstakes are all too likely to fall for it. According to the FBI, victims of such cons include PhDs, doctors, and other highly accomplished individuals with no signs of cognitive impairment. They follow directions to the letter, calling “law firms” with untraceable cell phone numbers and sending cash to so-called “prize agents” around the world. Many lose their life savings, self-respect, and peace of mind.

A study by the MetLife Mature Market Institute estimates that $2.9 billion is stolen each year by these swindlers—more than the total city budget of Minneapolis or the gross national product of Aruba. Some of them are brazen enough to hire collection agencies that hound targets when they don’t pay up. The nonprofit Investor Protection Trust reports that one out of every five Americans over 65 has already been fleeced—and the problem is getting worse. Last year, the Federal Trade Commission warned consumers that crooks are increasingly impersonating government officials to lend credibility to phony contests. These “representatives” from made-up agencies claim to be supervising the distribution of big prizes or collecting taxes on winnings. They give out the phone numbers of real agencies or use Internet phone technology to fool people into believing they’re calling from Washington, DC.

Fake sweepstakes are only one of many telemarketing schemes sweeping the country. There are also charity hustles, often using a distorted version of a legitimate organization’s name like “Cure Cancer Society” or “Save Haitian Children.” In a common credit card company fraud, a caller claims to be checking out a possible improper purchase; when seniors deny making the purchase, the caller demands the three- or four-digit verification code on the back of their cards. Another popular gambit is the “Grandpa plea”: a young-sounding caller says, “Grandpa, it’s me, your grandson. I’ve been in an accident (or robbed, or gotten sick) out of town. Please wire me money right away!” Typically, the senior responds by using a real grandchild’s name, as in “Oh, Bobby, that’s terrible!”—giving the crooks valuable personal information that they use to embellish repeat pitches (“Hi, I’m calling for Bobby because he’s in the hospital and needs your help!”).

Worse, there’s an active and lucrative trade in such information. Fraudulent telemarketing companies routinely buy and sell “mooch lists” of people identified as easy prey, then bombard them with calls from illicit phone banks known as “boiler rooms.” Thousands of such underworld enterprises operate in the US and Canada, while others target US residents from locations like Jamaica, Nigeria, and the Netherlands. To avoid detection and easily move from place to place, a growing number work out of hotel rooms and use rented mailboxes, disposable cell phones, and prepaid calling cards.

Education is the best defense against fraud. But some seniors may be in more need of education than others.

Federal authorities are paying attention—lots of it. In recent years, Congress has enacted strong laws against counterfeit sweepstakes, fake charity appeals, and other telemarketing frauds. The FBI works with all 50 states as well as other governments to expose and prosecute some of the most sophisticated international operations stealing vast sums from seniors. But even ultra-aggressive law enforcement activities can only scratch the surface. Realistically, there are insufficient resources to chase scammers around the globe. And many victims never report the crime; they feel embarrassed, don’t know whom to contact, forget what happened, or fear that worried family members will curtail their independence if they own up to being duped.

Most experts agree that the best weapon is education. Seniors need to be able to recognize the danger signs and know when to hang up. But no one seems sure what medium is most effective: outreach programs range from printed booklets to online PowerPoint slides, and a recent report by the General Accounting Office concluded that current efforts aren’t making a big impact. Another key question: are some seniors more in need of education than others?

In the Journal of Public Policy and Marketing, two scholars addressed these issues in “Elderly Consumers’ Receptiveness to Telemarketing Fraud,” an article that is as timely today as when it was published in 1999. Jinkook Lee and Loren V. Geistfeld acknowledged the research challenge, writing: “The uniqueness of fraud as opposed to other types of crime makes it particularly difficult to document and study. Consumer fraud victims must be persuaded rather than forced to give up their money.” However, the authors offered valuable insights into what makes seniors vulnerable. They also tackled the communication question: what’s the best way to deliver the warning message? While some of their findings seem counterintuitive, Lee and Geistfeld’s analysis deserves to be revisited by current policy makers struggling to stem the scamming tide.

People who fall prey to scammers share a willingness to listen to telemarketing calls, and a somewhat positive attitude toward the callers. For example, they describe telemarketers not as lawbreakers, but as “just people doing their jobs” or “honest people who are unaware that they are working for a shady business.” In addition to this mindset, Lee and Geistfeld observed, they also exhibit a key behavior: frequently sending money to unknown sellers. As the authors pointed out, “consumer victimization occurs only when consumers act on the offers of fraudulent sellers.” In other words, seniors’ perceptions and psychological orientations don’t matter unless they respond to the scams.

When receptivity to telemarketers was defined in this combined psychological/behavioral way, the researchers found that high-risk seniors were more likely to be male than female—contradicting a common belief that women are the more vulnerable sex when it comes to fraud. Moreover, their analysis of data from two AARP-sponsored national surveys indicated little or no relationship between receptivity to telemarketing and the demographic factors most often assumed to play a role—including income, education, being retired, and living alone.

A fundamental characteristic of victims, argued Lee and Geistfeld, is that they seek social interaction from crooked callers and are oblivious to red flags. Instead of focusing on the nature of a scam, they respond to the personal attention and phony intimacy of the scammers. For their part, predators perceive this need and turn on the charm, making it hard for their targets to see them as hardened criminals instead of chatty, cheery “friends.”

Another insight from the analysis: less than 4 percent of survey respondents perceived fraudulent telemarketing as an organized criminal enterprise. Instead, seniors attributed the wrongdoing to “flimflam men” or solitary scoundrels. To the extent this belief exists, it increases the likelihood that after being swindled by one con artist, the victim can readily be fooled by another. It further cloaks the fraudsters as rogues, rather than as part of systematic, pitiless crime rings.

Lee and Geistfeld made two proposals based on their research.

Other academics have trained their sights on racial and ethnic minority communities, where a disproportionately high poverty rate makes financial fraud particularly devastating. In their 2006 NWSA Journal article, “Taking Up Our Elders’ Burdens as Our Own,” social work scholars S. Alease Ferguson and Toni C. King explored the shattering psychological and social effects of these crimes on elderly African American women, observing “a sense of dehumanization and isolation” that exacerbates the monetary impact. They also found that women caregivers are “co-victims” who may experience deep feelings of rage, anxiety, self-doubt, and inadequacy on behalf of their victimized relatives.

At a time when the US Bureau of Consumer Protection has made elder fraud a priority—alongside ongoing initiatives by the US Department of Justice and FBI—these ideas may now have their moment. In keeping with the recommendations of Lee and Geistfeld, a 2009 report of the National White Collar Crime Center describes some success with an educational tactic dubbed the “reverse boiler room,” where volunteers call potential victims to provide prevention tips. As the researchers suggested, advocates pull no punches in describing the threat: for instance, the National Council on Aging describes financial fraud as “the crime of the 21st century.” Reflecting the concerns of Ferguson and King, government agencies like the FTC vigorously pursue predatory schemes targeted to communities of color, while organizations like Women of Color Network collect data and offer resources to support culturally sensitive educational outreach.

Clearly, the field needs sustained attention as well as more research. A new generation of scholars should have plenty of motivation to get involved—because no one is immune. They, or their elderly relatives, could be the next targets. 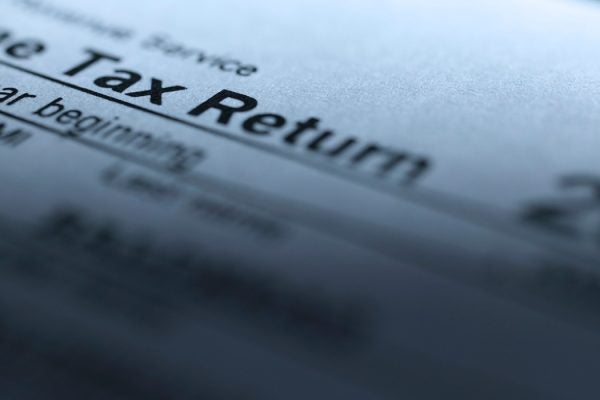 The House of Representatives recently agreed to extend some business tax breaks retroactively into 2014. But the Wall ...