Feminism, Self-Defense, and (Not) Calling the Cops

The feminist movement of the 1970s worked to raise awareness of violence against women, but diverged on the role of law enforcement in fighting it. 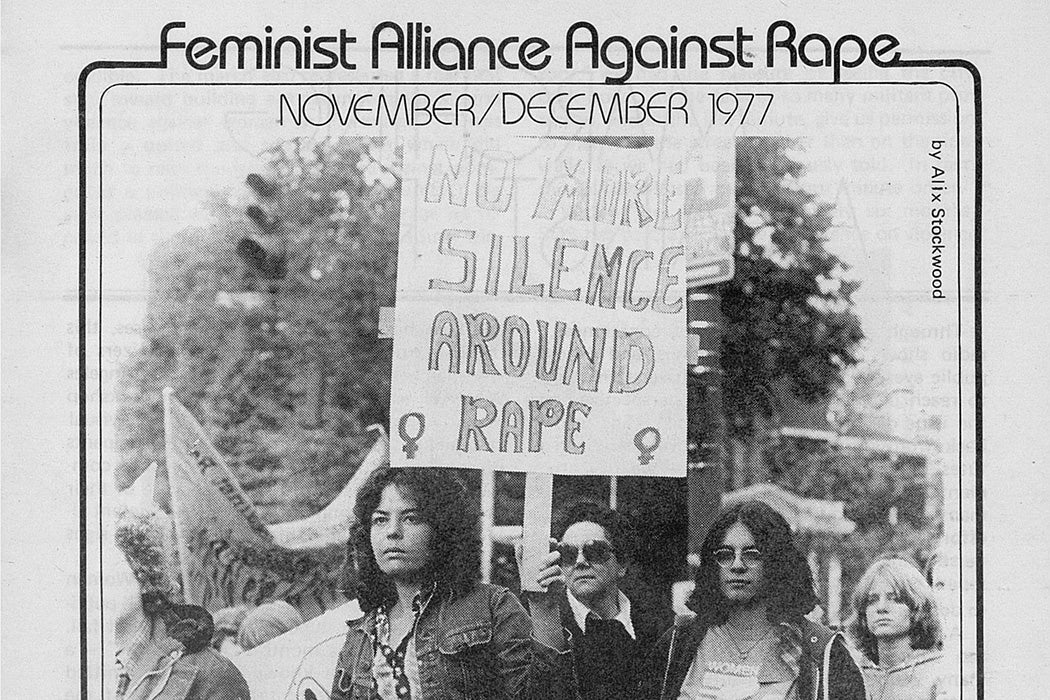 For many Americans, the rise of the feminist movement in the 1970s brought a new awareness of the widespread violence women faced, particularly from people close to them. And then, like now, many people reached the conclusion that the solution should involve policing and incarceration. But, as politics and law scholar Emily Thuma writes, a significant portion of feminist groups, especially those led by women of color, pushed back against this idea.

Starting in the early 1970s, Thuma writes, feminists founded hundreds of rape crisis centers and shelters for victims of domestic violence around the country. These organizations offered resources, counseling, and support to individuals, and many also tried to educate the larger communities where they were located about violence against women.

Some organizers, and some victims of violence, pushed the criminal legal system to ramp up punishment.

One issue these organizations often worried about was police and courts’ tendency to ignore violence against women. Some organizers, and some victims of violence, pushed the criminal legal system to ramp up punishment. That put them in an inadvertent alliance with a growing law-and-order government agenda.

But, Thuma writes, this tendency didn’t go unquestioned. For example, in 1974, a group of women active in the DC Rape Crisis Center founded the Feminist Alliance Against Rape Newsletter (FAAR). They sought to address concerns that “the rape issue was being co-opted” by government funders and politicians with a law-and-order agenda.

FAAR devoted its second issue to incarceration, arguing that “encouraging women to prosecute a rape [helps] to reinforce the legitimacy of the criminal justice system.” One article in the issue was written by the founders of Prisoners Against Rape, a peer-education program organized by Black men incarcerated for rape.

This brought a swift backlash from other feminist groups, such as San Francisco Women Against Rape, which criticized FAAR for supporting “male rapists’ needs and rights.” FAAR’s editors responded that they did not believe increased convictions would eliminate rape, and that feminists might do better fighting not for individual convictions but for broader social changes.

Thuma writes that feminist critiques of policing and incarceration coalesced around several incidents in which women of color were arrested for killing a sexual assailant. The most influential of these was the case of Joan Little, a 20-year-old Black woman held in prison in North Carolina who, in 1974, fatally stabbed a white guard who was attempting to rape her. A majority-white grand jury indicted her for first-degree murder, making her potentially eligible for the death penalty. Over the months that followed, Black feminist organizers from local colleges and groups including the Black Panther Party organized support for her. The campaign not only helped lead to her acquittal, but brought nationwide attention to the particular dangers incarceration posed to Black women.

As Thuma concludes, movements for women’s rights and racial justice continue to debate these issues today.