The legacy of Jean-Paul Gaultier. 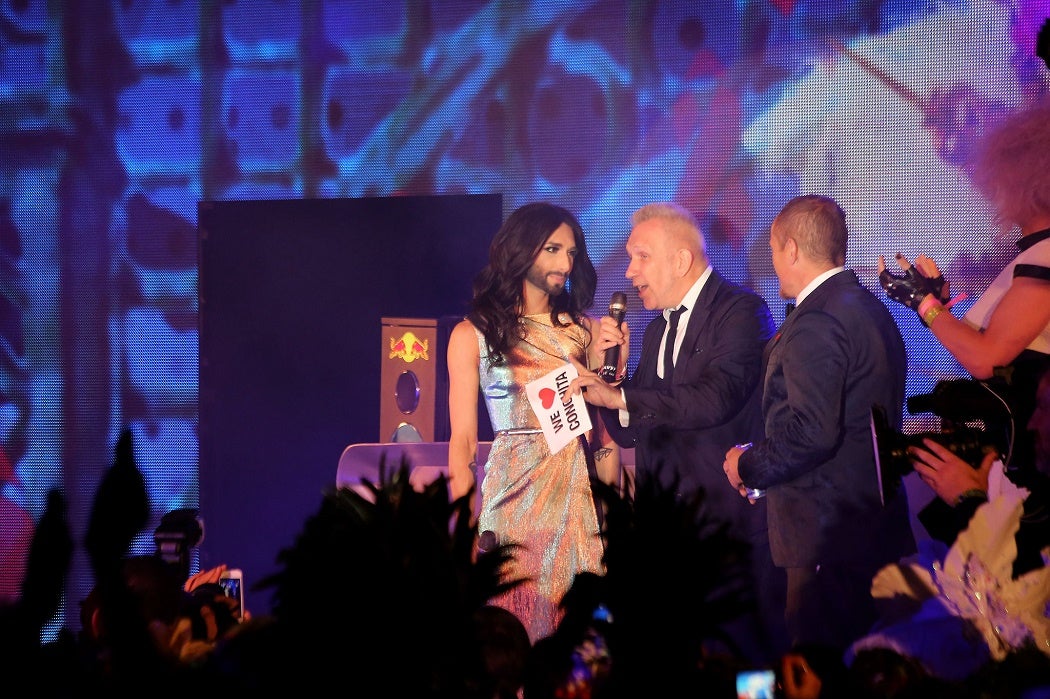 Jean-Paul Gaultier, a one-time enfant terrible of French fashion, recently announced he would close his prêt-à-porter business, with last week’s Paris runway show as his last. Gaultier will continue to design a haute couture line, but his retirement from the mainstream is a sign that even in Paris, fashion is no longer a bastion of whimsy and outsize personality; there too, profits and salability reign.

The legacy of Gaultier is forever interwoven in the rise of androgyny in the late 80s and early 90s. Decades before Marc Jacobs donned a kilt, Gaultier sent men down the runway wearing skirts—and in suit jackets emblazoned with naked kouroi. Gaultier is surely best known for dressing pop provocateur Madonna in the infamous “cone bra” corset, worn over pin-stripe pants in her “Blonde Ambition” tour: lingerie becomes outerwear in a perverse display of female power. Gaultier became something of an icon himself, dying his short hair blonde (until it turned white) and taking as a uniform the blue-and-white-striped French sailor’s shirt worn by title character of Genet’s Querelle (at least in R.W. Fassbinder’s 1982 adaption, an admitted influence on the designer).

Not all of Gaultier’s provocations were sexual in nature. Controversially, he based a 1993 women’s collection on the traditional garb of Hasidic Jews (the show was titled “Les Rabbins Chics”). Shock was only one aspect of Gaultier’s cultural appropriations. Like Yves Saint Laurent before him, Gaultier was a magpie of stylistic references, drawing on Russia for one collection, on Asia for another—all in the service of luxe fantasy.

It is ironic that Gaultier moved from gender-bending “punk pilferings,” as Nita Rollins describes his earlier designs, toward the realm of high-end costume drama in his more recent collections. Rollins notes that Gaultier’s designs were initially aligned more with “haute couture’s nemesis prêt-à-porter,” which “takes its cues from popular music (video) and movies, from everyday ideologies of work and play.” Gaultier’s “high-low” fashion bricolage, once so novel, became thoroughly routinized into the accelerated cycles of the industry. As the introduction of Chanel-branded grocery store baskets make clear, high-low hybrids have become business as usual, in more than one sense.

It is ironic that the designer who began by thumbing his nose at the proprieties of high fashion has now retired to its museum-like precincts, haute couture. Perhaps this shows that once again the successful avant-garde gesture is inevitably absorbed into the mainstream. Or perhaps it shows that the rebel really wants all along to become a classic—in his own fashion. 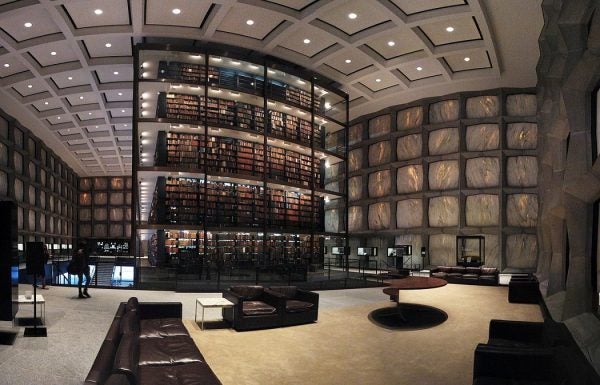 Charles Bernstein, co-founder of the Language Poetry movement, has announced the gift of his papers to the Beinecke Library at Yale University.